I think I’m going to confess something here which has taken me by surprise to be honest. Listening to what is called “Blues-tinged Psychedelic Stoner Rock” is something I’m diggin’ man. I love this shit. 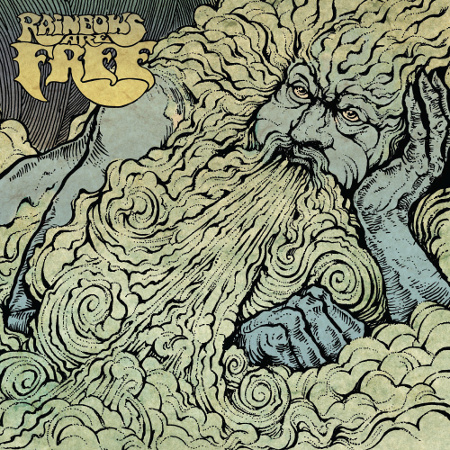 Has that ever happened to you? The muddy guitars with hints of the mighty ‘Sabbath at intervals and those arrangements cannot be excused; and quite frankly I’m glad about it.

This is the second album by the Oklahoma crew who remind me of a twisted mix of The Vintage Caravan, Orchid and Monster Magnet. Check out the title track to grab yourself an insight in to the grubby world of Rainbows Are Free…

Finding myself swaying and singing along with ‘Sonic Demon’ was embarrassing, due to the grass-cutting obsessed neighbour walking past my window at the time and looking rather unsettled by what he witnessed. Knowing that a song has the title ‘Speed God And The Rise Of The Motherfuckers From A Place Beyond Hell’, took me back to the days when I thought Zodiac Mindwarp & The Love Reaction was the most outrageous name in the Universe of Rock music.

Even at the beginning of the song there is an evil chuckle, so maybe the band knows how utterly cool the song title is and how it’ll shamelessly blow the minds of those who stumble across it?

Taking responsibility for grinding the final parts of the remaining brain as the album winds up is ‘Comet’ which I was hoping would be something spectacular. It didn’t feel that way for me, but ‘Comet’ does end the album with some integrity. Not every band is going to pull something special out of the bag like Rival Sons did with their closing track on ‘Great Western Valkyrie’ in the shape of ‘Destination On Course’.

‘Cadillac’ does an honourable job in the middle of the album too with its lumbering sections mutating in to wilder outbursts.

Two of the tracks hit below the three minute mark and arrive in the feisty silhouette of ‘The Botanist’ and ‘Snake Bitten By Love’.

They melt in the ears with a sizzle and shake. They make the idea of being snake bitten by such an ominous emotion something to savour and to be addicted to; bring it on baby, I want to be dripping in the stuff.

On reflection, it all wades through the mire of heavy grooves and colourful lyrics with such consummate ease. Time to let loose man ‘cos the breeze is pushing the fumes of what these guys are pummelling; and it’s rising from a place beyond hell. 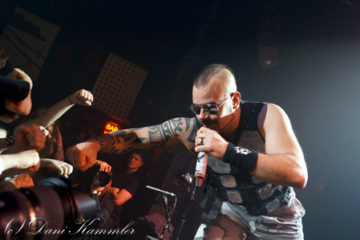