Winger, the brand, is perhaps in many ways better known than the actual band and their music themselves. Partly because of a certain cartoon in which they featured on a T-shirt and partly because after the demise of many bands in the 90s because of grunge, the internet and social media can now be used to great effect to keep a band alive.

It’s to Winger’s advantage that the Beavis & Butthead issue which may have had a negative short-term effect on their career, has also allowed the band continued profile ever since.

The question I wondered before tonight’s show was how could a band whose ‘commercial’ era was a small window from 1988-1993, and who were famous for being on the wrong T-shirt, be relevant today? Well, in short, just check social media.

I tweeted that I was going to see Winger earlier in the day and got an immediate response from a couple of mates, curious to know what the band would be like, and more importantly, post-gig there is just tons of Twitter traffic which illustrates the genuine affection fans have for the band:

“#lovewinger”, “huge fan of the self-titled record; view it as a sort of White Album of its generation”, “#wingerrockslondon”, “an awesome night, thanks guys”, “thought I’d wear my Winger T-shirt today”, “fantastic show”, “this (‘Better Days Comin’) album is genius”… and so on.

So to the show! Winger are seriously talented musicians and there was a buzz around the band tonight, I think partly because it was Kip’s birthday and partly because they were genuinely excited to be playing London.

Opener ‘Midnight Driver Of A Love Machine’, one of their new tracks, is a really interesting song and has a solid, heavy crunch, showcasing the band’s hard rock credentials. It’s fan favourite time after that with ‘Easy Come Easy Go’ and ‘Hungry’ and by the time we get to ‘Stone Cold Killer’ and latest single ‘Rat Race’ it’s clear the band have aged well, like a fine wine.

I would have enjoyed more of the heavy newer tracks, but the fans and the band are there to enjoy the nostalgia of the early material and Winger do not disappoint.

Embracing the early years, Kip went behind the keyboard for the sentimental ‘Miles Away’ and ‘Headed For A Heartbreak’ then went back to his bass for the cheesy ‘Can’t Get Eunff’. After a few more classics and some solo showing off from Reb Beach, the band delivered a high-energy encore of ‘Seventeen’ and Van Halen’s ‘Ain’t Talkin’ ’bout Love’, complete with a member of the audience plucked from the crowd (having assured us he was a musician) to play Kip’s bass!

Throw in the obligatory drum solo from professor Rod Morgenstein and shredding slots from John Roth and especially Reb Beach, this show ticked all the classic pop-metal boxes and gave grunge a good kick in the teeth.

Credit too goes to openers JettBlack and Blackwolf who set the tone for a great evening. Jettblack in particular laid on a great old-school rock show – ‘Raining Rock’ and blasting out new material. They’re on tour in October. 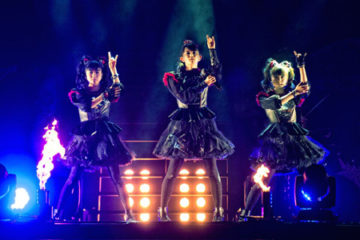