KIP WINGER: IN CONVERSATION ABOUT WINGER AND HIS SOLO WORK

In recent times I have become a fan of Kip Winger’s classical output which really is a contrasting style of music to his testosterone output with the band Winger. 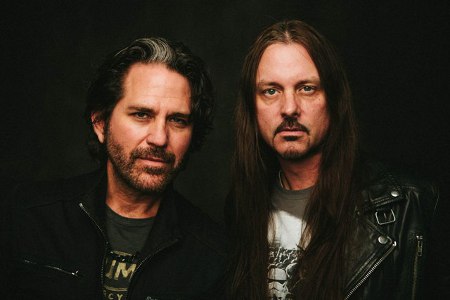 The band have a new album in the shape of ‘Better Days Comin” so the promotional machine was grinding in to action, and I was thrilled to have the opportunity to chat with the man who was behind such intense classical arrangements like ‘Conversations With Nijinsky’ and ‘Ghosts’ as well as being the focal point for a band with hit singles like ‘Miles Away’ and ‘Seventeen’.

Our conversation began with me noting the album title and the positive connotations from such an album name as ‘Better Days Comin”.

Kip: “Well it’s funny, it’s more of a sarcastic title actually. There’s so much shit going on in the world that there’s gotta be better days comin’ basically. How much further down can you go? So there is an element of sarcasm to it, but you know the song is a feel-good song, the actual track ‘Better Days Comin” it was our answer to ‘Down Incognito’ when we wrote that we were thinking that might be a good name for the album ‘cos it’s so fresh. There wasn’t any huge concept behind it or anything like that.”

I picked up on the reference to the title track and probed further.

Kip: “It is generally a happy song. Basically, like, just forget about your troubles because there’s plenty of them. It is very seventies; we had trouble finding out which era it actually came from because the verse is, well it’s not really a sixties sounding verse and when you hit the chorus it sounds like it could have been Earth, Wind & Fire or something.

“That’s just the way it happens with Reb and I, we follow on to certain things and you know, right out of nowhere we have this wacky song and we don’t know where it came from. Like I say, it was really our answer to ‘Down Incognito’ because we wrote the whole record, and I thought we need an up-funky song like ‘Down Incognito’ so we wrote that.”

I shared my observation that it had been nearly five years since the band’s last album and what it must have been like to approach a follow-up album to ‘Karma’ which was so well received.

Kip: “It’s funny; I didn’t even know there was five years between albums until we sat down to do it. Honestly, it’s like Reb you got any time to make a record? ‘cos he’s out with Whitesnake you know. Whitesnake stopped touring for a while, and I was like cool – let’s make a record. So he flies here; we sit down and crank up the drum machine and start ripping out the riffs. It’s the same as it was since the very first album. 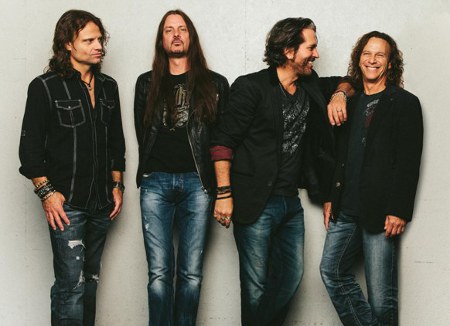 “I’ve never gotten in to my head about it, ‘cos you can really out-think yourself to oblivion and get writer’s block and stuff. We just sit down and come up with the coolest riffs we can. We’ve always been a riff-orientated band since day one. ‘Seventeen’ guitar riff – to this day it’s hard to find guitar players that actually play it correctly in cover bands and stuff. So we just really focus on trying to make cool riffs really, writing like these pop melodies over them and that’s the same way with every single album; try to be self-critical about which ideas are good and which ones suck!”

At this junction of his answer, it reminds him of something else he wants to share. I’m all ears as he continues.

Kip: “It was quite the contrary actually, we felt like people liked ‘Karma’ so we don’t have anything to prove anymore. I mean, we wanted to do something good but it was like, what do you want to do now? Where do we go from here? You know we just did it the same exact way we always do it and just keep a watchful eye that the ideas are at a certain quality you know, that’s really the key to what we do.”

The first single from ‘Better Days Comin” is the hard rocking ‘Rat Race’ which I referred to as being “riff-tastic”, and I asked whether that was Reb bringing the main idea to the creative table.

Kip: “Yeah totally. That’s a great word actually – I’ll have to adopt that. “Riff-tastic”; ‘Queen Babylon’ is like; I tell this story a lot; we were in one of those things where we’re writing and it’s terrible. We’re both not getting off on it; it’s sucking – Reb just like breaks out and Reb goes – This sucks! We need something like this, and he played the whole riff verbatim; one riff – just done! He pops them out like that every once in a while. You can see very clearly in the ‘making of’ we did on this record which is by far the best ‘making of’ we’ve ever done – like how the whole thing went down. But yeah, ‘Rat Race’ was a “riff-tastic” riff that Reb just fuckin’ popped out.”

Kip expresses how some galloping riffs don’t always appeal to him, but on these songs they felt right and sounded good.

Kip: “The guy who wrote the words you know, Donnie Purnell from that band KIX – he used to be in them, well Donnie wrote the words for both ‘Queen Babylon’ and ‘Rat Race’. They turned out really good, so I was happy with that. A lot of times on this rock stuff nowadays, I can only write a certain kind of lyric anymore ‘cos I’ve written so many “fuck me” songs that I just don’t have it in me anymore.

“I’m really good at political satire and like introverted weird emotional songs like ‘Storm In Me’, but if I’m blocked for one second I’ll just send it over to him and say got any ideas? Sometimes he does, sometimes he doesn’t. But he did on that, on those two he did a great job.”

My curiosity gets the better of me and I steal the chance to tackle Kip about the comparisons between his solo output and the band Winger.

Kip: “The solo thing is like how much experimenting can I do to bring this together? You know it’s like Peter Gabriel meets America meets Neil Young meets; I mean Debussy in classical music. There’s all these different elements that go into my classical music that’s a complete experiment plus I work with other players and let them jam over it, and then I edit their jamming. With Reb and me it’s like okay, riff number one – let’s do this riff. We then get the riff happening, and once it’s happening like, we go to the next section. Like I say its riff-orientated music and we write melodies over riffs.”

When I heard ‘Ghosts’ and knowing the reception for his classical arrangements were positive, I pushed Kip further about how the solo aspect came to be. 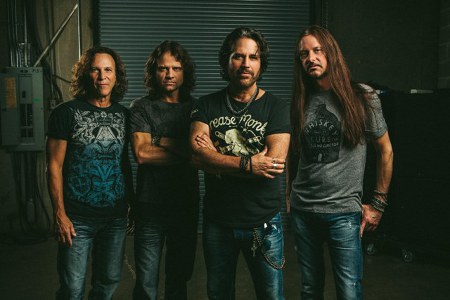 Kip: “When I studied ballet as a kid I heard Stravinsky and Debussy and all these classical composers, I thought ‘fuck, somebody wrote that?!’ It kind of blew me away that somebody wrote it. I never had formal training, but right around ‘This Conversation Seems Like A Dream’ time my first wife died in a car wreck; and there was really nothing left for me to do but to study. I really began at that time to study the real essence of what composition is all about with some really amazing teachers.”

Kip reveals the success of the classical venture and also announces: “That’s been my musical passion that overrides everything. I could give all this up just to sit at the piano and compose classical music. That’s really my highest calling and I love doing the band though and its fun. I have gigs and opportunities and stuff. Anyone in their right mind; who would turn it down that’s kind of how that goes.”

This experience talking with Kip Winger was eye-opening for several reasons. You receive the nonchalant Rock guy who has achieved commercial and critical success over the course of his band’s six studio albums, but there is a man who works hard and pushes himself to accomplish far more complicated and intricate results through his love of music. He has survived the lowest of times like the bad press received via ‘Beavis And Butthead’, and when Metallica were throwing darts at a Winger poster in one of their videos. But Kip Winger has also risen from those times to stand proud with an album like ‘Karma’ and know that due to his prior successes that his band can record and release albums when the times are right. 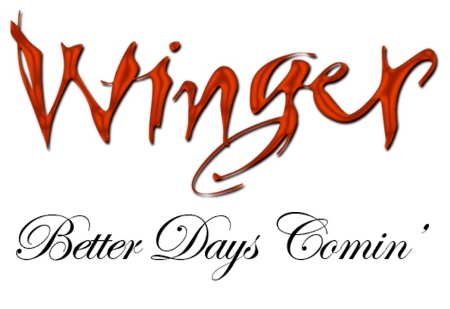 I wasn’t as impressed with ‘Better Days Comin” as I was with ‘Karma’ and you can read my review elsewhere on the mighty MetalTalk. It sounds like a band trying out different things that felt right at the time, and perhaps it will prove to be a grower? All I do know is that after speaking with Kip, he really wishes to pursue his classical forays more and more.

With ‘Ghosts’ and ‘Conversations With Nijinsky’ coating my ears with a constantly progressive classical arrangement, all I can say is that he’s very good at composing and it’ll be interesting to see where it takes him.

CELEBR8.3 AT THE ASSEMBLY ROOMS, ISLINGTON MAY 31ST-1ST JUNE

KIP WINGER: IN CONVERSATION ABOUT WINGER AND HIS SOLO WORK