I’ve heard some very high standards regarding albums during these first few months of 2014. One of these really emotive collections arrived wrapped in some striking artwork and went by the name of ‘Argia’. It is the third studio album by Spanish Gothic Metal merchants Diabulus In Musica and when I had the opportunity to chat with both of the founding members I leapt at the chance. 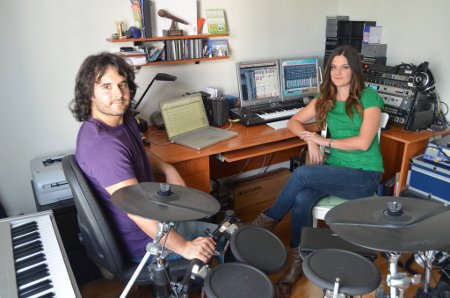 Keyboardist and aggressive male vocal responsibilities fall to Gorka who works well with superb lead vocalist, arranger and generally multi-talented Zuberoa. Despite their English being a little rough around the edges, we all leapt in to the conversation with gusto and this is what was shared during our time together.

I kicked off the interrogation by asking what they thought of this new album in comparison to their debut 2010 album ‘Secrets’.

Zuberoa: “It’s much more mature and also because of the way we started to write these songs, it was quite different than before. With ‘Secrets’, it was kind of a collection of songs as the guitarist said; it was like the greatest hits of the first year of Diabulus In Musica…”
Gorka: “First hits of the rehearsal room!”

Zuberoa: “We were somehow searching for our own sound and searching ourselves as a band because we only had the clear idea we wanted to do Symphonic Metal because we come from the classical field and also from the Metal scene. That was the only clear thing we had, it was going to have two elements, the music; Metal music and Classical music.

“Then when we wrote ‘The Wanderer’, our second album, the premise was different because we wanted to try something new. We decided to write first a story and then put the music as if it was a soundtrack, it was just an experiment. We had a clear idea how we wanted the album to be. Everything was planned. Here we are going to do a very hard song; and here a ballad; and the story is going to tell this with this song and so on.

“With this one it has been really different; we had to face a big problem. The band members decided to leave the band and it was a very hard moment for us. We didn’t know if we were going to continue with the band. For us, it was like a family. So to lose the other band members it was like there was no sense to continue. Diabulus In Musica is the five of us. But that was only the first thought. But then some weeks later, we said – okay, we are the founding members, Gorka and me, we are the main composers of the band so it makes no sense for us to leave…”

Gorka: “We achieved so much with those two albums and we needed to continue with the band.”

Zuberoa: “That’s why the new album was born, and how the album was born. When we decided we were going to continue, I was sitting in front of the computer but I had to write. It wasn’t an obligation for me; it was more like a therapy for me! I had so many feelings inside that wanted to come out, the best way for me to express myself is with music.

“The music started to flow and I started to take out all that rage; all that sadness; all that happiness – all those things we lived the past two years since the guys left. Inspiration came really fast and I started to write and write and write! Then I realised we had almost written the complete album, I think that’s the main difference – this album is very, very personal and it’s special because of that because it’s a pure essence of Diabulus In Musica – Gorka and me; and it’s very honest, it’s very real and it’s very direct.”

To reiterate my understanding of what had been explained, I explained how the songs made so much sense with that explanation. Songs like the powerful ‘Healing’, the single ‘Inner Force’ and a track like ‘From The Embers’. My next question followed hot on the heels of this which went along the lines of why had they incorporated so many different languages in the album. I had noted they used Basque, Spanish, Latin and English.

Zuberoa: “English obviously, because we started to write in English and how the band was born. Basque because it’s a personal language to us, it’s our mother language. We are Spanish native speakers, but the second official language here is Basque and as we’re a small country inside the big country which is Spain, we feel the Basque language is really related to our roots and our personal feelings.

“So for me when I have to express something that is very personal, I always do it in Basque when I write lyrics. Latin, because I come from the Classical field, the early music field; I’m used to singing in Latin a lot when we are singing medieval music or renaissance music, we always do it in the small ensembles and choirs I belong to, we always do it in Latin.

“In fact our name Diabulus In Musica is a Latin term as well, so I thought it was important to preserve that element from my musical background. Finally, Spanish it was the only language we have never used before and it’s really weird because we are Spanish!”

Zuberoa: “When we started with ‘Secrets’ I thought singing Spanish wouldn’t fit the Symphonic style, I don’t know why, but it would sound horrible in Spanish. But then when I realised I was writing in Latin and in Basque and so on, I thought why not. All the fans from Latin America and Spain were asking for a song in Spanish but I didn’t find a place to put a song in Spanish on our previous albums. 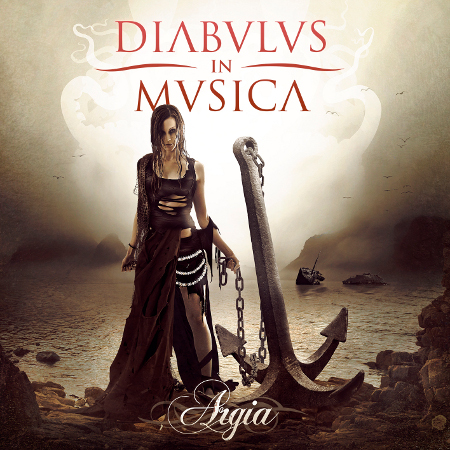 “So, I decided to do it with this one, I said okay, I’m going to try. I think it sounds cool actually, I had never imagined Spanish would sound good in a Metal song but it does, yes, I love it. I would try to do it again.

“I decided to dig deeper regarding ‘Argia’ and wanted to know more about the recording process. There are layers of music within this album that you continue to discover with each listen; choirs, strings, guitars and so many other textures.”

Gorka lets out a hearty laugh when I suggest the album took ages as he agrees with my deduction. 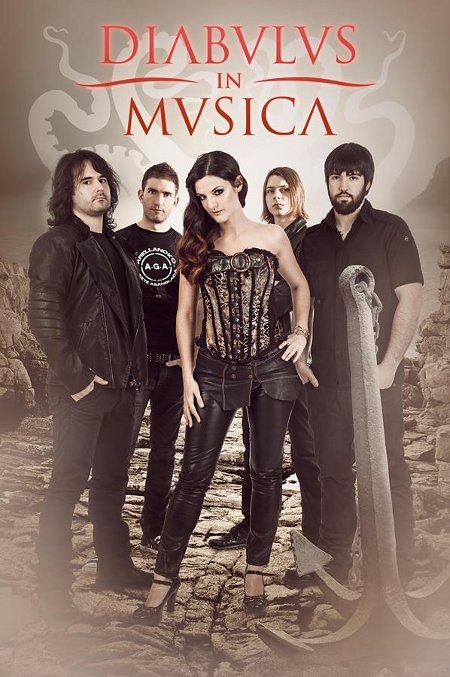 Zuberoa: “We had to record everything at home, we don’t have money to go to a big studio and spend thousands of euros on a full orchestra or a full choir. We have learned so much since we started that we realised we are able to do everything by ourselves. With a choir for example, they were colleagues because I know a lot of people. We took one person per voice for the male voices, and two people per voice in female voices. We also tried to mix different colours of voices in all the choir arrangements and the effect is like a real big choir, like we’re six people and it sounds like twelve voices.”

With such passion and time invested in ‘Argia’ it is also worthy to note the inclusion of a couple of guest appearances. Lead singer from the band Sirenia, Ailyn Giménez, duets with Zuberoa on the track ‘Furia de Libertad’ whilst Thomas Vikström from Therion appears on vocals in ‘Encounter At Chronos’ Maze’. My ears are dancing BIG time after hearing this special album.

If you enjoy listening to serious classical influences as they blend with Metal, this album will hopefully place a juicy smile firmly on your lips. There are albums which slip below the radar for many people and sometimes don’t receive the recognition they deserve in the course of such anonymity, but with such genuine integrity and sincere reasons for making this album how could ‘Argia’ not be a powerful collection? Do yourself a favour, if you’re partial to Gothic/Symphonic female-fronted music, then please give this a try.