I have never been such a fan of the SECC. Despite it’s relatively central location if you live or stay in Glasgow as a music venue as it is an outpost that Glasgow City travel planners delight in making public transport less. This makes it a venue that is not easy to love.

On the other hand, with the memories of many fantastic gigs at the Edinburgh Playhouse in the 1980s and 1990s where access was a dream in comparison and city transport officials took care of the 3,000+ rock and Metal fans who turned up on a weekly basis for the Playhouse gigs plus the Venue for smaller shows and Madison’s, the rock night club.

I decide to make the effort and get myself to the SECC as it’s been 25 years (oh dear God!) since I last saw Whitesnake and it seems now is as good a time to catch up with Thunder and Journey too. 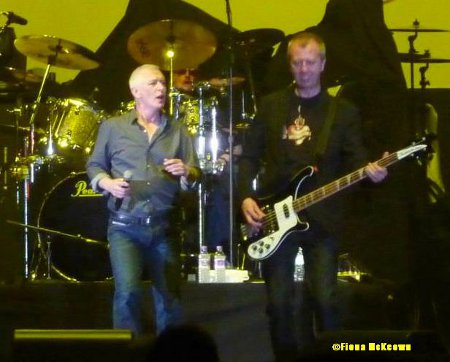 The venue is like a cavern and the lights dim, AC/DC’s ‘Thunderstruck’ rips out from the speakers and Thunder rumble onto the stage. Judging by the reception there are a LOT of Thunder fans here.

There is a general bonhomie about Thunder; you’ve got to love them. Delivering great songs with self depreciating humour and making sure the audience know they are to sing along AS MUCH AS POSSIBLE – or there very well might be a bit of trouble – yes, that’s right – Danny will make you sing it again and louder!

Dirty Love
Backstreet Symphony
Low Life in High Places
River of Pain
Higher Ground
The Devil Made Me Do It
Love Walked In (from the first album released in about 1860, according to Danny)
I Love You More Than Rock ‘N’ Roll

Generally Thunder were wonderful and I could’ve watched them a lot longer than just 8 songs. 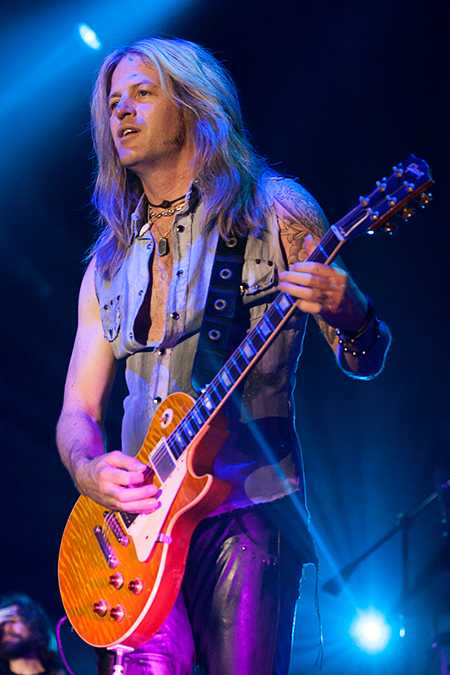 Now – here is a dilemma, most were expecting Whitesnake to headline so were milling about outside when the roadies had finished and put the Whitesnake logo up so there were a fair amount of fans making a hasty return to their seats.

The tape over intro of ‘My Generation’ was enough to say David Coverdale is on his way and – wow, lights, camera and lots and lots of dry ice and it was a time warp back to the 1980s.

This is no bad thing as there were lots of good live bands touring then and Whitesnake were acknowledged as one of the top of the live acts. But here is the thing, the set is one of the most traditional rock sets I have witnesses this side of Grunge. It could have been 1988 at the Playhouse.

The man is such a tart, mic stand aerobics from the crotch, walking to the back of the stage wiggling his behind, shaking up his hair – you’ve got to love him! He is a clear born and bred showman once he is on stage and his voice and vocal range is as good as it ever was. With clear and talented support from Doug Aldrich and Reb Beach on the verses so he could rock out the choruses it was very well planned and delivered. 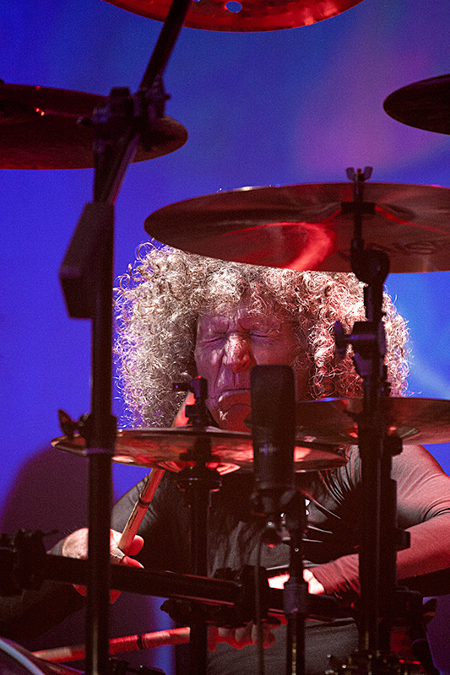 The live set formula was clear, popular hits, and a tribute to fallen comrades – Mel Galley, Jon Lord and Cozy Powell, with ‘Gambler’ first time back in the set since the ‘Slide It In’ tour of 84/85 followed by solos aplenty finished up with more of the more popular hits then close with a pictures of Mel Galley, Cozy Powell and Jon Lord and David Coverdale’s own younger years in Deep Purple.

This was all very well and moving to see pictures of comrades Mr Coverdale wishes to acknowledge and take time to ensure they are properly paid homage. However, the gig as a whole lost its way at the end of ‘Love Will Set You Free’, 15 minutes of guitar duelling followed by half of ‘Steal Your Heart Away’ and then five minutes of Tommy’s drum solo. Now I appreciate Mr Coverdale’s sentiments on showcasing the band’s talents and his opinion that all members of Whitesnake are equal and deserve equal profile however, 25 minutes given over to various solos including a harmonica solo from the bassist is pushing it. It was all very clever but we can already appreciate each individual member of the band when they play each song with the band collectively. This missed the opportunity to hear more of the Whitesnake hits that we all love. I am not alone in my disappointment in of this part of the show. 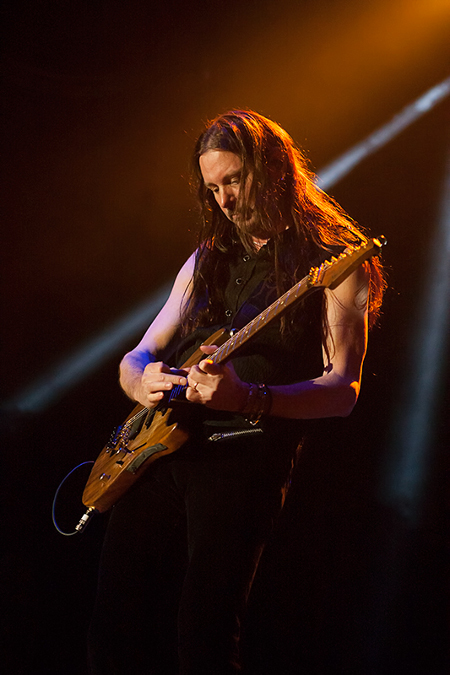 It took from ‘Forevermore’ to ‘Bad Boys’/’Children Of The Night’ to recover and once we realised we were back on to the hits we could sing along to we had passed ‘Fool For Your Loving’ and on to the penultimate ‘Here I Go Again’ and the finale ‘Still Of The Night’.

The band stayed on the stage and passed out drum sticks, guitar picks and generally took time to make sure the fans knew they mattered.

Whitesnake as a band were magnificent when they were playing the songs we came to hear, the middle 25 minutes were a sorry loss. I was not the only person saying “Is that all?”

My Generation
Give Me All Your Love
Ready an’ Willing
Can You Hear the Wind Blow
Don’t Break My Heart Again
Is This Love
Gambler – dedicated to Mel Galley, Cozy Powell and Jon Lord
Love Will Set You Free
Guitar Duel for Doug Aldrich & Reb Beach
Steal Your Heart Away incl. A harmonica solo from and drum solo by Tommy Aldridge
Forevermore
Bad Boys / Children of the Night
Fool For Your Loving
Here I Go Again
Still Of The Night
We Wish You Well – taped finish as Whitesnake take their bows and leave the stage 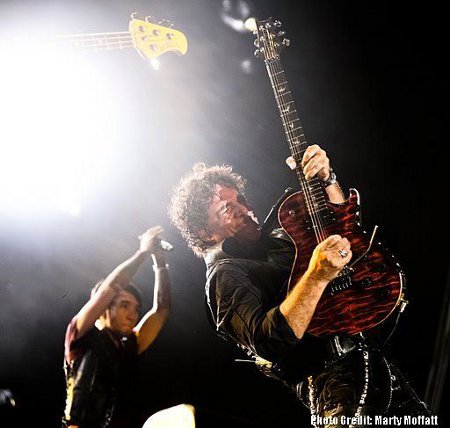 Now, I am not so familiar with Journey as this is the first time I had seen them live. They were very good, sound was not always great but they more than made up for it with the Arnel Pineda making sure he covered all the stage and acknowledged all the fans. He ran along the front row while the guitar solos were featured and pulled a few rock n roll jump half splits. His vocals were the best feature of the show alongside Deen Castronovo.

We did have another harmonica solo – what is it with Harmonica’s?? Neal Schon mooched about seemingly happy in a guitar daze and Ross Valory smiled and nodded along to every song.

Not a note wrong and some very happy fans. Although, due to afore mentioned transport links many fans had left by the time the gig closed which is disappointing and reflected on Glasgow City’s ineptitude, not Journey in any way at all. 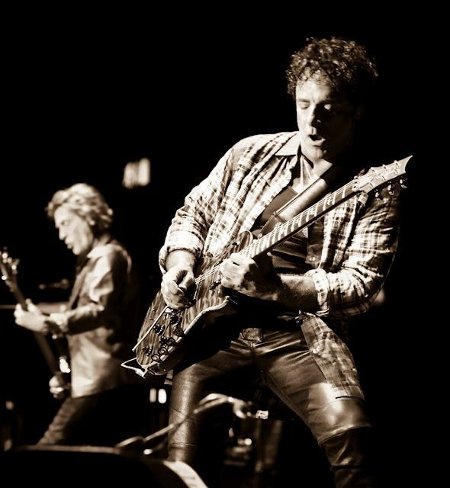 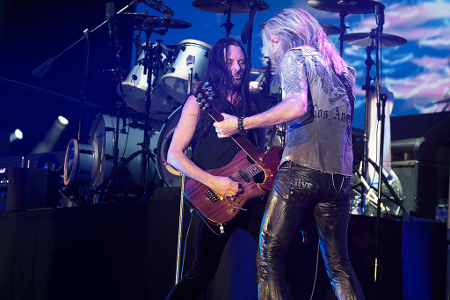 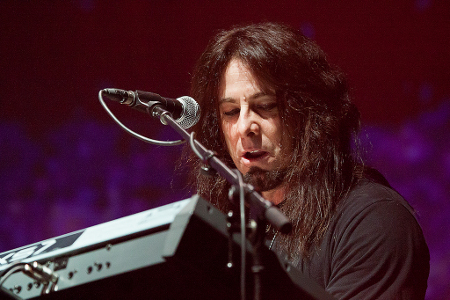 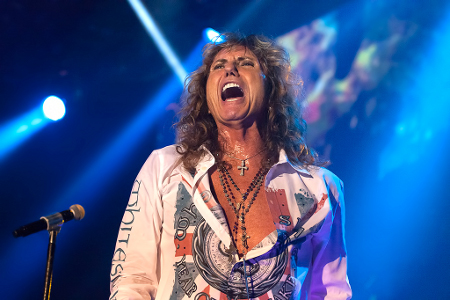 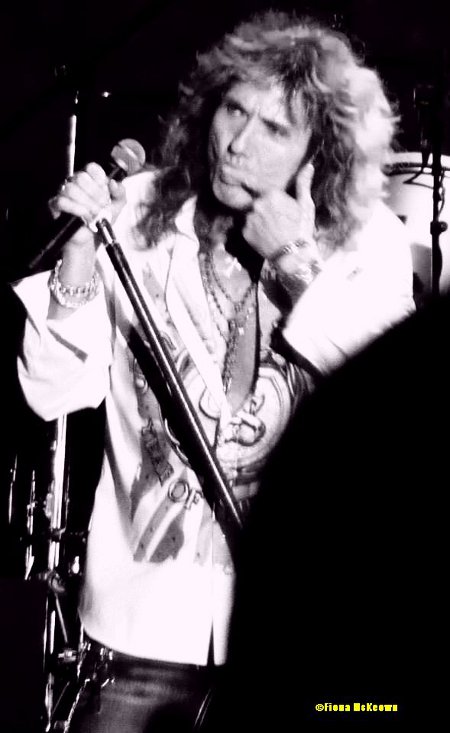 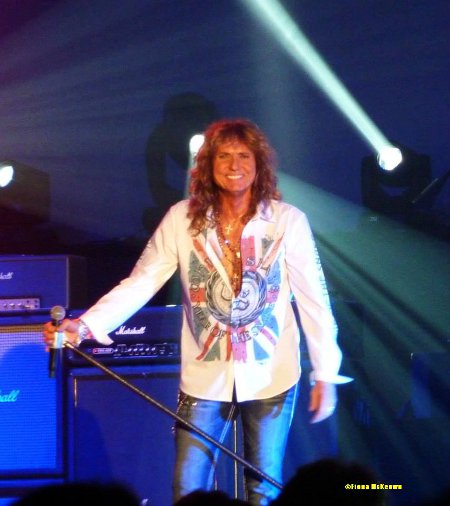 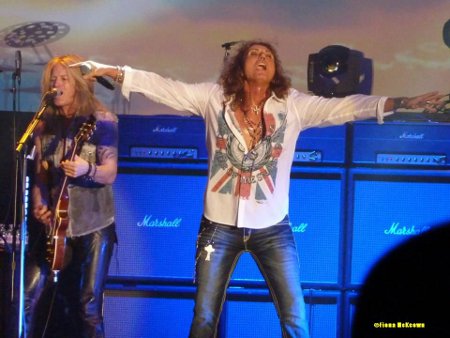