Chicago heavy rockers Soil were formed in 1997 but didn’t find mainstream success until the release of their second album ‘Scars’ in 2001 which featured the hit single ‘Halo’. Original vocalist Ryan McCombs left in 2004 to be replaced by A J Cavalier who remained with the band until 2010 when he and original drummer Tom Schofield both left the band.

During this period, the band received moderate chart success with their albums ‘Redefine’ in 2004, ‘True Self’ in 2006 and ‘Picture Perfect’ in 2009.

Cavalier’s departure led to the return of McCombs to microphone duties in 2011, re-joining core members Adam Zadel on lead guitar and bass player Tim King. The band have recently completed the recording of their sixth full-length album, ‘Whole’, which is due for release on 16th August (worldwide) and 20th August in North America. I was lucky enough to get a brief chat with Tim King for an update on the band and about their new album.

I started off by speaking to Tim about the new album and I asked him about the process of songwriting within the band: “Well”, he says, “now that Ryan is back, he now writes all they lyrics and he leaves Adam and myself to write the music.”

When asked about where the themes and inspirations for the lyrics and songs come from overall, Tim tells me that it’s just simply down to “life and experiences”, and I guess that being in a band you would have a lot more to write about than someone who sits at a desk in an office all day, right!

With the band having released five albums since their 1999 debut, ‘Throttle Junkies’ right up to 2009s ‘Picture Perfect’, I ask Tim which album is he most proud of, and without a hesitation, he chooses the critically acclaimed ‘Scars’ album which was released way back in 2001 and really pushed the band into the limelight for the first time.

When asked why this particular album over any of the others, his answer is predictably straightforward, telling me: “It was our first major label release and the album that put us on the map.” The ‘Scars’ album was a springboard for the band’s ambitions and reached the Top 200 in both the UK and the USA as well as spawning the hit singles ‘Halo’ and ‘Unreal’, both of which cracked the Billboard US Top 40.

Though Tim adds that “because it is a rebirth of sorts for the band (with the return of Ryan to the microphone)” he hopes that ‘Whole’ will match the success of ‘Scars’ both critically and commercially. 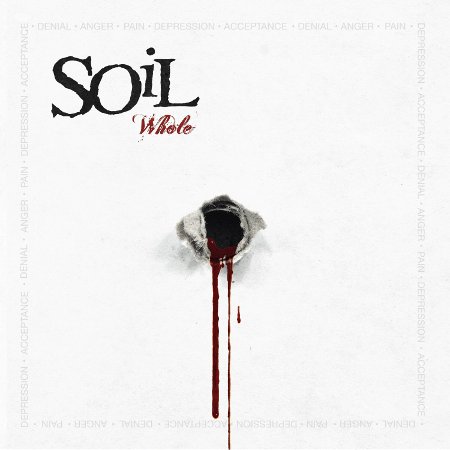 When asked about his expectations for the new album, Tim is quite down to earth regarding its potential: “I have no real expectations. We just hope the fans like it and we want to go out there and promote it as much as possible.” Well, you can’t be much more honest, I guess, and having actually heard the album I’m looking forward to seeing some of the tracks performed live to see what the audience reaction is like.

The first single from the album, ‘Shine On’ is already out and is receiving widespread airplay on radio stations and music channels all over the world, not to mention some positive comments from critics and fans alike, but I ask Tim why this particular track was chosen to herald the release of the new album: “The track sort of chose itself,” he says, before adding “it’s a song for the fans because they have stood by us through everything, so it’s nice to acknowledge that.” A fine sentiment indeed and it’s a great song too!

The promo video for ‘Shine On’ (available to view below) was publically released at the end of June and has had nearly 22,000 views on YouTube already, so I ask Tim if he enjoys the (sometimes laborious) process of recording a performance video: “It was fun, actually,” he tells me, “we made it outside in the Florida heat, so that was a bit rough, but (I find) making videos is always a good time,” he says with a smile.

Coming back to the subject of the new album, ‘Whole’, with no permanent drummer in the band, I ask Tim who played drums on the upcoming release: “They were done by Will Hunt (ex-Black Label Society and currently with Evanescence) who added a whole new dimension to the songs. Will has added a monstrous and aggressive vibe to the album.” Hunt will not be touring with the band, however, because the band’s current touring sticksman, Mitch Gable, will fill that role for all dates.

I also ask Tim what his favourite track on the new album is and why? He chooses ‘Way Gone’ (which is a solid mid-paced hard rock number with a great guitar riff, and explains that he chose this track because “simply, It just has everything you could want in a song – in my opinion of course,” he adds with a smile. 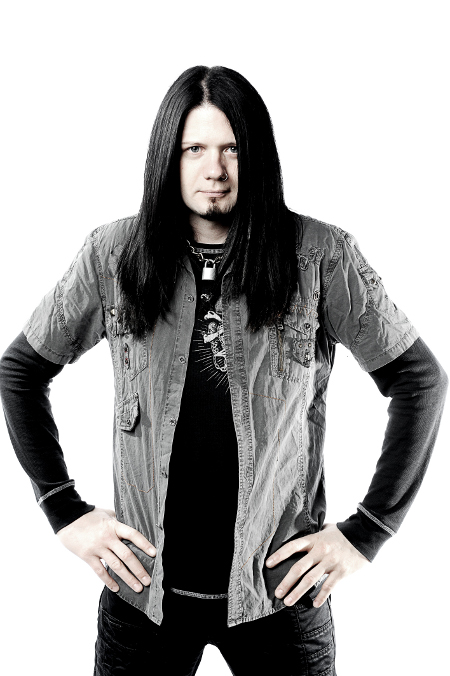 The band have already kicked off their tour to support the new album with a couple of warm up dates before the tour properly starts in August at The Machine Shop in Flint Michigan, so I ask Tim how the gigs have been so far: “Great,” he says before adding “we are just starting it but the reaction has been awesome so far.”

When asked where the band will be playing, I’m given a list of tour dates which encompasses no less than eight US states in a little over a month. When asked specifically where the tour will take them, Tim tells me that “after the USA tour dates, where we’re out with the band Dope (also from Chicago), that’s when we’re planning on coming back to play in the UK and Europe. I can’t say much about it at the moment (as it’s not been totally confirmed), but I’m hoping that a package will be announced soon.” Positive news for those fans who may have missed them on their UK tour last year.

On the subject of touring, I ask Tim if the band have thought about playing more intimate shows (possibly even some acoustic ones) in front of a few hundred people instead of playing in big arenas to which he tells me: “We have done many of those (kind of shows) in the past, but we’re more of a electric band than an acoustic one though.”

Bearing this in mind, I ask Tim what someone who has never been to a Soil concert before can expect from their current show? “Loud, driving music with a high energy stage show,” is his short but honest answer, and from a band with as much live experience as Soil I don’t think anyone would expect any less.

The band have been together now in various forms for over sixteen years, which is a long time to be doing the same thing, but I wonder if the band still have goals that they want to achieve or have they done these already to which Tim replies simply, “headling more arenas!” With this in mind, I ask him how the Rock and Metal scene in the US compares with the one in the UK and Europe to which he says “I love the European Metal scene. The fans over there stick by a band they love for life – It’s amazing.”

As time is moving on, I wind up the interview by asking him what song (if any) he wishes he had written: “Probably a timeless classic like ‘Dream On’ by Aerosmith or ‘You Shook Me All Night Long’ by AC/DC,” he says after a pause to think about the answer.

With that, the interview is over, but with the release of the album and the upcoming tour, the band have a lot of living to experience yet and who knows, maybe the band will write a timeless classic song that sits right up with the very best of the best Rock songs.

With thanks for Tim King for his time and also Paula Hartley for setting the interview up.

The photo of Tim King is courtesy of samsontech.com.

You can watch the official promo video for ‘Shine On’ here: