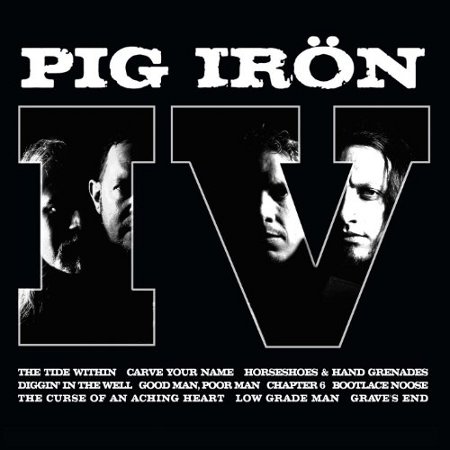 I mistakenly keep thinking of Pig Iron as a new band, but as this album title suggests Pig Iron are now on album number four.

Time flies by and it only seems like yesterday when I saw Pig Iron perform their debut show at the Peel in Kingston in 2002 supporting legendary Welsh rockers Budgie. An evening when Iron Maiden’s Bruce Dickinson and Janick Gers were happily supping their pints of bitter at the bar without any fanfare and that eventually led to the band being invited to appear on Bruce’s Radio 6 show to play a version of Deep Purple’s ‘Space Truckin” with Bruce on vocals.

Despite the good press the band get, you’re still more than likely to see Pig Iron getting on the number 57 bus rather than being transported around in chauffeured driven limos, but at least this is what’s so good about Pig Iron is that they are the people’s band with their feet firmly rooted to the soiled paths of South London streets rather than South Alabama.

Let’s face facts – if Pig Iron were either from the land of the Yankee Dollar or Swedish stoner rockers, fans would be buying their t-shirts in droves telling everyone that Pig Iron are the coolest thing on the planet, yet hailing from Streatham doesn’t quite have the same idyllic appeal. But if Black Sabbath can make Aston a place of pilgrimage for Metal fans to visit then maybe, just maybe Pig Iron could do just the same for the SW16 Tourist Board.

Yet again Pig Iron have delivered an album of scorching hard blues driven nuggets kicking off with the Zeppelinesque Achilles Last Stand of ‘The Tide Within’ with acoustic overdrive. The Southern Rock drive of previous albums has taken a little back burner this time around and there are touches of bluegrass on ‘Diggin’ In The Wall’. 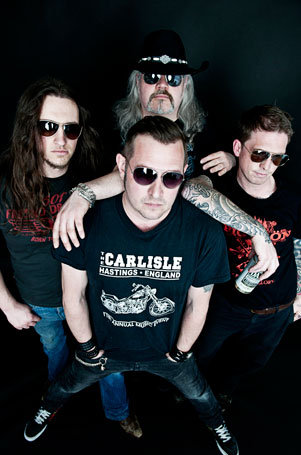 There are no duds on this album which flows as fast as the River Thames containing the same sludge and muddy grime. ‘Good Man, Poor Man’ would be a instant grunge classic in the hands of Soundgarden. ‘Low Grade Man’ features some harmonica bliss from John Ogle and some hefty sax to the max from guest James Knight.

The album ends with a little acoustic ditty ‘Graves End’ and I feel the band may of missed a trick here as the album was engineered in Gravesend and it is said in folklore that the town got it’s name from the time during the Black Death as victims of the plague were buried here thus preventing further spread of the disease in London.

As far as I’m aware no heavy rock band has covered this doomy subject so hopefully Pig Iron can correct that with part II next time around.

All in all, a good solid piece of work… Up the Irons.

Within Temptation make a virtual show a reality