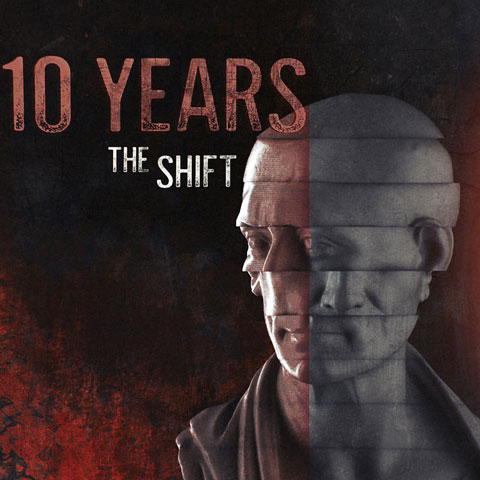 10 Years have released ‘The Shift’, which is the bands first new music in nearly three years. For ‘The Shift’, the Tennessee alternative rockers worked with Grammy Award-winning producer Howard Benson, who has previously been involved with the likes of My Chemical Romance, Halestorm, Papa Roach and Three Days Grace.

‘(How to Live) As Ghosts’, released in 2017, saw a reunion between vocalist Jesse Hasek and guitarists Brian Vodinh and Matt Wantland. The album’s debut saw a top five entry in the US Top Hard Rock Albums Chart and also included the hit single ‘Novacaine.’

Jesse Hasek told MetalTalk: “We don’t ever try to recreate what we’ve done in the past.  We knew we had to challenge ourselves to see what we had in us.

“If it’s not stressful, you’re not challenging yourself to grow. From the beginning, music has always been therapy and an outlet. We let ourselves enjoy the process, be vulnerable, and talk about those emotions.

We got back to why we love music with the maturity of where we’re at in our lives. We were able to harness that love of creating from a wiser and more developed perspective.”