Tonight the Royal Albert hall is packed to the rafters with devoted fans from all over the UK, and indeed all over Europe, gathered to worship with Cardinal Copia and his nameless Ghouls.

the lights go down the excitement is palpable – with the opening drum kick of ‘Rats’ the entire Albert Hall is focused on the band. It’s the perfect setting for this band and the venue only adds atmosphere to what is basically hard rock theatre.

The haunting chords of ‘Cirice’ echo through the hall so does the first massive cheer. Tonight’s setlist is an almost perfect mix of old and new, fan favourites and deep cuts and for a band that was playing small clubs and theatres only a few years ago the transition to large venues has been seamless. Tonight as the crowd sing along to every word it feels like Ghost have truly arrived in the big league.

Their audience and their venues have grown bigger, so has the sound. They are now a seven-piece band boasting three guitars and two keyboards, creating a multi-layered sound that dances between old-school Metal and Gothic disco. All of their sonic influences bubble to the surface on the fantastic instrumental jam ‘Miasma’, complete with a sax solo from Papa Nihil. 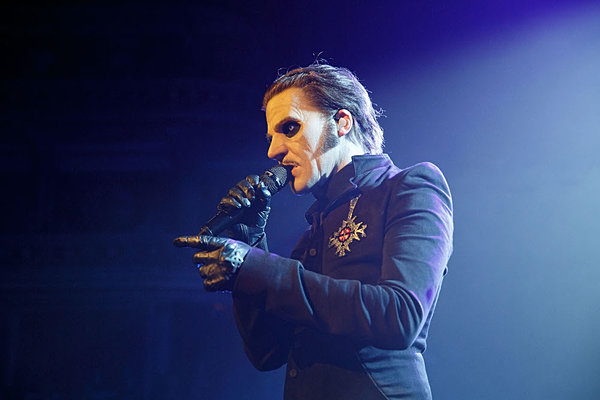 It’s hard to think of a more charismatic and enjoyable frontman than the new Cardinal Copia. Whether he’s joking with the crowd or doing his best Fred Astaire dance routine, he is mesmerizing. “Do you know what a shuffle is? You know how to count, don’t you?” the showman asks, before leading the clapping crowd though a terrific, acoustic ‘Jigolo Har Megiddo’. The elegant new track, ‘Pro Memoria’, is followed by a rousing ‘Deus In Absentia’ and thus ends the first act.

After a brief interlude the lights dim again and the band kick into ‘Spirit’ before the doomy bass line of ‘From The Pinnacle To The Pit’ sends up a roar from the crowd. The band even exhume some deep cuts like the stomping ‘Prime Mover’ before the melodic mass sing-alongs of ‘He Is’ and ‘If You Have Ghosts’.

If you strip away the pomp and pageantry, you’re left with a brilliant and intoxicating mix of Gothic guitars and hooks so catchy they’re verging on pop. A perfect example would be new song ‘Dance Macabre’ with its disco bass line and thumping beat it’s the perfect song to get everyone moving.

‘Square Hammer’ brings the main set to a thunderous close and thanking the crowd, Cardi C and the band take their bows safe in the knowledge that tonight they’ve brought the proverbial house down. If you have Ghost, then it seems like you really do have everything. 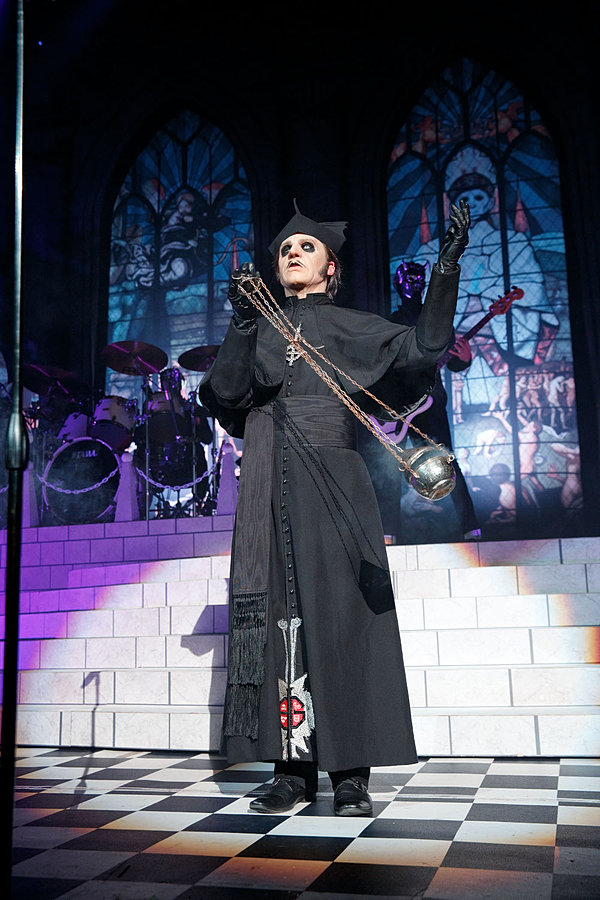 From The Pinnacle To The Pit

If You Have Ghosts