Yngwie Malmsteen has rescheduled his two UK headline shows in support of the new album Parabellum, with dates in Wolverhampton and London now set for July 2022.

Parabellum was released last year, and MetalTalk noted that Yngwie Malmsteen had delivered one of his strongest records in years and, indeed, one of his best full stop.

“I always try to push myself on every album I do,” Yngwie told MetalTalk in an earlier interview, “and attempt things which are more extreme than previously. But what has helped this time is that I couldn’t go on the road because of the pandemic.

“It meant I could take much longer in the studio, both to write and record. Because I am usually on tour, which is great, I haven’t had the luxury of spending a lot of time working on new music for more than 20 years. But I suddenly had no pressure at all on that front. And I feel the album has benefited enormously as a result.”

Tickets are available from yngwiemalmsteen.com/tour 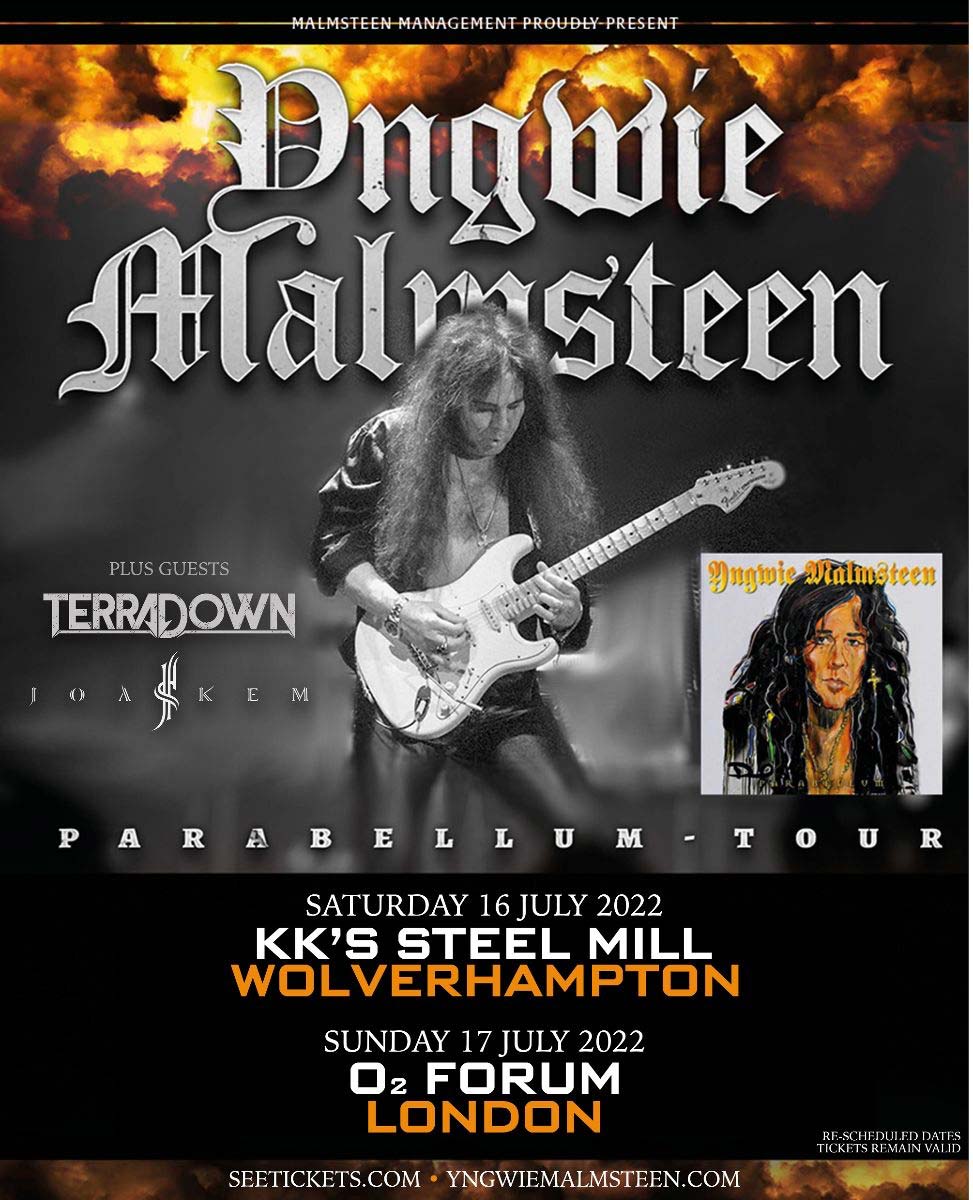 Yngwie Malmsteen has rescheduled his two UK headline shows in support of new album Parabellum. They will now take place in July 2022 and will see Yngwie take to the

Yngwie Malmsteen has rescheduled his two UK headline shows in support of new album Parabellum. They will now take place in July 2022 and will see Yngwie take to the