Voodoo Bloo have released their first UK Single ‘Her Name Was Human’ via PlasticGroove Records. Originally from Sheffield, frontman Rory McDonald is now based in Wellington, New Zealand where the bands alternative Rock has gone down a storm.

McDonald told MetalTalk: “The track [‘Her Name Was Human’] has a lot to do with broken relationships and the idea of Stockholm syndrome, which I felt that some of my close mates were experiencing to some degree at the time of writing the lyrics.

“You know something is bad for you, but you keep going back for more, in the hope something better comes of it.”

Originally the frontman of Lucifer Gunne, Rory and Voodoo Bloo will release their debut album ‘Jacobus’ soon and it is a conceptual and very personal record.

Rory told us: “Last July, a close friend of mine for many years took his own life while I was away overseas. This was obviously a massive shock to myself and the people around me, but being isolated from my friends while in a different country led me to writing a lot of lyrics during one of the strangest and scariest points in my life.

“The writing of ‘Jacobus’ was a very cathartic process at a time when I did not have many people around me to talk to.”

New Zealand currently has one of the highest teen suicide rates in the world and recently the band played multiple charity shows for Lifeline Aotearoa, an organisation focused on suicide prevention and mental health treatment.

The single version of ‘Her Name Was Human’ can be heard below, with the full version available on MetalTalk’s SoundCloud Playlist of the Week. 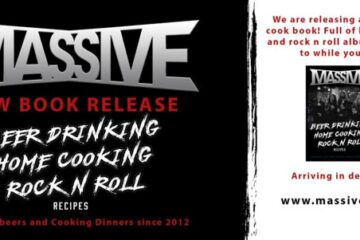