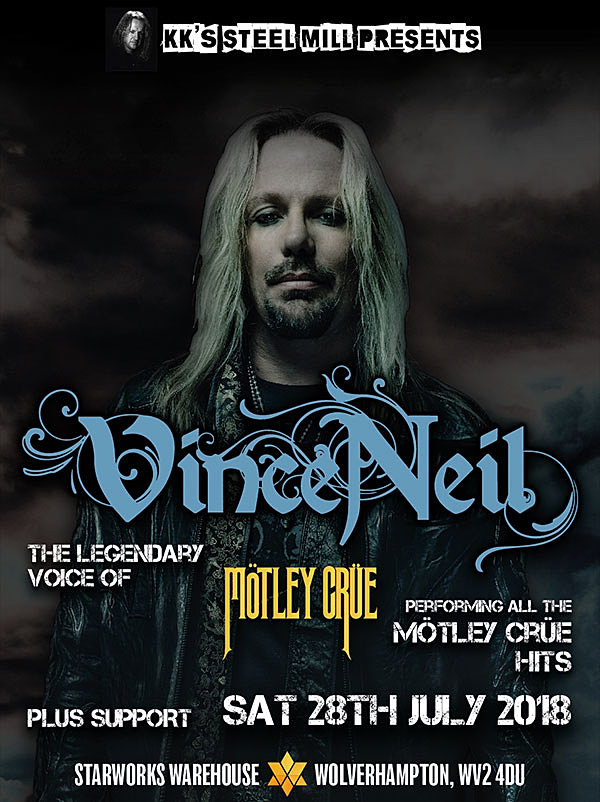 Former Judas Priest guitarist KK Downing has launched a new concert venue in Wolverhampton called KK’s Steel Mill. It will be the largest Metal venue in the area with a capacity of 4,000.

Vince Neil, the voice of Motley Crue, will play the new venue’s first gig, which will take place on Saturday 28th July and Skid Row are booked to play on Friday 24th August.

​The venue will host a number of hard rock and heavy metal acts over the coming months and KK tells us:

“It’s with great pleasure and excitement I can confirm another new chapter in my lifelong musical journey, however this time on the other side of the crowd barriers.

“As many fans may have already seen, I will be hosting live rock and Metal shows at an exciting new venue close to home in Wolverhampton, based in the heart of the Midlands… ‘The Home Of Metal.’

“Last year, I was asked to visit this venue by a good friend, and together we agreed it would make an amazing place for fans to see top bands and artists close up in unique surroundings.

“The city of Wolverhampton itself and the Midlands in general has a great live music scene, with many new bands now making the breakthrough, not to mention the Old Guard of Legends still at the forefront driving the way.

“KK’s Steel Mill is very happy to have found its home at Starworks Warehouse. The historic building was the birthplace of The Star Motor Car Company around the early 1900s, and the building in its current format has kept that raw industrial feel.

“We aim to put on regular headlining shows throughout the year, and I am looking forward to seeing many fans at the upcoming shows enjoy the music! I’ll probably see you at the bar.” 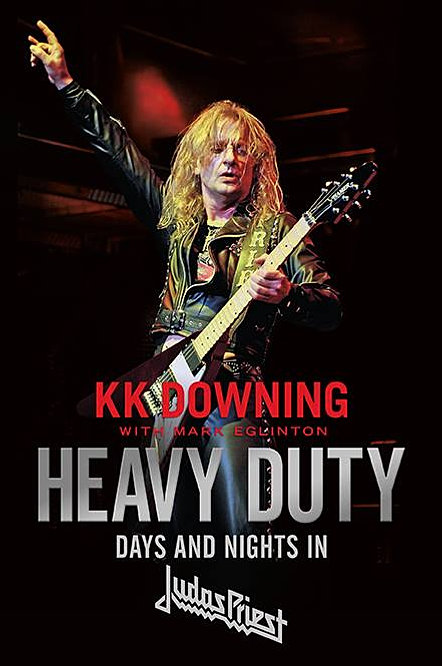 KK is to release a memoir on September 18th via Da Capo Press called ‘Heavy Duty: Days And Nights In Judas Priest’.

KK co-wrote the book with Scottish author and journalist Mark Eglinton, whose previous collaborations include ‘Official Truth, 101 Proof’ with Rex Brown of Pantera and ‘Confessions Of A Heretic’ with Behemoth’s Adam ‘Nergal’ Darski.

“Judas Priest formed in the industrial city of Birmingham, England, in 1968. With its distinctive twin-guitar sound, studs-and-leather image, and international sales of over 50 million records, Judas Priest became the archetypal Heavy Metal band in the 1980s. Iconic tracks like ‘Breaking The Law’, ‘Living After Midnight’ and ‘You’ve Got Another Thing Coming’ helped the band achieve extraordinary success, but no one from the band has stepped out to tell their or the band’s story until now.

“As the band approaches its golden anniversary, fans will at last be able to delve backstage into the decades of shocking, hilarious, and haunting stories that surround the Heavy Metal institution. In ‘Heavy Duty’, guitarist KK Downing discusses the complex personality conflicts, the business screw-ups, the acrimonious relationship with fellow Heavy Metal band Iron Maiden, as well as how Judas Priest found itself at the epicenter of a storm of parental outrage that targeted Heavy Metal in the 80s.

“He also describes his role in cementing the band’s trademark black leather and studs image that would not only become synonymous with the entire genre, but would also give singer Rob Halford a viable outlet by which to express his sexuality.

“Lastly, he recounts the life-changing moment when he looked at his bandmates on stage during a 2010 concert and thought, ‘This is the last show.’ Whatever the topic, whoever’s involved, KK doesn’t hold back.

“With the band at the beginning through his retirement in 2010 (and even still as a member of the band’s board of directors), KK has seen it all and is now finally at a place in his life where he can also let it all go. Even if you’re a lifelong fan, if you think you know the full story of Judas Priest, well, you’ve got another thing coming.”

Previous article
EXCLUSIVE WORLD PREMIERE: PRIMITAI RELEASE ‘OVERDRIVE’ FROM ‘THE CALLING’
Next article
A HART-FELT EVENING OF PATHOS AND PASSION FROM SIMPLY THE BETH