At the risk of sounding like Rick Astley, Trucker Diablo are never gonna let you down. The Northern Ireland bruisers have been a consistent powerhouse since releasing their debut album ‘Devil Rhythm’ back in 2011. Fifth album ‘Tail End Of A Hurricane’ sees them return with another collection of shin kickers.

As usual, there is no pussyfooting about. Opener ‘BTKOR’ will take lumps off you with an igniting mix of knuckle splitting Rock and a midway leap into some Thrashy vibes.

Being the European version of Kentucky’s Black Stone Cherry, the sweet balance between the mainstream and the less conventional is something they pull off with ease, and nowhere better is it displayed than on the pandemic inspired ‘I Am Still Alive’. 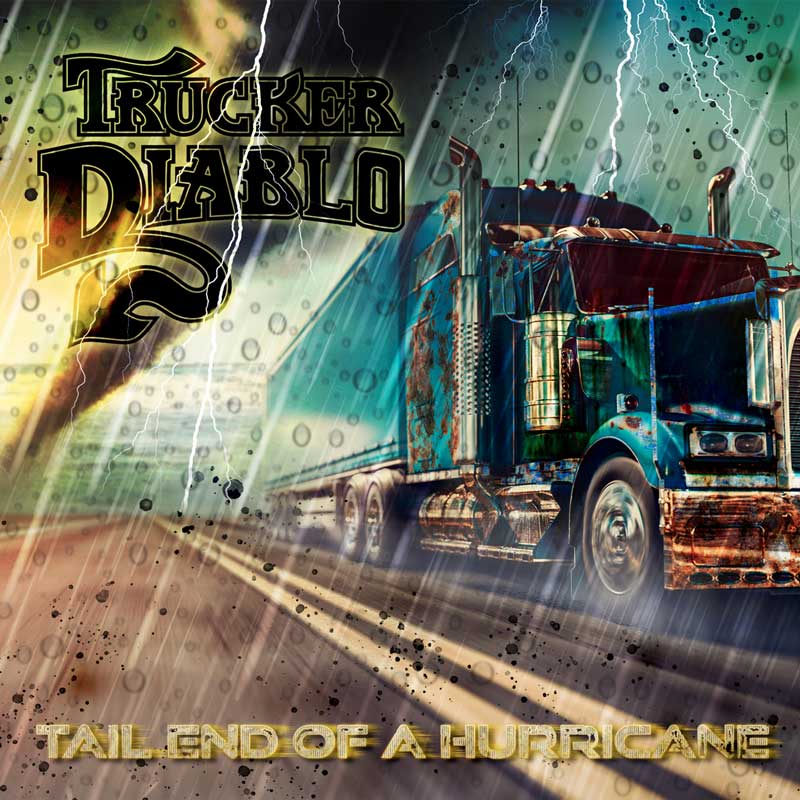 The nostalgic lyrics of ‘Rock Kids Of The 80s’ will no doubt make a few mid-lifer’s feel their years, but its revitalising melody will soothe every ageing bone in your body.

The riff switch is well and truly flicked on ‘Don’t Hold On To Hate’, ‘Set The Night On Fire’ and the smokin’ title track, three tunes where you taste the real meat and grizzle of Trucker Diablo. A little pinch of their Celtic brothers Thin Lizzy lays solid foundations on the gloriously catchy ‘This Burning Heart’.

‘Slow Dance’ may give the impression of a song full of romantic sensibility, but mark my words, this testosterone-fuelled belter is more about pulling g-strings than heartstrings.

Straight off the bat, the great Lynyrd Skynyrd’s timeless classic ‘Simple Man’ comes to mind on closer ‘Bury The Ocean’, by far one of the finest songs the band have ever conceived and the epic finale is an unexpected treat.

‘Tail End Of A Hurricane’, for the most part, is Trucker Diablo sticking to their tried and trusted formula, but it is still another juggernaut of power.