The second half of 2019 yielded some very exciting albums that were just recently released. In this article, we take a look at five of the most intriguing of them all.

The Boss is back with his nineteenth studio album. ‘Western Stars’ was released on 14th June through Columbia Records.

In this album, Springsteen returns to his old approach of solo recordings “featuring character-driven songs and sweeping, cinematic orchestral arrangements”.

He is also exploring American themes of isolation, community and hope. The lead single of the album, ‘Hello Sunshine’, was released on 26th April and ‘There Goes My Miracle’ hit the charts on 17th May.

American singer Chris Brown released his ninth studio album on 21st June through RCA Records. Work on the album began in the latter part of 2017, and the album has 32 songs.

The album features a host of popular artists including Justin Bieber, Lil Wayne, Nicki Minaj and Drake. Just like an online casino PayPal, this album involves a variety of talents working together to achieve something great.

The album has positive themes of “energy, love, light and happiness” and reminds Chris Brown of his earlier albums like Chris Brown, Graffiti and F.A.M.E..

The first single, ‘Undecided’, was released on 4th January, before ‘Back To Love’ on 11th April and ‘Wobble Up’ on 18th April. These singles have received excellent responses from fans and critics, particularly ‘Back To Love.

One of the released singles has already made history. ‘Lo/Hi’ topped the Billboard’s Mainstream Rock, Adult Alternative Songs, Rock Airplay and Alternative Songs charts simultaneously. This is the first time that a single has topped all four of these formats at the same time.

‘Eagle Birds’ was released on 25th April and ‘Go’ followed on 16th May.

The album does not feature any keyboards and, according to drummer and co-producer Patrick Carney, is “an homage to electric guitar”.

Irish boy band Westlife return to the music scene with Spectrum on 6th September. This is the Irish boy band’s eleventh studio album and it’s released through Virgin EMI Records.

This is the band’s studio album release since Gravity in 2010. The band split in 2012 and many thought that could be the end of any more releases.

However, in 2018 rumours that the band had signed a deal with Universal Music Group and Virgin EMI Records to produce a new album were found to be true.

‘Hello My Love’, written by Ed Sheeran and Steve Mac, was released on 10th January. This single stayed at number-one on the UK Physical Chart for two weeks and is the group’s highest charting since ‘The Rose’, which was released in 2006.

‘Better Man’ was released on 29th March, and expect another single to be released before that big date in September.

‘We Are Not Your Kind’, Slipknot (Release Date: August 9th)

Legendary American Metal band Slipknot have just released their sixth studio album, ‘We Are Not Your Kind’ on 9th August.

The album was released through Roadrunner Records and is the group’s first studio album release since ‘.5: The Gray Chapter’ in 2014.

Guitarist Jim Root said that despite the increasing trend in the industry towards singles, Slipknot wanted to produce a proper “album experience from front to back”.

The first single, ‘Unsainted’, was released on 16th May and is a typically heavy, head-banging Slipknot track.

STONEDEAF - A MONSTER OF A FESTIVAL WHERE ROCK REIGNS ETERNAL 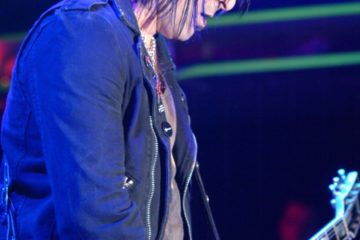