Forging utopia in sight and sound, and returning to the road after almost three years absence with an extensive European tour, Symphony X blitzed the ballroom with a sweet, blockbusting show of undiminished energy and full-strength spirit.

Support band, Savage Messiah, have been steadily building a strong following since their 2007 debut EP, ‘Spitting Venom’, with frontman Dave Silver the last man standing from their original line-up.

A punchy and energetic set drew heavily from their fifth and latest album, ‘Demons’, released via Century Media on 17th May. Stand-out tracks from the short eight-song set included the blistering and anthemic ‘The Bitter Truth’ and ‘Under No Illusions’ with set-closer ‘Down And Out’ epitomising the appeal of their sound that combines modern clean vocals with the heaviest trad trash riffs to devastating effect. 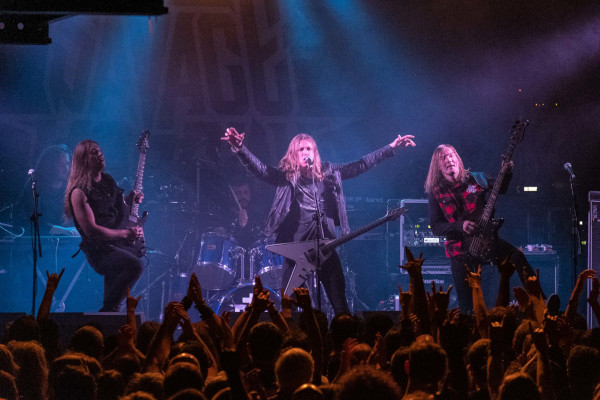 The album also includes a Metalised version of alt-country star Chris Stapleton’s ‘Parachute’, which provided tonight’s audience with an appealing entree to the well seasoned and savage sound of a band deservedly on the rise.

With no sign yet of a new Symphony X album, their show was built around their three most recent releases, ‘Paradise Lost’, ‘Iconoclast’ and ‘Underworld’, and was a blazing reminder of how much the scene has missed the band’s unique combination of instrumental virtuosity that rivals Dream Theater and the melodic sensibility and power of the greatest classic rock acts like Deep Purple. 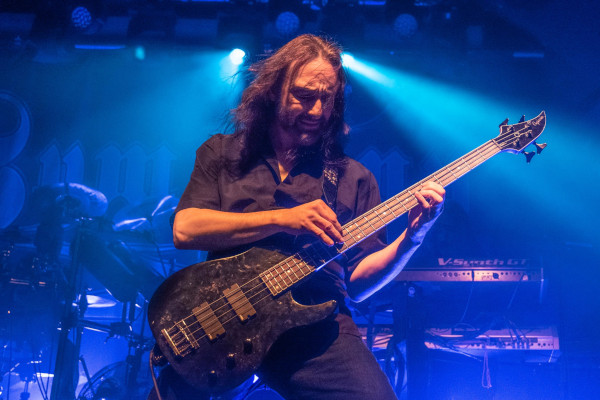 In Russell Allen, the band have a warrior cheerleader for the ages, with a voice gifted from the Gods that combines the soul of prime-time Coverdale, the power of Dio and the range of Tate. From the opening wail of “We are strong, we will stand and fight” to the “final yell from hounds of Hell” on set-closer ‘Set The World On Fire’, his ability to leap from a balladic croon to full Metal vocal howl like a thoroughbred in full-flight, is a perfect match for the sonic ambition of Michael Romeo’s brain-crunching licks and gut-punching riffs.

The brooding ‘Without You’ shows off the graceful and melodic side of Allen’s range, with a performance of power, melody and soul that recalls Jeff Scott Soto in his prime, again underpinned by Michael Pinnella’s symphonic keys. 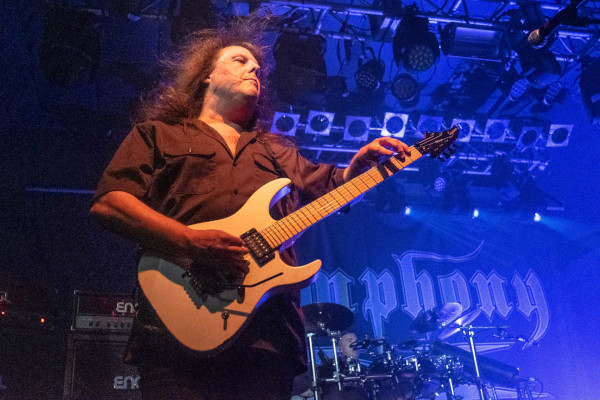 There’s never a feeling of “where for art thou, Romeo”, as his playing is omnipresent. Combining the technique of Malmsteen, the musicality of Petrucci and the zen of Vai, Romeo’s playing is dense yet deft, flitting from hyperspeed sweep-picked runs to searing legato melody lines and scorching riffs that embody, rather than overpower his meticulously constructed compositions. 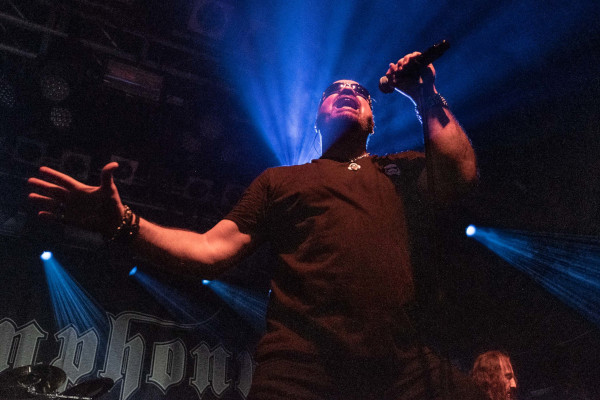 The alpha aggression of ‘My Domination’ segued perfectly into the racy Rainbow-hued ‘Run With The Devil’, whose relatively simple structure makes it an excellent entry point for the uninitiated before they are transported by the epic Metal widescreen of ten-minute epics like ‘Iconoclast’. 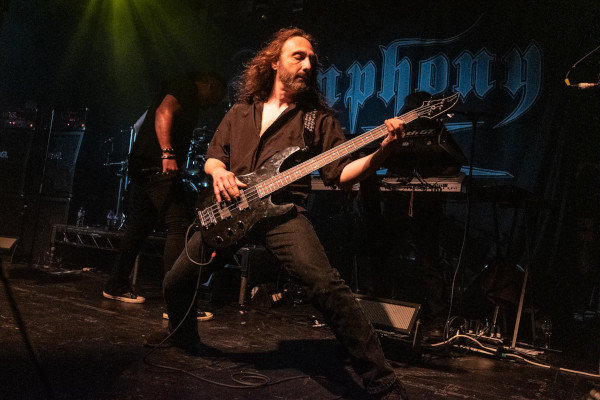 In an echo of the band’s 2003 appearance at the Astoria, Symphony X rewarded the fervent reaction to their long-awaited return with a full performance of the title track of the previous year’s release ‘The Odyssey’. This was prog Metal done proper – a 24-minute musical realisation of Homer’s epic poem about the journey of the ancient Greek hero Odysseus, also known as Ulysses and the inspiration for James Joyce’s seminal, but noticeably less Metal book.

Complete with one of Romeo’s trademark symphonic overtures that sounds like the Enid playing ‘2112’, this seven-part piece flowed seamlessly from the reflective ‘Journey To Ithaca’ through ‘The Eye’, which stunningly channels 1970s Queen and has the audience wrapped around his finger on ‘Scylla And Charybdis’. The instrumental lull of the penultimate movement yielded to the triumphant summit of ‘Champion Of Ithica’. 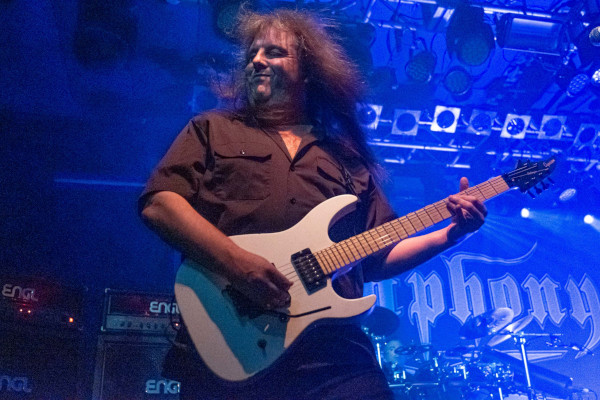 Indeed, the closing couplet “Let a new life begin, this is the end of my Odyssey… I have returned to make my dream come true” anticipates not only the imminent end of their European tour, but also the reanimation of one of prog-Metal’s most beloved and often underappreciated bands, whose musical paradise is ripe for rediscovery. 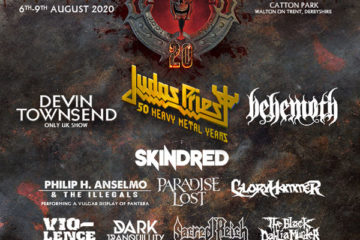