Ragga punk Metal party boys Skindred are used to tearing up club venues all around the UK while US Metal giants Disturbed have been an arena band for some time. Fate had them meet in the middle at Glasgow’s O2 Academy, where Benji Webbe and his boys had a packed house of two thousand five hundred Metal fans to play to.

Veterans of club, support and festival stages, nothing fazes this troupe of Metal maniacs, so when during the full throttle opening duo of ‘Big Tings’ and ‘Rat Race’ the band’s flamboyant singer doesn’t feel he’s getting enough of a response, he’s soon winding the crowd up about how loud the English are when they play for them. 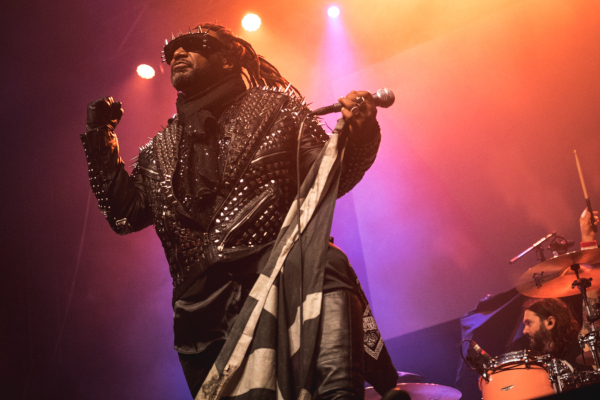 Winding the crowd up is just one of the many things Benji Webbe does well. He is one of the best frontmen around in any genre, and whether teasing the audience with a free t-shirt he finally doesn’t throw out or telling one side of the room they can go home and let the other side do the sing along part of ‘That’s My Jam’, he never fails to get smiles and laughs in response.

He’s great during the little sample sections that this unique outfit like to throw into songs too. Whether getting a response to a rendition of ‘If You’re Happy And You Know It’ or Sabbath’s ‘War Pigs’ he always takes the room with him, no matter how outlandish a left turn the music takes. 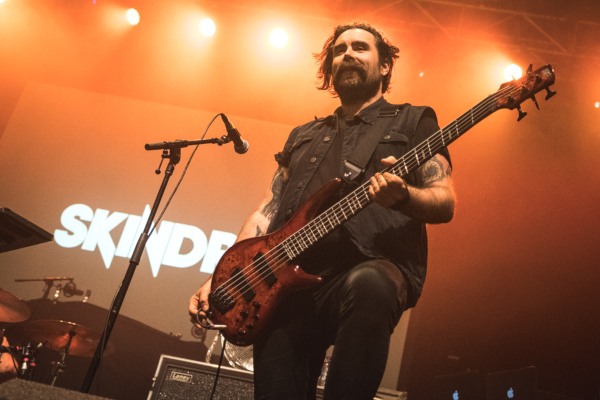 Don’t mistake this quartet for some kind of novelty act though; a good laugh they indeed are, a musical smorgasbord is what they offer up, but when it’s time to turn in their Metal credentials there’s no resisting tunes like the mighty ‘Machine’ or the deadly ‘Kill With Power’. They can rock like a motherfucker and still put some groove in it and the crowd in Glasgow lapped up everything these guys had to offer.

On an unusually warm summer’s night in central Scotland, the Academy was already hot and sweaty but in the tradition of great warm up acts Skindred got this audience well and truly red hot and ready to rock for Disturbed. Any headliner better be ready to bring their A game to follow them though. They’re on fire. 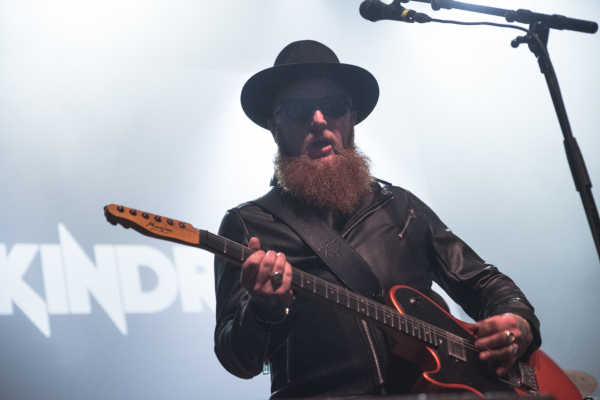 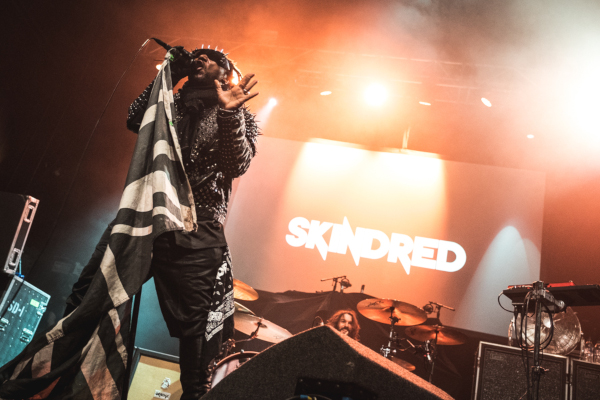 DUFF McKAGAN REVEALS ALL ABOUT HIS LATEST SOLO OUTING 'TENDERNESS'