Today’s MetalTalk Radio show features some unbelievable music that you most probably haven’t heard before and really should check out.

Stuka Squadron rise from the grave to deliver their brand new track, ‘Tell Me Strange Things’, while NitroVille’s ‘Spitfire’ is sure to rouse those patriotic fires on the 100th Anniversary of the Royal Air Force.

April brings a mass influx of new albums from great bands, including Cruachan, The Amorettes, Paddy And The Rats, Midnattsol and many more and you can hear tracks from these releases alongside the usual mix of classics and regular features. The show is available to listen to right here: 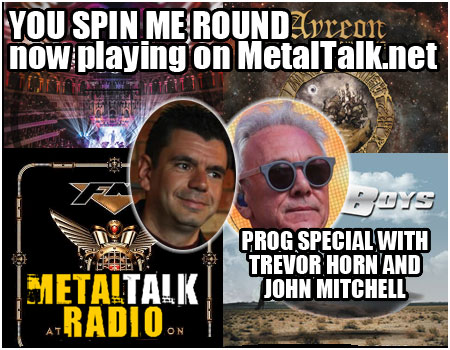 This week’s You Spin Me Round show on MetalTalk Radio is a Prog spectacular featuring two very special guests, Trevor Horn of Yes and It Bites and Frost* vocalist/guitarist John Mitchell.

Andy Rawll spoke to Trevor about the new Yes offering, ‘Fly From Here – Return Trip’, a limited-edition version of their 2011 album with new lead vocals performed by Trevor, who produced the original and also remixed the new version.

On this week’s show you’ll also get to hear tracks from new albums ‘All One Tonight’ by Marillion, ‘From Out Of The Skies’ by BulletBoys, Ayreon’s ‘Ayreon Universe’ and FM’s ‘Atomic Generation’.

You Spin Me Round is MetalTalk’s album review show featuring tracks that are being played for the first time with expert commentary by the top Metal reviewers around. The show is presented by Deputy Editor Liz Medhurst and is available to enjoy right here. 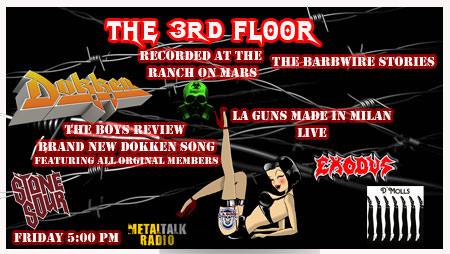 The 3rd Floor, Minnesota’s top rock and Metal show, relaunched last month for 2018 here on MetalTalk Radio and Edition six is ‘The Barbwire Episode’, featuring talk about the new Dokken album, ‘Return To The East’. You get to hear the new single, ‘It’s Another Day’, which is a brand new studio track from the original line-up.

There’s also more fall-out from LA Guns with Michael Grant fired from the band and never ending issues that have surrounded Ratt with Warren DeMartini now reportedly fired from Ratt.

You also get to hear tracks from Stone Sour, Exodus, Prong, Britny Fox and Armored Saint. The show is right here in full, for your enjoyment:

PAPA ROACH ENLIST BALLET TROUPE FOR 'NONE OF THE ABOVE' VIDEO

NitroVille release No Game of Chance, the first single from third album 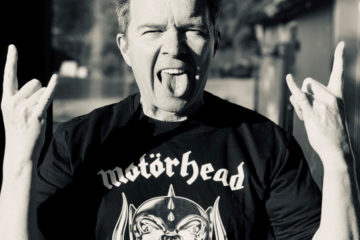