‘Scream For Me Sarajevo’, the movie about the unlikeliest music concert ever, when Bruce Dickinson took his band into the war-torn Bosnian capital in 1994, will be released on DVD in June, along with the film’s soundtrack.

This must-see documentary, inspired by bassist Chris Dale’s MetalTalk writings of 2012 includes footage of the gig and the war itself, as well as recent interviews with Bruce, his bandmates and personnel involved in the concert. 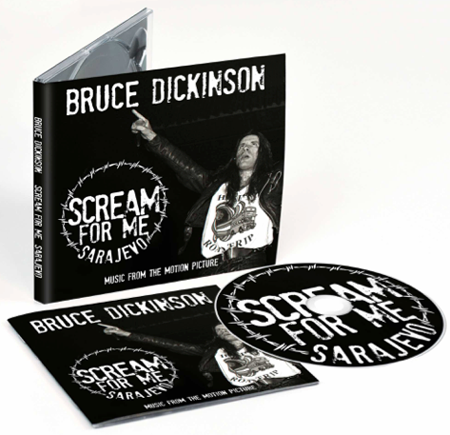 The documentary also follows Bruce making an emotional return to Sarajevo. Speaking of his experience Bruce said:
“War turns the world on its head, but this is an optimistic message. It changed the way I viewed life, death and other human beings.” 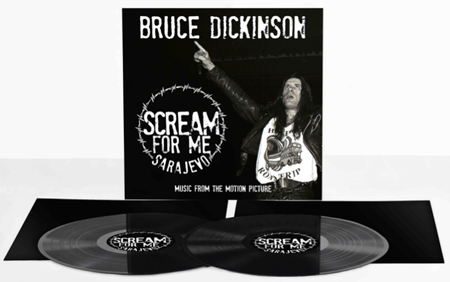 ‘Scram For Me Sarajevo’ album tracklist: 1 Change Of Heart 2 Tears Of The Dragon 3 Gods Of War 4 Darkside Of Aquarius 5 Navigate The Seas Of The Sun 6 Road To Hell 7 Arc Of Space 8 Omega 9 River Of No Return 10 Power Of The Sun 11 Strange Death In Paradise 12 Inertia (Live) 13 Acoustic Song 14 Eternal

‘Scream For Me Sarajevo’ was screened across the UK this week with a special Q&A session with Bruce also taking place at Vue Cinema in London’s West End with Major Martin Morris, Trevor Gibson (UN Security), Tatjana Bonny (Associate Producer) and Chris Dale in attendance, with the Q&A hosted by Dom Lawson.

The film itself was described by Andy Rawll in our review last October as “an extraordinary story of human spirit and the triumph through music over adversity” and Bruce himself said in his recent best-selling autobiography, ‘What Does This Button Do?’, that the song ‘Inertia’ from his 1996 ‘Skunkworks’ album was written about the Bosnia experience. 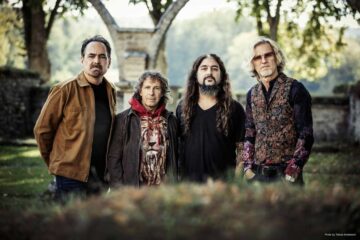