MARCO MENDOZA: “TO BE PART OF THE DEAD DAISIES IS SPECIAL”

When I found out I was going to be interviewing one of the nicest dudes in the biz, I was a very happy MetalTalk writer. Marco Mendoza oozes charm in bucketloads and his heritage is incredible, playing with Sabbath’s Bill Ward, Whitesnake and Thin Lizzy and many others.

His bass chops are an asset to any backline and what a bloody fun fella too. And as a girl who loves make-up, his guyliner is the best. Catching up with Marco on the band’s tour bus, his enthusiasm is infectious. He calls the UK his second home and the fan support here at Camden’s Koko is enormous, including a huge clan of hairy Vikings who travelled the UK to be at this sellout gig. 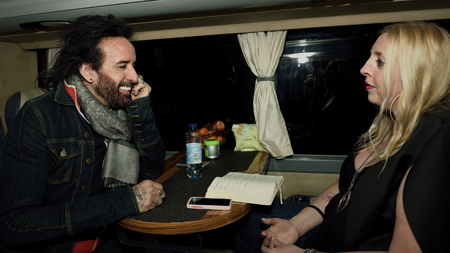 I start our chat by asking why this is definitely the year for the Dead Daisies? Marco replies:
“This is all just right! When we got together again last year in New York, we met up and we just knew it was right. Deen, our drummer, came in and killed it – his energy just blew up and we took this all into the studio and here we are now.”
On being back in his favourite place…
“All of us have been coming here to the UK in various bands. I first came here in 1991 and I’ve spent a lot of time recording here and I dig the UK. Our fans are amazing; they always support us and we appreciate it – they are our rock vitamins!
“This tour is sold out and to come here to that is so special.” 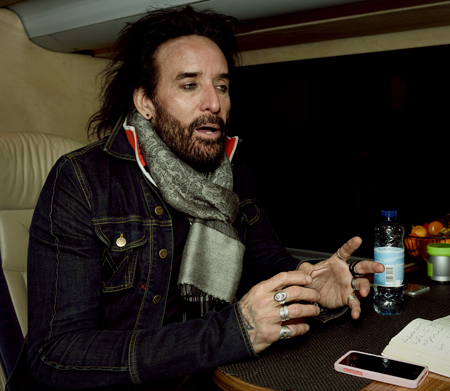 Here to tour the new album, ‘Burn It Down’ which has exploded into the midweek charts, Mendoza is a grafter and proud of it.
“We work so hard in the Dead Daisies – we graft. The writing part, the recording part and the media part, like you guys at MetalTalk that bring the fans in. David Lowy, our founder and friend, wanted us to be this sort of band and that’s what we are.

“I love that the album is in vinyl. In my career, I can only count on two hands how many vinyl records I’ve been a part of so this is special. It’s cool, it takes us back to where we started, the whol process of buying an album, taking it home, unwrapping it, admiring the cover, reading all the credits. Then you pull out the sleeve and get the chills, then take in all the lyrics and put the poster up on your wall, then put the record on the turntable and for me it was a real growth experience.

“The fact we are going back to this is so special and we can only thank David Edwards for sailing this ship. On the creative side he has all the angles covered like releasing the vinyl and works 24/7 on everything.” 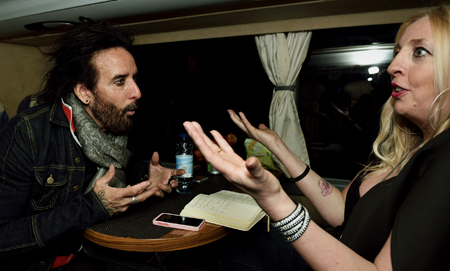 So what’s next for the Dead Daisies, I enquire?

“Well we have a world tour including Japan and South America, then we play some festivals and of course come back here to the UK. Because of the reaction to us a lot of promoters have been in touch saying ‘you gotta come here’, so there’s a snowball effect.

“The last time we heard it’s going to be 100 gigs. But this is only show number three here at Koko so we are taking baby steps. We are working on the set, delivering the new songs in the best way possible and of course, keeping the fans happy with the songs they already know. 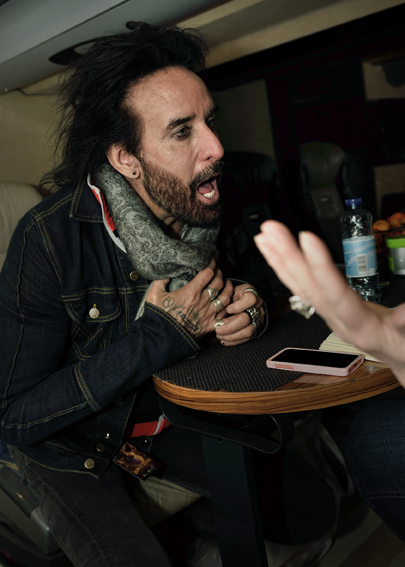 I asked Marco what it’s like to be in the Dead Daisies right now and his face lights up.
“It’s great! Everything I wanted in a band. All the elements are there. I love the cats that I work with – we’ve known each other forever and we have a lot of respect for each other. To come together and work in The Dead Daisies is incredible. We enjoy it and the fans do too.”

At this moment Deen is chilling on the tour bus and is agreeing, but his interview is tomorrow at the hotel, but I do get his room number ladies – it’s 209!!! 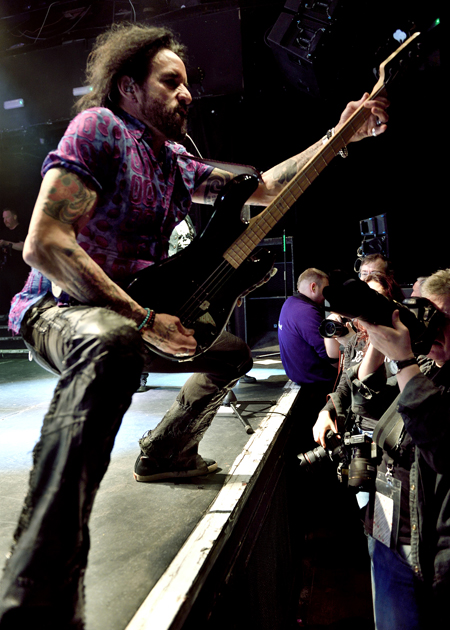 Marco continues:
“We are a bit longer in the tooth now, a little older, so from the management to things in our past, we have learned what not to do. And a lot of it is, everyone knowing their job and sticking to what they do.

“We keep our egos in check, as egos have broken up the best bands in the world. We have a lot of laughter in this band and a ton of fun with the whole crew too. We hang out and have dinner together – it really is like a brotherhood.” 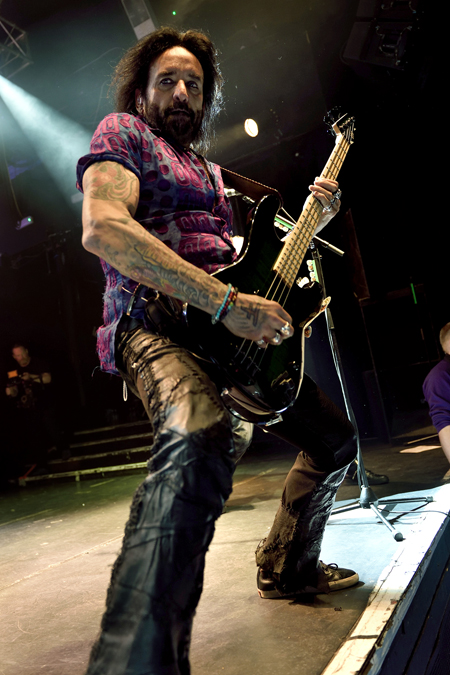 And as our chat comes to an end, Marco graciously adds:

“We appreciate you guys at MetalTalk as you are the glue that keeps us and the fans together.”

Amen to that Brother Mendoza. And as we leave the tour bus, we realise we are locked in. With much laughter about me almost making Marco miss his own gig, we finally escape the confines of the bus and go on to witness this new, improved version of The Dead Daisies, live and loud. A gig which was truly was not to be missed. Epic.

BLOODSTOCK REVEALS ALL THURSDAY ACTS - FOR WEEKEND TICKET HOLDERS ONLY!

MARCO MENDOZA: “TO BE PART OF THE DEAD DAISIES IS SPECIAL”