Palaye Royale, the three piece band formed by brothers Remington Leith on vocals, Sebastion Danzig on guitar and Emerson Barret on drums, have been enjoying something of an impressive run recently. From a run of festivals in Europe to touring in support of Marilyn Manson and Rob Zombie, its been an impressive rise.

Now, the band has emerged from the studio with their third album, ‘The Bastards’.

The album opens with the track ‘Little Bastards’. A blend of fuzzy guitars and punchy vocals complete with sing along backing.

It sounds like the bastard child of Muse and My Chemical Romance. ‘Massacre, The New American Dream’ has QOTSA sounding bass and drums pounding away before frontman Remington Leith comes screaming in.

If you have come expecting the band to have stripped down their art rock sound, prepare to be disappointed. Most every track practically fizzes with layers of filtered guitar, reverb and keyboards. ‘Anxiety’ is a good example; with so many pounding beats going on it could almost pass as a heavy anthem for electronic dance clubs.

Followed by the brooding ‘Tonight Is The Night I Die’, which would not sound out of place as a James Bond song, its clear Palaye Royal are aiming big with their sound and their songwriting.

The disarmingly catchy, gang vocals and tapping drum sticks of ‘Lonely’, along with Remington’s rather brilliant delivery, make it sound almost like Eminem’s long lost emo phase. It’s also one of the very best tracks on the album.

Of the track, Remington told MetalTalk: “Lonely is about the mental and physical abuse I endured as a child. Growing up, I went through so much shit and at points felt so low I couldn’t see a way out.

“It has effected me deeply throughout my life but I want the world to know that no matter what you’re going through, if I can make it out on the other side, so can you.” 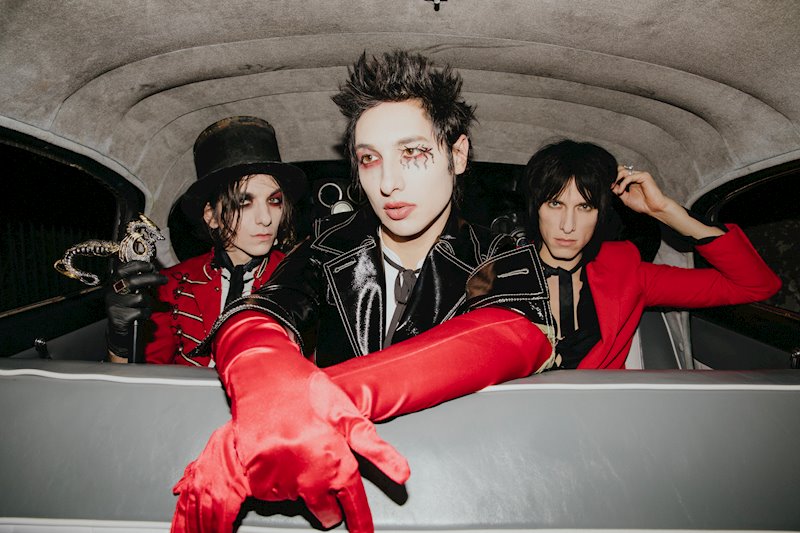 ‘Hang On To Yourself’ is a more upbeat number with another infectious chorus and even a few horns thrown into the mix for good measure.

The moody, mid-tempo rocker ‘Masochist’ is the perfect fist in the air mission statement for Palaye Royal and where they are now. With none of the songs on the album passing the 4 minute mark its easy to see that they are all polished and ready for heavy radio play and that is not a band thing.

‘Black Sheep’ is a another highlight. A fast paced Billy Idol influenced riff races along before another seismic drum and synth beat comes pounding down for the chorus. Like almost every song on this album, its very catchy and built to be played live.

‘The Bastards’ ends with the gothic piano and violin of ‘Redeemer’. It’s a fittingly atmospheric ending.

Palaye Royal clearly have the potential, the style and, most importantly, the songs to fill the biggest venues. ‘The Bastards’ falls just the right side of finely crafted and polished Art Rock. Without doubt, it is a must for all their loyal fans.

It is also sure to win them over more than a few new fans.