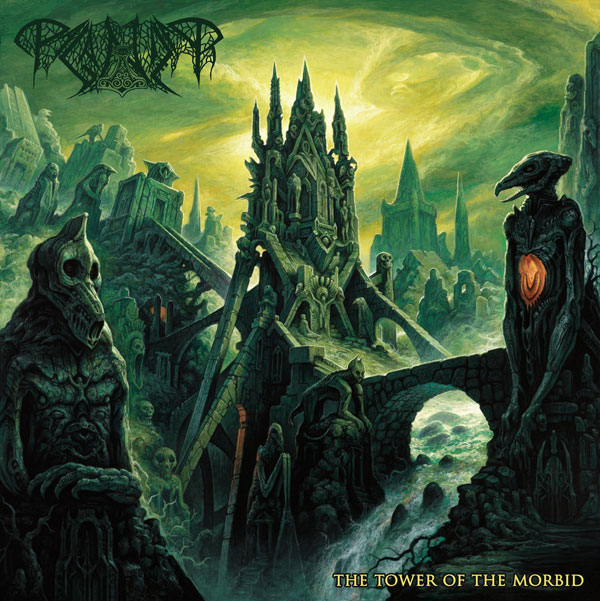 In these uncertain times it’s always good to know there are some things you can trust and rely on and one of those is things is that any project involving Swedish Death Metal Legend Rogga Johansson is going to be a quality item. 2017s ‘Land Of Weeping Souls’ was such a superb offering that had any other band delivered an album that good, I’d question whether they could match or surpass it, but in this case I expected it and no surprises that once again Paganizer have delivered and surpassed with their eleventh studio offering ‘The Tower Of The Morbid’.

‘The Tower Of The Morbid’ is an intense and compact eleven track, thirty-six minute offering that is filler free, has an old-school feel but without being stuck in the past, an abundance of insane lead work skilfully dropped in with seemingly reckless abandon adding a superb finish to already great tracks by Kjetil Lynghaug, particularly on ‘Flesh Tornado’ with it’s opening siren followed by Rogga’s growls tearing a path through the solid wall of riffing , ‘Cannibal Remains’ with the chilling line “You will BE Cannibal remains!”, ‘Redemptionless’ which has a superb meld of intense bleakness and a slick tempo switch up giving a brief mood lift before plummeting into the bleak again, ‘Rot Spreads’, ‘Beneath The Gauze’, ‘Purge The World’ and even opening on ‘Drowning In’ and ‘Demented Machines’ which sounds as intensely demented as the machines themselves. 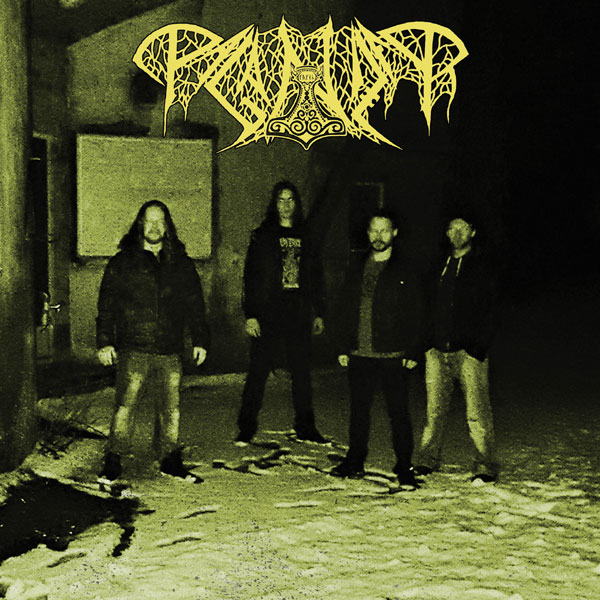 Other high points include superb second half riffs on ‘Drowning In’ from Rogga, reminiscent of some employed with his work with The Grotesquery, very bleak dark and powerful. ‘They Came To Die’ has a beautifully bleak dirty melody which pops up regularly across its duration, more excellent late second half, haunting Rogga riffing on ‘Beneath The Gauze’ and title track ‘The Tower Of The Morbid’ which has a superbly sinister opener and more bleak classic styled riffs from Rogga and a tempo which flits between mid, uplifting and back to bleak.

‘Purge The World’ also has a dirty groove to the melody, more so here as it repeats, forming more of a core to the track, overall making a monumentally good album.

Tracklisting:
1. Flesh Tornado
2. Apocalypse Writings
3. Cannibal Remains
4. Drowning In Sand
5. Redemptionless
6. They Came To Die
7. Rot Spreads
8. Beneath The Gauze
9. The Tower Of The Morbid
10. Purge The World
11. Demented Machines

Once again Dan Seagrave has been called in to cover the artwork for ‘The Tower Of The Morbid’ which should be of great interest to fans of Feral, Crawl, Revolting, Rogga Johansson, Gatekeeper, Dismember, Carnage and Wombbath. It’s top shelf Death Metal and is available from the Transcending Obscurity Official Site or official Paganizer Bandcamp from today, 1st November 2019.