Just before the latest lockdown, Girl guitarist Gerry Laffy snuck across town to sit on the MetalTalk sofa, but was wise enough to keep a social distance from interviewee Mark Taylor, for a chat about all things Girl related.

This included the recent releases on Cherry Red Records of their debut album ‘Sheer Greed’ and its follow up ‘Wasted Youth’, which are released in clamshell boxsets with bonus discs of extra tracks and live sets.

The complete Girl anthology is included in these two sets.

Formed in 1978 by Phil Lewis and Gerry Laffy, UK Glam Metal outfit Girl caused quite a stir when they first hit the burgeoning Rock scene.

With their effeminate name, daring use of make up and androgynous looks, Girl seemed out of place in what was then a macho denim and leather Metal scene, yet with their long hair, were considered too Metal for the post Punk alternative followers.

Often labelled as part of the NWOBHM scene, Girl stood out from the pack where their influences came from the Glam Punk of the New York Dolls, all delivered with the Artful Dodger charm of vocalist Phil Lewis and striking poses and riffs from guitarist Phil Collen and Gerry Laffy.

Girl soon made themselves known with regular gigs at The Marquee Club and even gaining some extra media attention when Phil Lewis started to date actress Brik Ekland.

Signing a deal with Don Arden’s Jet Records, Girl released their debut album ‘Sheer Greed’ which hit the UK Top 40 in 1980 and featured the ballsy rocker ‘Hollywood Tease’, a song that Phil Lewis would years later resurrect with the L.A. Guns.

The album also featured the riff-tasic chugger ‘My Number’ and expressed their diverse side with the post Punk new wave cream of ‘Strawberries’ and ‘The Things You Say’, as well as a high heeled cover version of the KISS chestnut ‘Do You Love Me’. 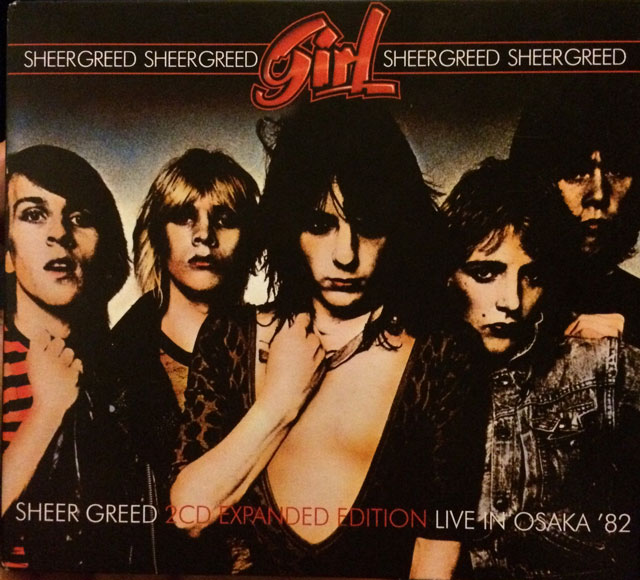 Girl heavily toured the UK and gained themselves wide exposure as support to Pat Travers, UFO and an arena tour with KISS.

1980 also saw Girl appear live on the BBC’s flagship music program Old Grey Whistle Test and a performance at the Reading Festival with a very well received set in a day that also featured a bottled Def Leppard, a conquering Slade and headliners Whitesnake.

It would be two years later that the record company finally put out Girl’s second album ‘Wasted Youth’, which was sacrilegious in a time when many artists were releasing two albums a year.

Momentum had been lost and ‘Wasted Youth’ received unfair criticism from the press and it barely dented the Top 100 in the national album charts. 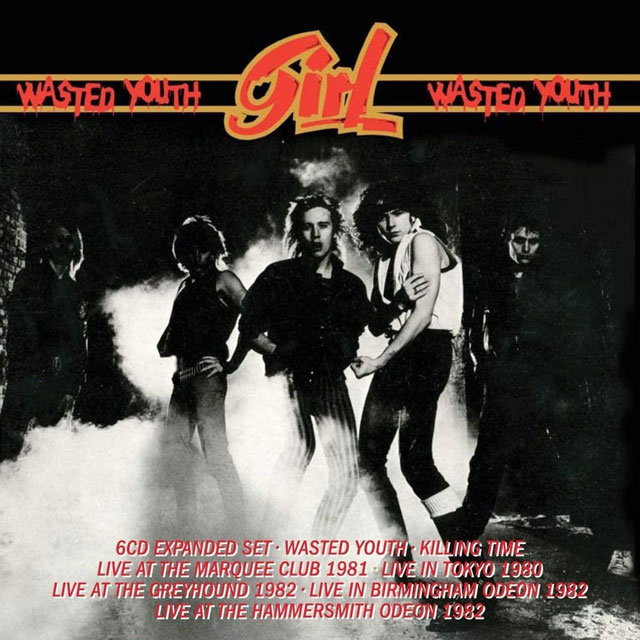 ‘Wasted Youth’ does have its merits though. It is a darker, yet rewarding album, which leaned towards a more Metal edge while keeping its new wave flavour.

Most of the songs were already mainstays in the live set when Girl were promoting ‘Sheer Greed’.

The album included the infectious strut of single ‘Thru’ The Twiilite’, the bluesy rocking swagger of ‘Overnight Angels’, the gutter sleaze of ‘Old Dogs’ and ‘McKitty’s Back’, plus the live favourite chant of ‘Ice In The Blood’.

Soon after, Phil Collen was headhunted to join Def Leppard to complete the ‘Pyromania’ album and Girl soon splintered apart, yet their short lived legacy lives on.

‘Sheer Greed’ with bonus tracks ‘You Really Got Me’ (Kinks cover), the Russ Ballard penned single ‘Love Is A Game’ and ‘Little Miss Ann’ complete with a bonus disc ‘Live In Osaka ’82’

Also available for download and streaming from Cherry Red Records is Gerry Laffy’s entire solo output including the acclaimed 1990 album ‘Money & The Magic’. 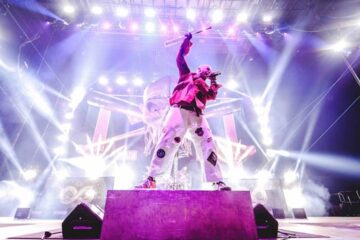