Mike Tramp, known for his work with White Lion and Freak of Nature as well as his extensive solo work, has today released his album ‘Everything Is Alright’. The album features ten of his biggest hits in a best-of collection.

Mike told MetalTalk: “As far back as I remember, my focus has always been to be the best me, and not a bad copy of someone else. With each song I write, each album I record, and the many shows I play. I come closer and closer to that goal, and today I feel I can honestly say, I have arrived. ‘Everything Is Alright’ confirms that in every way.”

The song ‘Everything Is Alright’ was also part of the competition to find the Danish entry for the Eurovision Song Contest, a competition he previously won in 1976.

While the song may not have gone forward to the main Eurovision Song contest, Tramp was happy to have been part of the process, saying “everything is still alright. There’s no retreat. There’s no surrender. Rock ‘N’ Roll do not bow and obey to anyone.

“All eight songs [in the contest] are there to win, but the moment you deliver and sing a song without compromising on yourself, only at that moment can you leave the stage as the winner – no matter what the jury thinks.”

You can order the album at targetshop.dk/en/miketramp

Everything Is Alright tracklist:

SECOND TIME AROUND: MIKE TRAMP IS STILL AT THE TOP OF HIS GAME 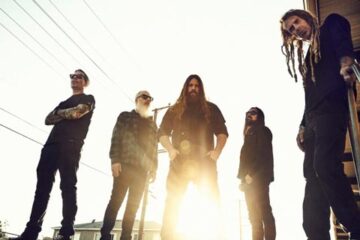