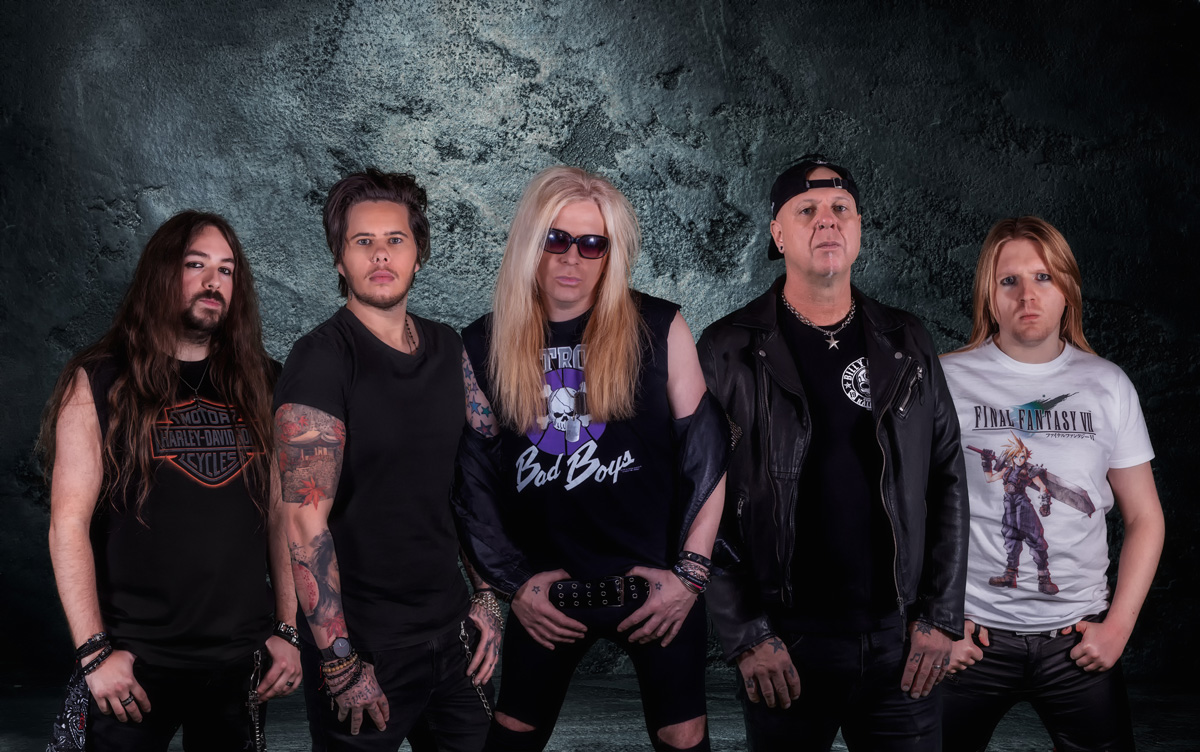 Even before you’ve heard them play a note or seen a picture of them, when a band are called Midnite City and their latest album is called ‘Itch You Can’t Scratch’, you are already picturing massive hair, hi-viz super-strats with knife-edge Jackson headstocks, eye-liner and spandex.

Lots and lots of spandex.

That’s right, dude. You’re back in the 80s. Most excellent! And if like me you think that’s good, you’re probably also old, just like me. But hey, as Magnum once said, “we might need our rockin’, but we don’t need no rockin’ chair”. Right?

So, this is Midnite City’s fourth album. It kicks off with ‘Crawlin’ In The Dirt’, and straight away, these good ol’ boys from the good ol’ UK take you right across the pond to the LA Bay area with an edgy mix of keyboards and distorted guitar. Rob Wylde gives it lungfuls with the lyrics like a Preston-born Bret Michaels, breathing voice into a crazy mix of good news and bad. It’s like the last thirty-five years didn’t happen, and with its party-time vibe and upbeat, optimistic feel, it’s played with absolute authenticity. 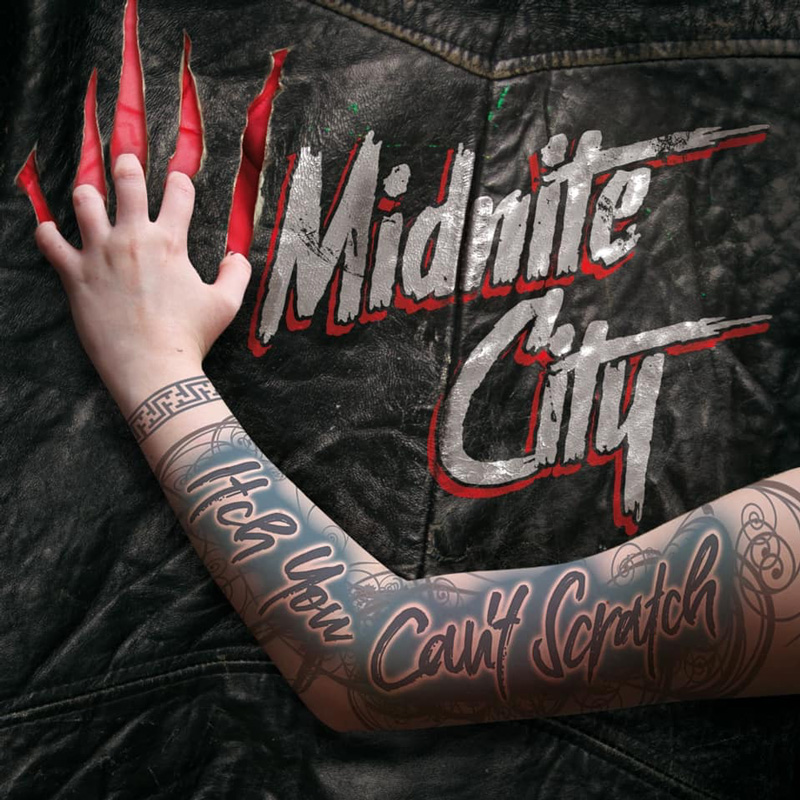 Sinks lower than a tory on the take

‘Atomic’ follows, with a sleazy riff that sinks lower than a tory on the take and goes right back to the glory days and sounds of Southgang. The music is really well constructed and slickly produced. All the old tricks are there, including the chest-beating chorused vocals. Until you hear an album like this, you don’t realise the journey that Metal has travelled over the years, but maybe, just maybe, this is what it would all have sounded like if grunge hadn’t come along and spoiled the party.

The 80s spawned many things, some good, some bad, and some we will never agree on, like ballads, which takes us nicely into the third track on the album, ‘Fire Inside’. Love them or hate them, I’d be disappointed if a band with Midnite City’s pedigree didn’t have at least one slow player on every album, and they make a pretty good fist of this one. From my perspective, it’s thankfully bereft of the piano. It’s just a softer tone, still with layers of chorus guitar and the usual schmaltzy lyrics you’d expect. You could imagine this track sitting pretty on any one of a hundred romcom film playlists, and no worse for it either.

‘Darkest Before the Dawn’ covers a typical lyrical theme of the time, the individual against the world, and Rob Wylde lets rip with the lyrics. I’m amazed at how authentically this band has hit the nail on the head with the sound, lyrics, and production. It feels like I’ve been transported back to my sixth form days and all the hormonal teenage angst of the time, liberally mixed with vast dollops of hair gel.

Midnite City have an absolute passion for their sound and mission, which is so helped by truckloads of sheer talent. This stuff was all thirty, maybe forty years ago, but still, they manage to make it sound original.

A ballad with benefits

The band come off the accelerator a little with ‘I Don’t Need Another Heartache’. This one’s probably best described as a ballad with benefits, the kind of thing that made Def Leppard and Bon Jovi household names.

Once upon a time, songs like this had teenagers, who are now of a certain age, going wild in the streets. But you know what, this fits and this works. Somehow, right here and right now, Midnite City have an original sound all of their own by taking on a vintage one and making it theirs.

And then the curve balls arrive. ‘Blame It On Your Lovin” doesn’t just announce itself, it kicks down the door with a battering ram of a dirty blues riff. The lyrics are deeper and dirtier than the previous few songs. But it’s still foot-stomping catchy stuff with a chorus that you can’t help joining in on.

This will have the whole place jumping up and down when it’s played live, and it’s a song that Kiss would have probably killed for to get on their setlist. The solo is just absolute genius, and everyone in the room right now stand up and hats off to Miles Meakin’s work.

‘They Only Come Out At Night’ starts with a mock-horror children choir. What’s this? Alice Cooper influences? Turn off those lights and play this song in the darkness and feel the atmosphere, feel this song creeping up on your senses. It is different and yet not so. It is new subject matter for this album, but the story is told in the same style. Big voice production, chorusing all over the place, huge drums and massive solo overlays.

Normal service is resumed with ‘Chance of a Lifetime’, upbeat riffing and lyrics about ambition and never giving up. It’s a well-used theme and could so easily sound clichéd. And it would if it wasn’t so damn good. I’ve got albums from this era all over my cd shelf, but this makes me feel like I am hearing it for the first time.

We’re back into ballad territory with ‘If It’s Over’, which has a big drum power ballad intro, and some piano in the background as the verses are dragged from Rob Wylde’s tortured, abandoned soul. A big American sound by a British band, it’s a fantastic mix, and Midnite City put all the ingredients right on the money.

The album ends with ‘Fall To Pieces’, a jaunty, upbeat track that continues in the spirit of a style you thought had disappeared long ago. And maybe that’s their secret. No one and I mean no one, is playing Metal like this anymore, apart from Midnite City. And yes, you first heard all of this stuff decades ago, but for a long time you haven’t.

Right now, no one sounds like Midnite City, and maybe they’ve got something there. They do it amazingly well, and if anyone deserves to succeed with a resurrection of an old-style, it’s these boys.

They have definitely got an audience with the older crowd. I wonder how it will sit with the millennials.

Anyone for a perm?