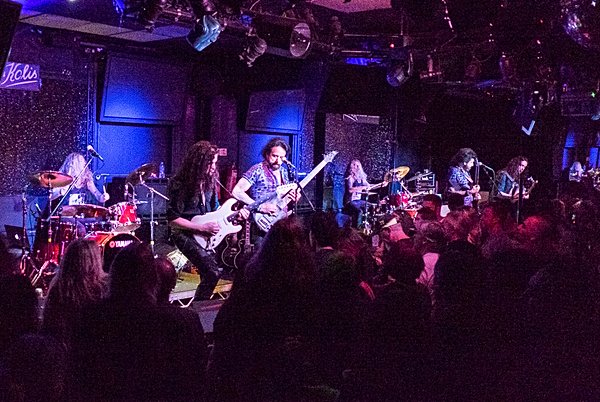 Starting the tour with a bang, Marco and three brilliant support bands prove that rock’n’roll is very much alive and well in 2018.

Kicking off the night nice and early with their stripped back bare-bones sound, Annakii play a fine set. Frontwoman Anna shows off a strong husky voice and they go down well this early in the evening. 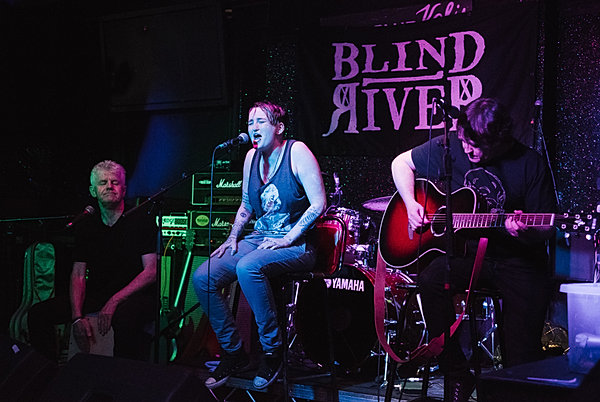 As the amps are fired up and Blind River take the stage, its time for some full on heavy riffing. With a sound that mixes bluesy hard rock and a young Alice In Chains, Blind River kick like a mule tonight.

They’re visually impressive as well and a bundle of energy on stage with great songs to match and the five-piece band go down a treat and win over a fair number of new fans in the process. 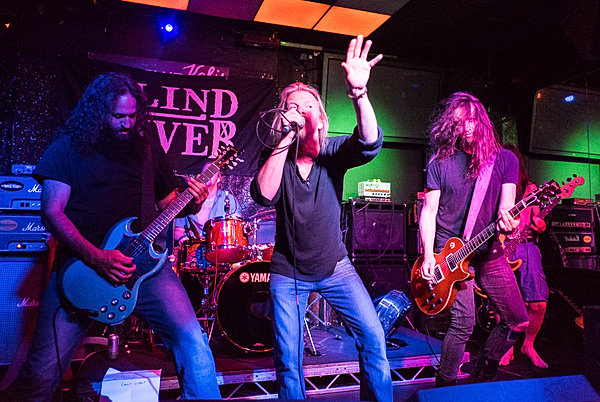 Next up are the mighty NitroVille. Whether its the classic old school British Steel of ‘Spitfire’ or the southern tinged hard rock of ‘Louisiana Bone’ the band whip up a storm tonight.

Led by the powerhouse vocals of Tola Lamont and Kurt Michael’s fiery lead guitar, NitroVille maintain a modern sound without losing the old-school charm. Turbo charged by the recent additions of Grizzy Rose Lee on rhythm guitar and Moyano El Buffalo behind the drums, songs like ‘Pitlane Fire’ pack a real punch and the band play a great thirty-five minute set. 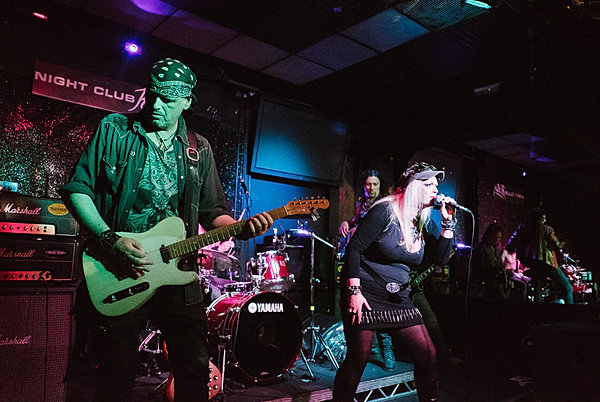 After having finished a marathon European tour with The Dead Daisies and releasing his highly acclaimed new solo album ‘Viva La Rock’, you might think that Marco Mendoza would want some time off the road. You would be wrong, since based on his show tonight Marco lives and breathes music.

A magnetic presence on stage, he is a truly humble frontman to boot, telling the crowd that “we aren’t the party – we’re here to enable the party!” Leading the entire crowd to clap on the beat, ‘Hole In My Pocket’ is a scorching blues rocker with funky grooves that would make Sly Stone sweat. 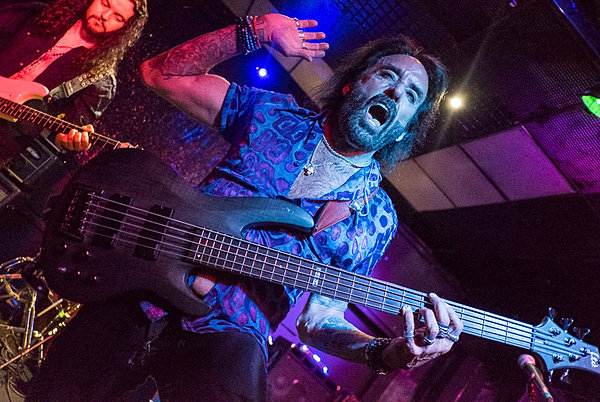 “I’m big into audience participation,” Marco announces before leading the entire crowd through John Lennon’s classic ‘Give Peace A Chance’. Whether it’s the ease of his stage banter or playing a bass solo while walking into the crowd, Marco Mendoza has total control over his audience and his music tonight.

A tribute to his friend Ted Nugent, ‘Hey Baby’, is a showstopper of extended solos and breaks. With Tygers Of Pan Tang guitarist Micky Crystal on lead and Kyle Hughes on drums, this three-piece is damn near untouchable; not since Cream has a bass, a guitar and a drum kit sounded this strong and flexible. 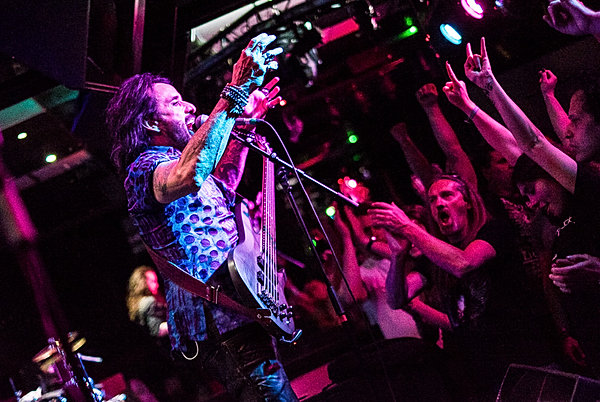 ‘Lettin’ Go’ is a funky number with some Hendrix style guitar voodoo thrown into the mix and lengthened with some killer solos and fills, it’s hard rock with real groove.

Slowing things down with a ballad, Marco eases the crowd into a blues tribute to the late Billie Holiday. Standing stage front and singing without even a microphone, ‘God Bless The Child’ is ten tons of pure soul music that no number of flashy arena sized gimmicks can come close too. New album title track ‘Viva La Rock’ picks the pace right back up and the crowd sing along. 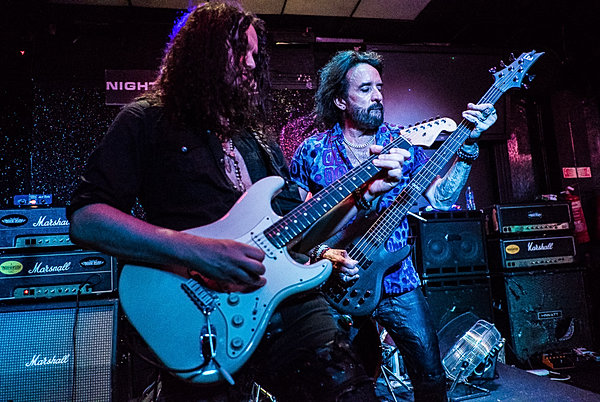 Ending with a get up and dance medley of ‘Higher Ground’ and Thin Lizzy’s ‘Chinatown’, Marco Mendoza leaves the stage to massive applause and immediately starts signing albums and taking pictures with his fans.

This was rock, blues and soul all alive, up close and very personal. A must see tour. 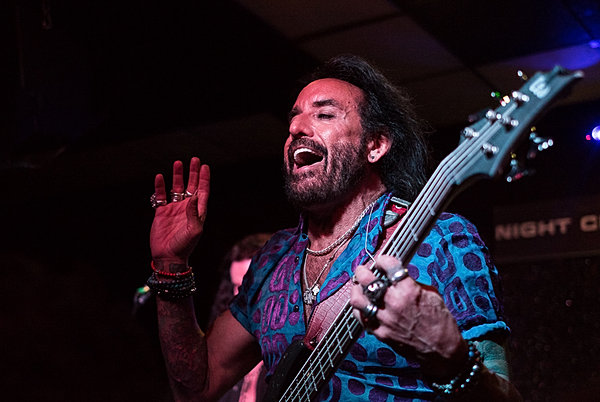