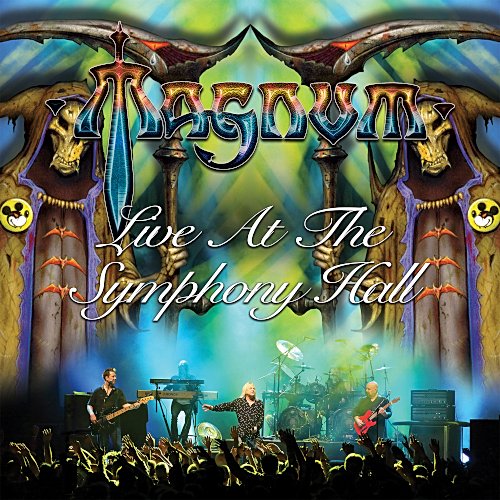 On 9th December 2016, Magnum’s worldwide army of fans were left in shock when longtime keyboardist Mark Stanway announced his departure from the band.

Magnum: ‘Live At The Symphony Hall’

And his timing could not have been better as it was on the eve of the band’s first Dublin show in 24 years but since then the Midlands legends have showed resilience in the face of adversity and haven’t looked back.

With the shrewd recruitment of Rick Benton and the subsequent release of one of their most successful albums to date, 2018s ‘Lost On The Road To Eternity’, Magnum have undoubtedly gone up several gears and are once again firing on all cylinders. 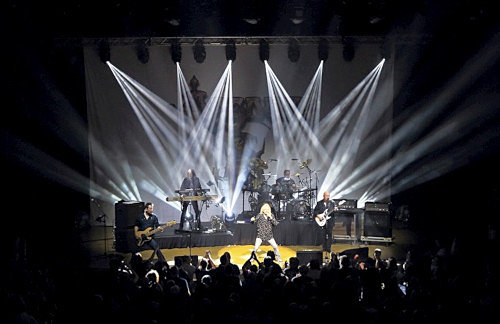 The tapes were thankfully rolling last April in their hometown of Birmingham at the Symphony Hall on the final night of their European tour and they captured a band who were absolutely on it.

With a catalogue of songs that lean heavy on dramatics, the opening to this album was always going to whet the appetite. The anticipation created by the sci-fi like intro to ‘When We Were Younger’ puts you right in the moment before the front of house Clarkin and Catley launch into their melodic tapestries.

The heat is ramped up on the 2,200 strong punters with the big and brawny sounding ‘Sacred Blood, Divine Lies’, a song that continues to stamp it’s authority every time you hear it live. 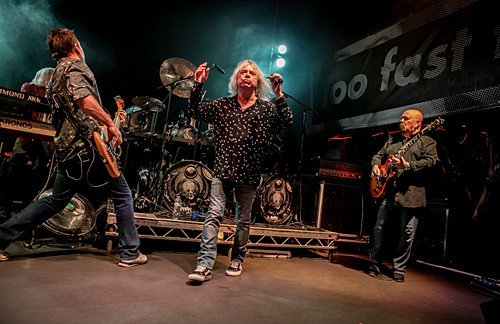 ​Having already guested on the new album, ‘Lost On The Road To Eternity’, Avantasia frontman Tobias Sammet jetted in from Germany to pull off another majestic duet with Catley on the title track. With three decades between the two singers, this version is a case of master and apprentice as the hometown boy’s well travelled pipes completely dominate.

Fellow Midlands natives Rebecca Downes, who supported on the night, and Lee Small (Shy, Phenomena) also make an appearance to add extra gusto to the silky ‘Without Love’ but as great as this is, it’s totally eclipsed by the five minutes and forty two seconds of magic that follows.

If the studio version of ‘Your Dreams Won’t Die’ made your made your blood flow at a rampant pace, then it’s live companion will no doubt have a similar effect. With Rick Benton’s knee weakening keyboards straddled by some elegant backing vocals by bassist Al Barrow, hook soaked rock balladry doesn’t come much better than this. 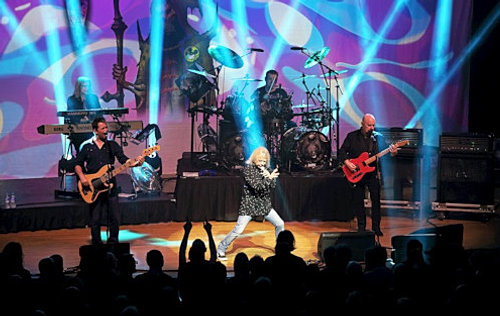 As far as the classics go, well they sound as timeless as ever. ‘How Far Jerusalem’, ‘Les Morts Dansant’, ‘All England’s Eyes’ and the rollicking and eternally youthful ‘Vigilante’ were always enthralling live animals but on this night and on home turf, it’s like experiencing the second coming of Magnum and for the hardcore disciples the heroic return of ‘Don’t Wake The Lion’ (Too Old To Die Young) to live duty is supremely executed and greeted like a homecoming soldier.

Not all bands have the luxury of recording live albums in such salubrious surroundings as the Symphony Hall. The 27-year-old venue is world renowned for it’s acoustic prowess and Magnum took full advantage and collectively assembled a performance of colossal proportions.

Although Clarkin and Catley get the majority of mentions, it’s important to recognise the stirring contribution of Al Barrow, Rick Benton and Lee Morris, and there is most definitely an argument to suggest that this is the strongest line-up of their 47 year long career so far. Even the slight annoyance of the absence of ‘On A Storytellers Night’ can’t take away from this being Magnum’s most titanic live release yet.

1. When We Were Younger

3. Lost On The Road To Eternity

10.Show Me Your Hands

15. When The World Comes Down