Swiss Blackened Death Metal duo Lykhaeon return with their follow up to 2015s full-length Tanz der Entleibten and 2018s EP Ominous Eradication Of Anguished Souls with their latest studio full-length release, Opprobrium, which is more on a par, style-wise, with the EP than the debut full length.

However, this is the first release that sounds how Lykhaeon believe they should sound. They describe this as a “stirring interpretation of a classic tale from Greek mythology, providing a musical and lyrical underpinning that allows this compelling story of desire, deception and the arrogance of immortals to sear through the listener’s speakers and grasp them with an urgency rarely seen when delving into the selected source material. It includes unorthodox acoustic instrumentation and choir vocalisations that, albeit grand in presentation, are wholly necessary to appropriately convey the unfolding narrative.”

Lyrically, Opprobrium is “the tale of Persephone’s abduction by Hades and her eventual liberation, partially hindered by Hades’ final temptation and is composed in the form of a play, where the chorus serves as an expository narrator alongside the characters of Hades, Zeus and Persephone. Each of the seven tracks on the album encompasses a short act or a significant sequence of events driving the plot.” 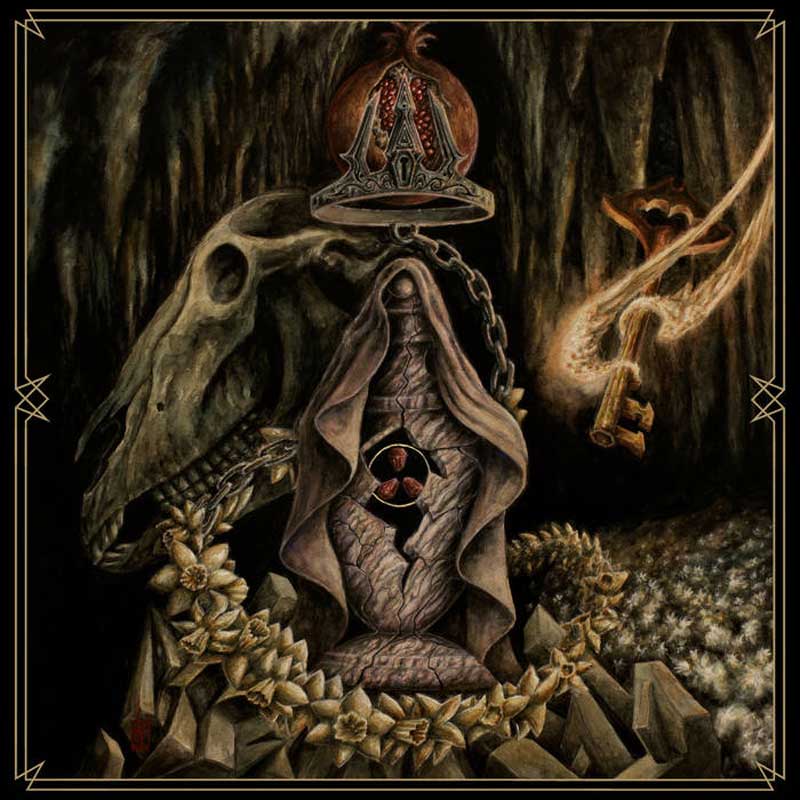 I am pleased that Lykhaeon are happy with the sound they have arrived at. The most important factor in music is to play what is right for the musician, not the perceived audience, and it does reflect in the final sound.

Opprobrium is not an easy listen, but then you shouldn’t expect Black Metal to be anyway. It took me several play-throughs to start to get to grips with it. It is an unnervingly atmospheric and dark offering with equally unnerving cavernous vocals but also a rewarding listen once you grasp the meandering style and the brutal ebbing and flowing.

It makes a massive statement from the opening title track, Opprobrium, with its extended haunting soundscape opener, the music arriving with pomp and dark magnificence. It’s also a release that needs to be listened to from start to finish to appreciate it fully.

Filled to the brim with dark atmospheric Black Metal, it even dives into the realms of Blackened Doom at times, particularly parts of Abducting The Seed, which also utilises towards its close some of the unorthodox acoustic instrumentation mentioned earlier.

The atmospherically cavernous eleven-minute monster, The Whorish Arrogance Of Immortals, switches seamlessly from dark and doomy to symphonic tinged, manic paced Black Metal and back, repeatedly, overall making it a very immersive listen.

The immersive listen runs all the way to the atmospheric acoustic outro, To Salvage The Seed, a welcome wind-down from the preceding dramatic intensity.

Opprobrium will be available as digital, CD or vinyl releases from https://lykhaeon.bandcamp.com/album/opprobrium