Charting The Rise Of Inglorious At Spectacular Album Launch Show

There were several enticing draws in town tonight, with Barb Wire Dolls down the road at Nambucca and Steve Hackett over at The Palladium, but the hottest ticket was right here at the launch of ‘Inglorious II’. I wasn’t the only one who thought so as the sold-out Islington Assembly Hall was bursting at the seams and in the mood for a huge celebration.

Gypsy Heart opened proceedings with powerhouse vocalist Heather Leoni seriously impressing – one to watch. Scottish rockers and Frontiers labelmates Mason Hill then raised the temperature with a blistering and vibrant set heavy on riffs. This was their first London gig and they made every moment count.

A fantastic version of ‘Mississippi Queen’ early in the set showed us where they were coming from and tracks ‘Survive’ and ‘Now You See Me’ exhibited why they are among the frontrunners of the current crop of new hard rock bands. A raft of new fans gained this evening, we are looking forward to many more gigs ahead. 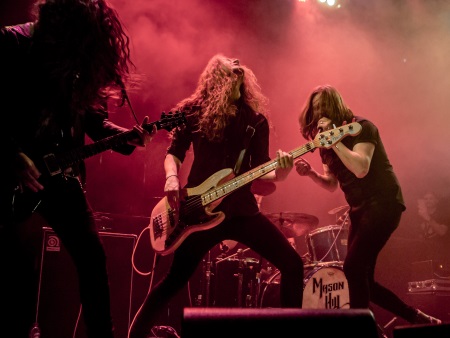 By this time, the atmosphere was electric waiting for Inglorious – the road crew were getting anticipatory cheers in case it was a low-key entrance. Of course it wasn’t – the lights dimmed, Plant Rock’s Wyatt Wendel gave the introduction and the jovial strains of the theme from ‘Grandstand’ rang out. We all knew the Final Score by then – ‘Inglorious II’ is number one in the official UK Rock Chart and number 22 in the overall UK Charts.

No matter what arguments there may be about the relevance of the charts, the amount of sales and so on, you simply cannot achieve that result and tonight’s reception without having a damn good product and being bloody good at what you do. This was a well-deserved celebration of a truly great album and some serious hard graft in getting the word out there and engaging fans.

With a full light show featuring myriad colours the band have never looked so good and every member shone visually as well as musically. The set, which contained nine tracks from the new album, seven from the first and an acoustic interlude, oozed class from start to finish. There’s all the good stuff here, huge monster riffs, sexy grooves, otherworldly vocals, and most of all top quality classic rock songs. 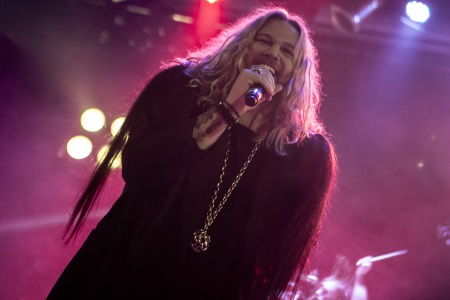 This new album has been in constant rotation for the last few weeks and its 10-pint scoring holds up. The transition to stage was seamless, which to be fair was not that much of a surprise when considering it was tracked live, like the debut – and check out the behind the scenes filming included on the Deluxe edition of the CD for a glimpse into the creative process.

Inglorious have risen to every single challenge they have faced to date and this gig hit a sweet spot of material, performance and achievement. Frontman Nathan James exuded charisma and backed up this magnetic stage presence with vocals that ran the range from soaring to powerful to tender to kick-you-in-the-face-screaming. The entire band relished the occasion and yet again proved why they are the leaders of the pack. 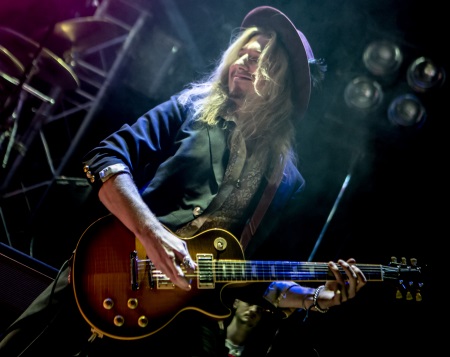 During ‘Change Is Coming’ hopefully Nathan took the time to relish the relevance of the line “and every single damn minute will be worth it when they’re calling my name” – and there were certainly plenty of shout outs from the audience.

Inglorious now have enough material for a full-length set and plenty left over. It’s testament to the quality of the first two albums that I was simultaneously delighted in what was included and also disappointed in what had to be left out – especially ‘Bleed For You’ which according to the setlist was a late exclusion. Good problem to have though. 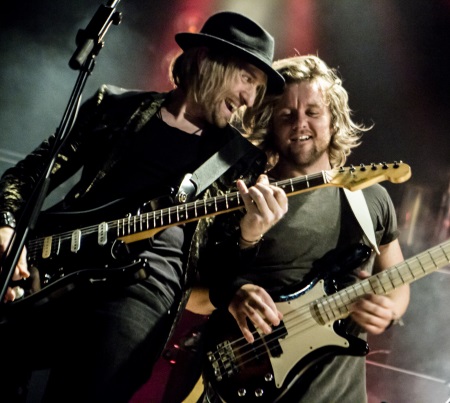 With no need to rely on covers to fill the main set, two made an appearance as enrichment to proceedings – and how. Backed up only by guitarist Drew Lowe, a dedication to Chris Cornell was made, followed by a stirring and poignant version of ‘Black Hole Sun’. Nathan James, you are responsible for my first bout of public crying in 2017 – made it to nearly halfway through the year this time…

The whole band returned for a stunning acoustic version of ‘Burn’, with Phil Beaver trading the drumkit for a 12 string, the tempo slowed right down and layered harmonies and soulful vocals bringing a new dimension to the track, showcasing the band’s versatility.
This emotional resonance was also very much present in ‘Faraway’, an intensely personal song that is going to be a highlight of future live sets. They all are actually, it’s simply impossible to choose the best moments from tonight. 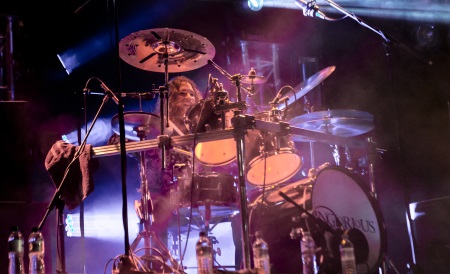 A trinity of huge numbers was saved for the encore, including an amazing bit of staging for ‘Holy Water’, which saw Andreas Eriksson take centre stage for a spell binding solo improvisation before breaking out the now-familiar and well-loved intro riff. As the disembodied vocals started, the realization slowly dawned that Nathan had stealthily appeared in the centre of the crowd, given away by some polite “excuse me”‘s and “hello”‘s between lines. With the house lights raised, leading the entire hall through the chorus from the centre of the crowd was a brilliant touch for a track that has become essential to an Inglorious set. 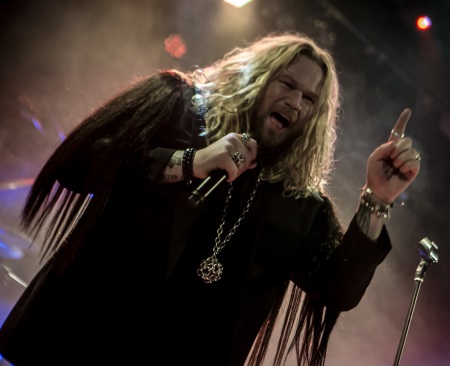 As the strains of final song ‘Until I Die’ faded, the energy remained through the roof as the cheers rang out for the final bows and continued for ages. You’d probably have to go back to 1990 and the FM, Little Angels and Thunder gig at the Town and Country (now Forum) to experience the same sense of excitement and satisfaction at the current torchbearers for rock. This is a good thing for the entire scene, the more bands that put on great rock gigs and new songs of at least this standard the better.

Tonight belonged to Inglorious – this was a consummate performance and an unconditional success – a coming of age gig that has written another chapter of their story. You’d better stick another ten pints on the tab.

Charting The Rise Of Inglorious At Spectacular Album Launch Show 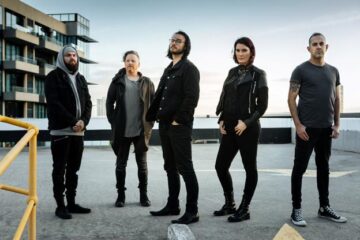