Mascot Records have announced that they have added the band Levara to their roster, with their debut album due to be released in 2021. Levara have also released their first track ‘Heaven Knows’, which you can watch here.

The band formed in Los Angeles, with vocalist Jules Galli, who emigrated from France, drummer Josh Devine from the UK and guitarist Trev Lukather, son of Toto’s Steve Lukather, forming the basis of the group.

Trev Lukather told MetalTalk: “‘Heaven Knows’ is the opening track to our album, so it makes sense to have it as our introduction to The World. Fast pace, in your face Rock ‘n Roll with that added Levara swag.

“The video is an old school homage to the early MTV takeover days adding our album color concept, bringin’ that sharp dressed Miami Vice vibe to the mix.

“We are just three guys that love making music and having as much fun in the process, so the video is simply an accurate representation of us.”

Gaili says: “[Heaven Knows] is about digging through the darker parts of your own psyche. It’s about asking questions to yourself and recognizing our mystical connection to the bigger picture, a higher power…

“What’s stopping you from reaching your ultimate potential?”

All three musicians have a history in the business, but with the group they believe there is something special there.

Galli said: “When we started to collaborate we found ourselves in the middle of something really fresh. My lyrics over the instruments created a new vibe none of us had heard before.

“We thought it would be a shame to not pursue the potential all of us were feeling.”

Josh Devine said: “We all love Classic Rock, but we wanted to pay homage to it with a modern twist.

“We are in it together. Artist to listener.”

With plans being formalised for a later spring tour next year to back up the album release, the future is bright.

“I believe Levara is a band that can spark an influence for young kids and people of all ages to pick up an instrument and feel that connection,” Lukather says.

“At the same time of singing along to anthemic, feel-good and emotional tunes, you can incorporate the heart and soul that started music in the first place. We want to inspire our generation and the next to want to pick up a guitar, pick up a bass, pick up drum sticks, or go for those high notes vocally.

“I feel there is a need for epic ‘pop’ tunes to have that musicianship behind them, like the classic bands we all love and admire.

“I believe we accomplished that with our album.

“If we can influence that in any way, we are winning.” 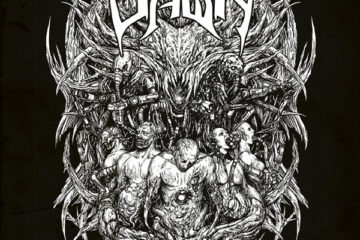