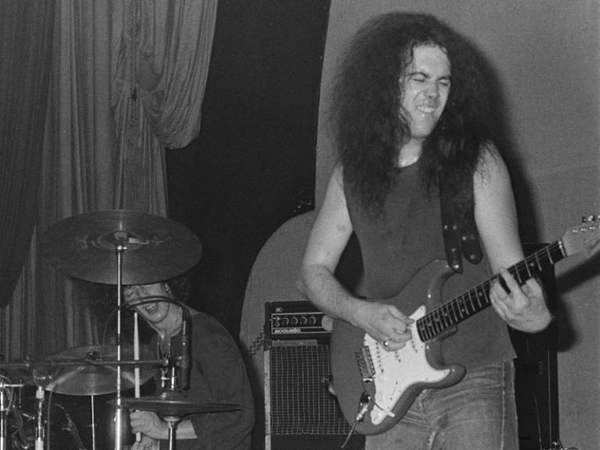 Larry Wallis, the first Motörhead guitarist, has passed away aged 70.

Wallis joined the fledgling Motörhead in May 1975 while still a member of the Pink Fairies with Lemmy and Lucas Fox. Fox left the band in September 1975 and was replaced by Phil ‘Philthy Animal’ Taylor.

He played on the first Motörhead album, ‘On Parole’, which remained unreleased until 1979 after Motörhead had become established. In March 1976, deciding that two guitarists were required, the band auditioned an acquaintance of drummer Taylor’s, ‘Fast’ Eddie Clarke.

Wallis, who was continuing to tour with a reformed Pink Fairies, quit immediately after the auditions and Clarke remained as the sole guitarist. This trio of Lemmy/Clarke/Taylor is regarded as the classic Motörhead line-up.

“Larry Wallis, first guitarist for Motörhead has died at the age of 70.

“Wallis played on the Motörhead album ‘On Parole’, which was shelved for four years until the band grabbed success with the charts and a rabid following. Although recorded in 1975, the LP became the fourth album released.

“In 1987 Wallis reformed his pre-Motörhead band The Pink Fairies. They recorded and released a new album ‘Kill ‘Em And Eat ‘Em’ in 1987.

“In all of that time Wallis only released one solo album, ‘Death In The Guitafternoon’ in 2001.

“No cause of death has been revealed as of this writing.

“Another stand out track for which Larry will always be associated with is the anthem, ‘On Parole’.