In music, you cannot purchase aura, regardless of how much music you put out. That magical halo of greatness is bestowed to only a few artists/bands, with the criteria for entering such rarefied air being mysterious and generally ineffable. King Buffalo, hailing from Rochester, New York, are one such band.

Ever since forming in 2013, the band has been creating seductively dense psychedelia punctuated with timely guitar crunches. It’s that simple. It’s also that complex. So intense is the musical landscape they curate that it takes repeated listens just to scratch the surface of their art.

So, I made a note to listen to their fifth studio album, Regenerator, which premiered at the beginning of the month, multiple times. As I write this, I have restarted the first song, the title track, already a few times. It has this dreamy, synthesizer opening–a King Buffalo trademark–that immediately centres your attention. A galloping guitar, tight drums, and the unique vocals of Sean McVay quickly enter, and another heady musical journey with the band begins. The instrumental sections have the soothing comfort of The Allman Brothers and the imaginative landscape of Yes. The rest of the song is set on a cruising speed of laidback interstellar travel. You just want it to go on forever.

Mercury, up next, has an up-tempo jazzy opening. The rhythm section of bassist Dan Reynolds and drummer Scott Donaldson really begin to find their groove here. The highlight of the song is their heavier nods to ’70s prog-rock, something like Rush’s Hemispheres album. King Buffalo begins what puts them in unrivalled territory, slowly and organically fashioning the listening experience to be heavier on all levels.

A short but catchy guitar riff cracks open Hours. I actually listened to it a few times in a row. It has this “big stadium” feel about it. The rest of the song follows suit and stays in this elevated energy plane. I already see this song being a crowd favourite if it is played live. But, like a great glass of wine, KB has all the right, balanced notes to frame the heavier moments of the song with great longing. The song wisely ends on a head-banging note and then abruptly stops.

It feels like time for a break, right? Well, King Buffalo literally serves that up with Interlude, the shortest song on the album. In spite of its three-minute length, it still serenely sits in all things trippy and transcending. That is the genius of King Buffalo. To even take the shortest domain of time and still create gripping musical moments.

Mammoth, a song the band created a video for, has a nice surprise waiting for listeners after its light opening. The lyrics are literally about riding a Mammoth in the snow with one of King Buffalo’s signature themes–searching. And then, it comes. A wave of heavy guitar that almost borders doom, teasing listeners that the band is capable of anything and everything. Before one can get accustomed to this riff, the band surges out with some of their most impassioned playing. At times I could feel the epicness of Animals era Pink Floyd. Taking the song out is just the humanness of soaring vocals. Brilliant.

Avalon is a mythical island that was referenced in Arthurian legend in 1136. I find it impossible to think that the band wrote the song of the same name without at least subconsciously channelling that piece of lore. Any music associated with that island would sound romantically distant and forgotten.

Sure enough, Avalon is full of mythical atmosphere, except the island feels adrift, kind of like the forests in the classic sci-fi film Silent Running. The song could have easily been a closer, but it feels perfectly at home being the penultimate one, easing the listener to the regrettable end of another King Buffalo classic. The lyric “an elegant breeze will guide the way” seems beautifully fitting.

The last song could have gone in a multitude of directions while keeping all the hallmarks of a King Buffalo album. Firmament chooses an opening that feels like it could have easily been on Trespass by Genesis. McVay’s vocals are the spotlight and cast a warm glow on the album’s final song.

I would have been perfectly content for the song to stay in that airy state for the rest of the piece. Nope. King Buffalo throws it all down with a musical finale with muscle, swagger, and cool confidence. The album finishes with the band standing majestically on top of a mountain of their own making.

It is impossible to isolate a favourite song, so I won’t bother. Just know there are dozens of moments on this album that will transport you to outposts of your emotional edge.

So, if you haven’t guessed it by now, this is King Buffalo’s greatest album.

Every time I think it is impossible to eclipse any previous magnificence, I am proven wrong time and time again. As such, it is a little stretch to say that Regenerator is one of the greatest albums ever made. That statement should only surprise people who haven’t been paying attention to music for the last 20 years and the evolution of rock ‘n’ roll. 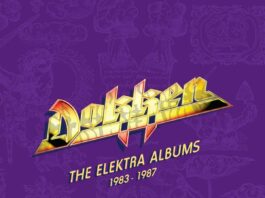 Dokken / The Elektra Years a wonderful tribute to their role... 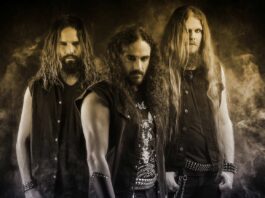 Frozen Dawn / The Decline Of The Enlightened Gods is bone-chillingly... 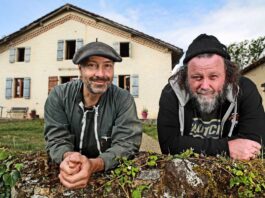 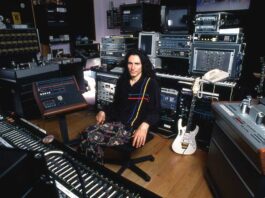 Steve Vai / Gash is an album full of thrilling sounds... 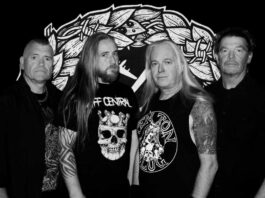 Memoriam / Rise To Power, a punishing fifth album from the... 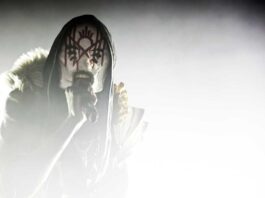 Sleep Token and Northlane give Birmingham a real sensory overload 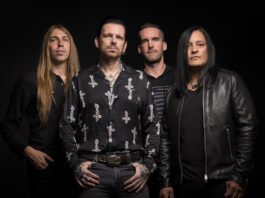 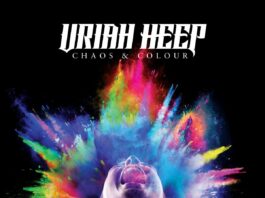 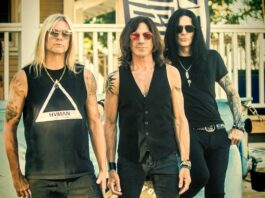 Heroes And Monsters a top contender for rock album of the... 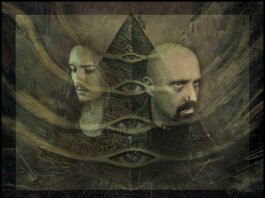 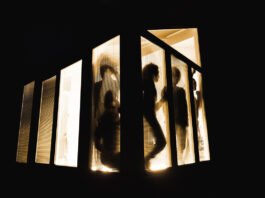 Atsuko Chiba / A masterpiece of past, present, and future sounds

The Bus Station Loonies release ‘a tribute to the magic of...

ABOUT US
METALTALK. COPYRIGHT © 2023. ALL WRITTEN SITE CONTENT IS COPYRIGHT METALTALK.NET UNLESS OTHERWISE STATED AND IS NOT TO BE USED WITHOUT PRIOR PERMISSION.
Contact us: editor@MetalTalk.net
FOLLOW US
X