It’s been a long wait but yes, the inimitable King of Shock Rock, the one and only Alice Cooper, is back with his first album of original material in six (count ’em) years. It’s titled ‘Paranormal’ and it’s a weird and wonderful collection of guitar-driven delights, but what else would you expect from the composer of beautifully warped classics like ‘Under My Wheels’, ‘I’m Eighteen’ and ‘Billion Dollar Babies’? 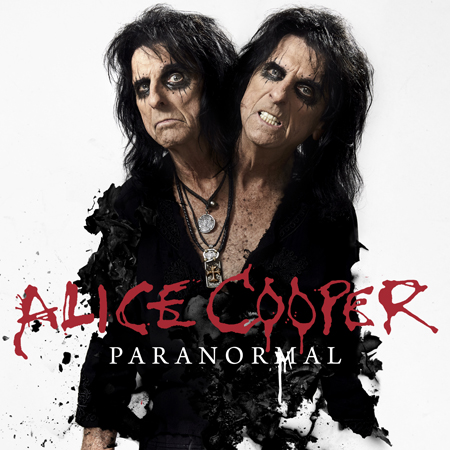 Alice’s last release, 2011s ‘Welcome 2 My Nightmare’, a sequel to the 1975 classic album ‘Welcome To My Nightmare’, was something of a mixed bag aimed more at the huge Alice Cooper fanbase more than the average rock music fan, but it’s clear from the very first listen of ‘Paranormal’ that Cooper has returned to a more straight-forward collection of songs rather than a concept.

The album may start off on a slower pace with the almost melancholy guitar intro of the title song, but things soon pick up as the drums kick in and there’s no looking back after that. Alice’s voice is clean and clear and is shows that even when his singing is subtle it has enormous power to it, and he’s lost none of his charisma either.

‘Paranoiac Personality’ is as close as it gets to a foot stomping rock track and it’s complete with anger-tinged vocals, a solid and steady drum-beat and short but inventive guitar solo. Add in an easy to remember shout-along chorus and what’s not to like – it’s classic Alice Cooper through and through.

‘Dynamite Road’ quickly made its way onto my August 2017 playlist and it’s another great Cooper song that’s not yet a classic track, but I’m sure it’s soon to be deemed as such. The fast paced lyrics name-check Detroit, Cadillacs, alcohol, pick up girls and Goons in a boogie down the self-titled road, all before the guitar solo takes hold and takes the song in a totally different direction.

‘Holy Water’ is bombastic and tremendous fun with its stop-start funky guitar solo and Cooper sounds like he’s having enormous fun with the performance while ‘The Sound Of A’ closes off the album in a more serious fashion. Cooper’s vocals are shrouded in effects giving this song a unique sound to it while the slower more melodic pace allows the guitar solo to shine while Cooper gives a more straight down the line performance and sometimes that’s the strongest card in his pack.

For those more hardcore Cooper fans, the real bonus on the second disc is an historic two-song mini-reunion with his former bandmates, guitarist Michael Bruce, bassist Dennis Dunaway and drummer Neal Smith, the surviving members of the original Alice Cooper Band.

First up is ‘Genuine American Girl’ which is a fast paced rocker with Smith leading the way. With a different, more basic sound, these songs motor along at a fair pace with almost Beach Boys sounding backing vocals while ‘You And All Of Your Friends’ has another memorable performance with Smith’s drums again leading the charge, swiftly followed by Bruce’s guitar.

Cooper’s voice has a touch of effect to it but it’s a less prominent vocal that some of the other tracks; that’s not to say that it’s not a great song though, because it absolutely nails what Alice Cooper is all about – him and all his bandmates rocking out and just having fun.

In addition to those two tracks, there’s even a clutch of live tracks including ‘No More Mr Nice Guy’, ‘Under My Wheels’, ‘Feed My Frankenstein’ and the ubiquitous ‘School’s Out’, recorded live in Columbia, Ohio back in 2016 with the current line-up of the Alice Cooper band.

Copper is great on record but he’s immense on stage and these live tracks show that he’s lost none of his zest for performance so if you’re going to see him on his extensive upcoming tour, then you’ve got a lot to look forward to.

Tickets for all UK shows are available right here.

Bonus CD:
Genuine American Girl*
You And All Of Your Friends*
No More Mr Nice Guy**
Under My Wheels**
Billion Dollar Babies**
Feed My Frankenstein**
Only Woman Bleed**
School’s Out ** 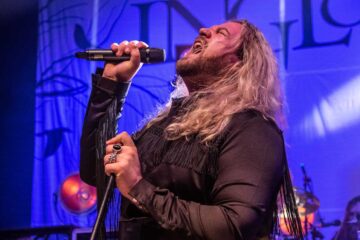