Best known as skinsman for Trans Siberian Orchestra, Savatage and Metal Church, Jeff Plate has carved a name for himself as one of the best, hardest hitting and most versatile drummers on the scene.

This new album looks to add another chapter to the legend and ‘Mother’s Day’ is full of the high-end musicianship and solid writing that speaks of a life at the top of the tree.

In a soon to be aired MTTV interview, Jeff Plate told MetalTalk that “the idea of Alta Reign started many years ago when I was working with Zak Stevens, so it really all began back in Boston in the late 80’s. Years later there was a lot of material that had not been used. I was a nervous because it was my first time leading a project and I am usually just the drummer!”

The album sees a mix of influences come to play, taking it from the big, classic AOR of opener ‘Shine’, through to the Power Metal of ‘Witness’ and beyond into touches of prog. There’s a real European feel to the tracks, bringing the best of all worlds into one gloriously loud and insistently catchy melting pot, Plate and his fellow musicians all adding to the rich brew.

‘Never Say Never’ is full of high drama, heavy duty riffing and pounding drums building up the tension before it is all let out in a climax of soaring and quicksilver guitarwork, the song thrillingly full of colour and dynamics.

As expected, the drums get their own spotlight, a breathless run up to the frantic blitz in ‘Escape’ and ‘Come Out And Play’ is a Prog Metal tour de force, the assembled musicians each trying to outdo each other whilst never falling into self-indulgence.

There are lighter moments too, away from the technical wizardry in the shape of ballad ‘Always’, the delicate ‘Passage’ and the fun, heavy duty swinging boogie of ‘Let’s Go’. This is all performed with a deft touch, never cutting out the soul of the music to be sacrificed at the altar of showmanship or virtuosity.

Sure, the performances are masterful, but the main focus is always the song, be it the Asia-gone-heavy ‘Immortal’ or the singalong superior AOR of ‘Thin Red Line’

The album closes with the slow burning epic juggernaut that is ‘Rise’.

Pulling the heaviest elements from both Pink Floyd and Supertramp, this is a canyon filling giant that blends heaviness with intelligence as it inexorably travels ever onwards like a city on wheels from Philip Reeve’s ‘Mortal Engines’ book series.

Like those very creations, Plate’s Alta Reign is never less than impressive and looks to be utterly unstoppable. 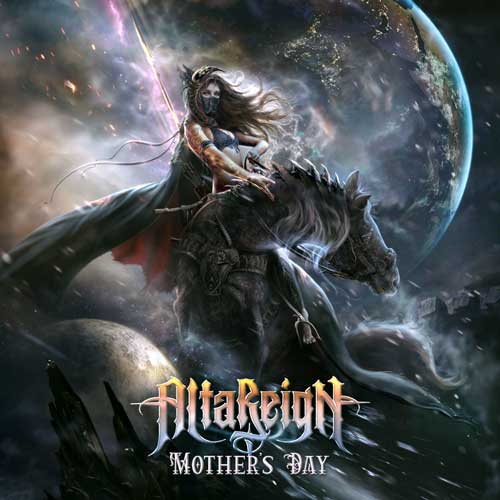