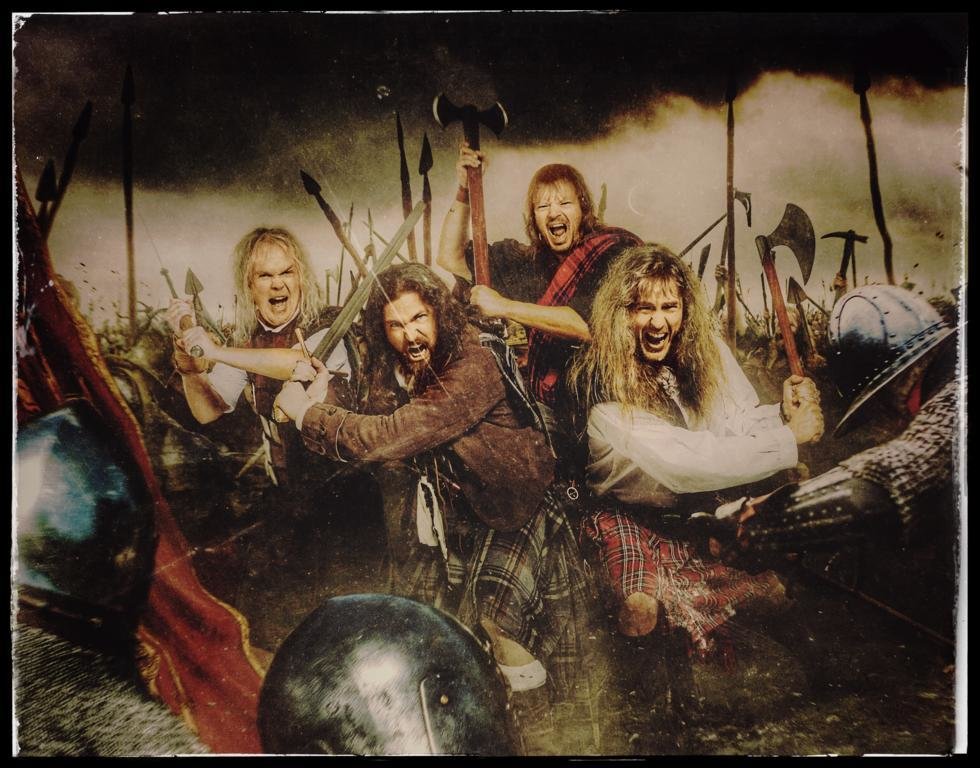 Grave Digger will celebrate their 40th anniversary in 2020 in glorious style with their 20th studio album, ‘Fields Of Blood’.

‘Fields Of Blood’ continues Grave Digger’s epic Highlands story and is the logical consequence of a legendary trilogy and an auditory battle of unique traditional Metal. Slated for a release on May 29th via Napalm Records, the album takes us on an emotional journey through Scottish history and into explosive sound landscapes. Driving riffs and epic choruses meet the famous “Great Highland Bagpipes”.

After ‘The Clans Will Rise Again’ and ‘Tunes Of War’, Grave Digger close the saga in epic style in the battlefields of Stirling, Bannockburn and Culloden with the Scottish freedom fighters.

The iconic band have not only unveiled the incredible album artwork, but have also shared a first single to the epic magnum opus, ‘All For The Kingdom’, which perfectly sets the scene for the final and long-awaited part of their Scottish highland trilogy. ‘All For The Kingdom’ is a mercilessly epic song that shows the direction of the new Grave Digger album. No prisoners are taken here and Grave Digger prove what they do best even after 40 years of impressive band history.

“We did it again and put on the kilts… as we always got fascinated by Scotland and its history.

“For a long time we considered when the right time would be to return to the Highlands and delve into their legends and myths. Our 40th band anniversary seems to be the right occasion for this and so we take you on a trip for the third time… put on the kilts and pull out your swords and axes, follow us to Stirling and Culloden and experience Scottish history, up close, authentic and emotional.

“As William Wallace (Braveheart) said: ‘Yes, they may take our lives. But they’ll never take our freedom!'”

‘Fields Of Blood’ will be released on May 29th in various formats:

‘Fields Of Blood’ Tracklist:
1. The Clansman’s Journey
2. All for The Kingdom
3. Lions Of The Sea
4. Freedom
5. The Heart Of Scotland
6. Thousand Tears
7. Union Of The Crown
8. My Final Fight
9. Gathering Of The Clans
10. Barbarian
11. Fields Of Blood
12. Requiem For The Fallen