It’s one of the hottest days of the year in London and in the pit, right at the front, the anticipation is building. Even before the tech soundchecks the drumkit, circle pits have already formed and people are running for their lives. French groove Metal masters Gojira are in town and Brixton Academy is ready to explode.

A truly mesmerizing game of lights, perfectly synched to a drone-like motif evoking medieval far eastern overtones starts, until the first notes of ‘Oroborus’ are audible and the venue heats up further with a roar. No prisoners will be taken tonight; Gojira mean business. 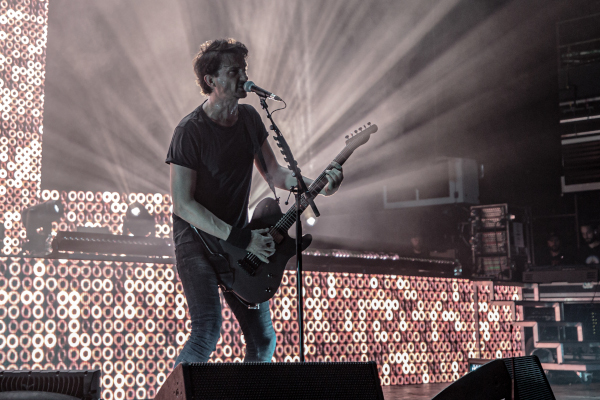 ‘Backbone’ follows, the groove so infectious that you can’t help but bob your head like crazy, while a backdrop of red and white spotlights descends upon the audience and moves to the tune. The atmosphere is at the height of intensity.

Formerly known as Godzilla, this band have been around since 1996 and have maintained the original line-up throughout. Despite starting out as a rather more straightforward death Metal band, their sound has evolved in a way that incorporates true class and sobriety with a musicality which manages not compromise their quintessential dark and heavy primordial roots. 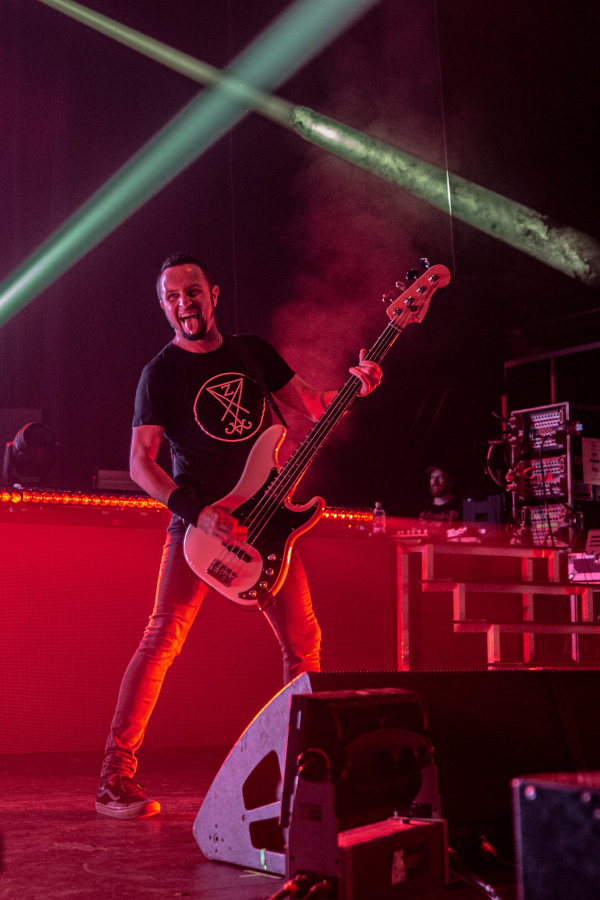 The audiovisuals, fog jets and pyrotechnics have been a welcome addition to their mastodonic performance and going to a Gojira show these days is a well and truly mesmerizing experience.

Third song of the set is the single ‘Stranded’, from their latest album ‘Magma’. Catchy is an understatement and one big chant rises to the roof. Once again, heads are nodding and the crowd surfers multiply. 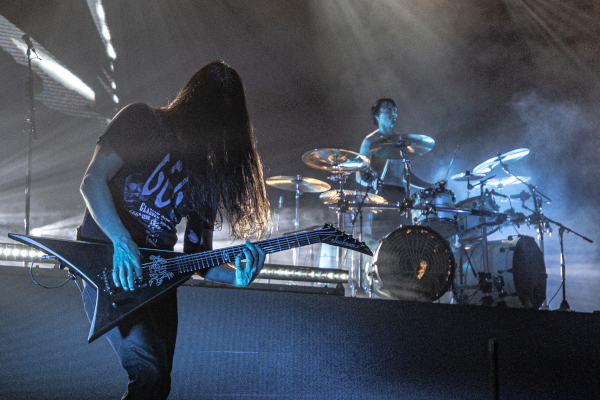 With ‘Flying Whales’ we are suddenly thrown into the deep blue ocean, with blue lights, marine sounds and a cool laidback beat introducing the tune, almost as if it were a jam, until the actual track kicks in. Following a solemn, steady beat and a killer riff, enhanced by a more death Metal sound with double pedal, blast beats and growling; an absolute classic.

With this round of shows, the French quartet have tackled all eras, going as far as their debut album, ‘Terra Incognita’, with the song ‘Love’. Downtunings and odd time signatures mark what has since become their trademark sound over the years. 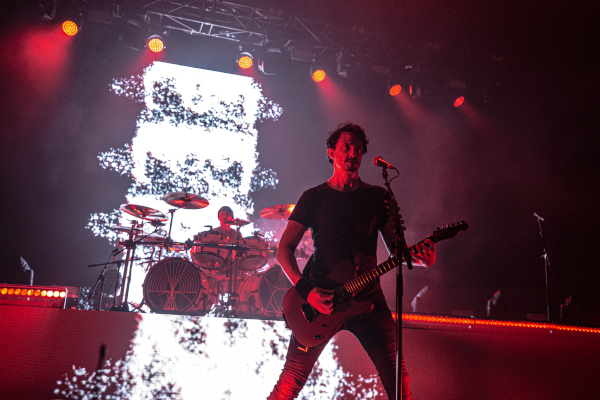 The running man on the giant screen is lost in the woods and Joe Duplantier is coaxing the audience to sing along. The recurring topic is an ecological theme; the socio–political struggle which is once again portrayed in ‘The Cell’, another great tune from the album ‘Magma’ which features predominately black and white visuals, fast paced imagery depicting the chaos that the world is in nowadays.

‘Terra Inc’ makes for a nice interlude, while ‘Silvera’ generates great momentum thanks to the intensity of the verse vs the ethereal feel of the chorus. This track really shows off the great ability of drummer extraordinaire Mario Duplantier whose execution is impeccably precise, while incorporating highly technical flair evoking the school of APC and Devo drum guru Josh Freese. 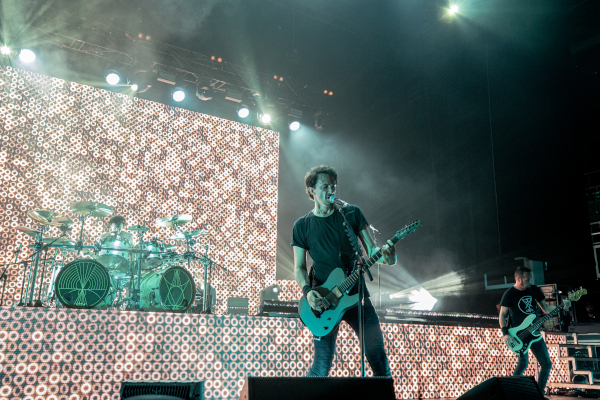 We are now at the apex of the show and no better song could have marked that than ‘L’Enfant Sauvage’, the title track of their fifth album. Possibly the track that has catapulted the band to global recognition, the percussive barrage opening and chugs, groove and potent build up sends Brixton Academy wild.

Time for a breather and a great place to introduce ‘The Shooting Star’, a truly spellbinding sonic journey where minds can freely roam. With ‘Blow Me Away’ the guys disappear for the encore and, faithful to their format, on their return allow for Mario to be in the spotlight with his drum solo. 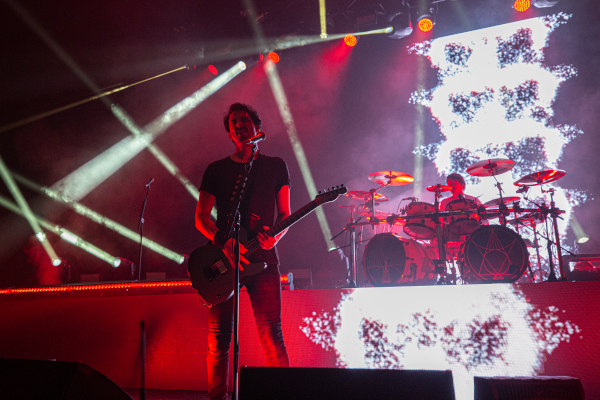 When the full band is back on stage, Joe takes to the mic to say that he’s pissed because some moron has spilled beer over the light console, drowning the motherboard. “However the show will go on, even without the lights. I am bummed, but you guys are awesome, so do you want one more song?”

One become three and we get ‘Clone’, from the early days, ‘Vacuity’, divided into several sections with a marching beat, chanted chorus and multiple time signatures and ‘The Gift Of Guilt’, it’s melancholic, repetitive beginning naturally marking the end of the show with another epic number. 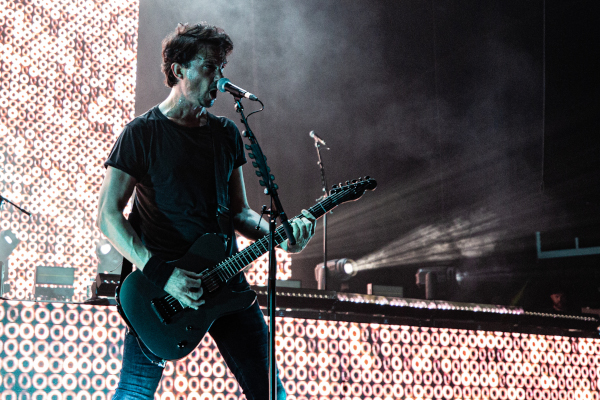 Gojira are without a shadow of a doubt one of the best live bands around, offering a performance and live show absolutely second to none. Once you get hit by the Gojira experience, you can rest assured that you will be longing for more, just like an addict on cold turkey. Truly and utterly mind blowing.

The Gift Of Guilt 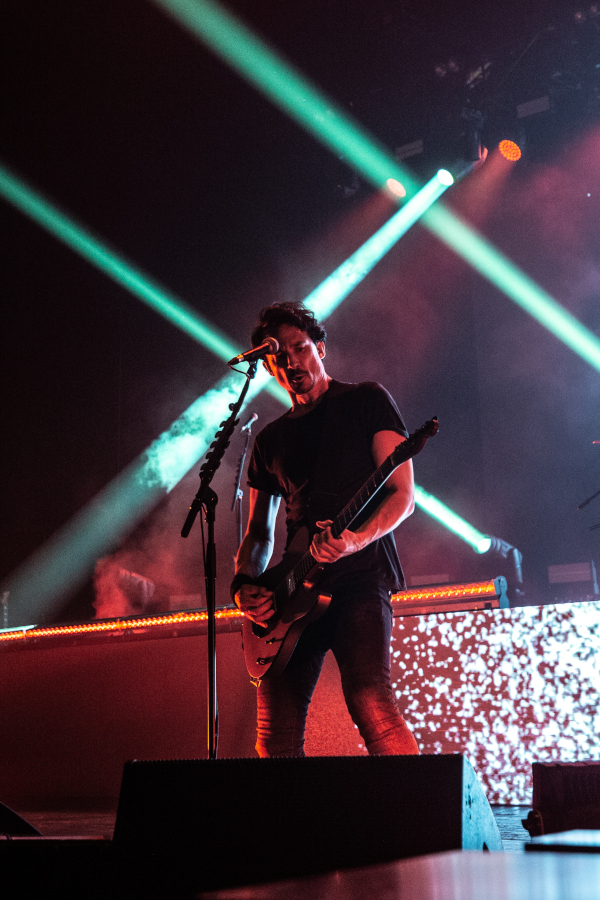 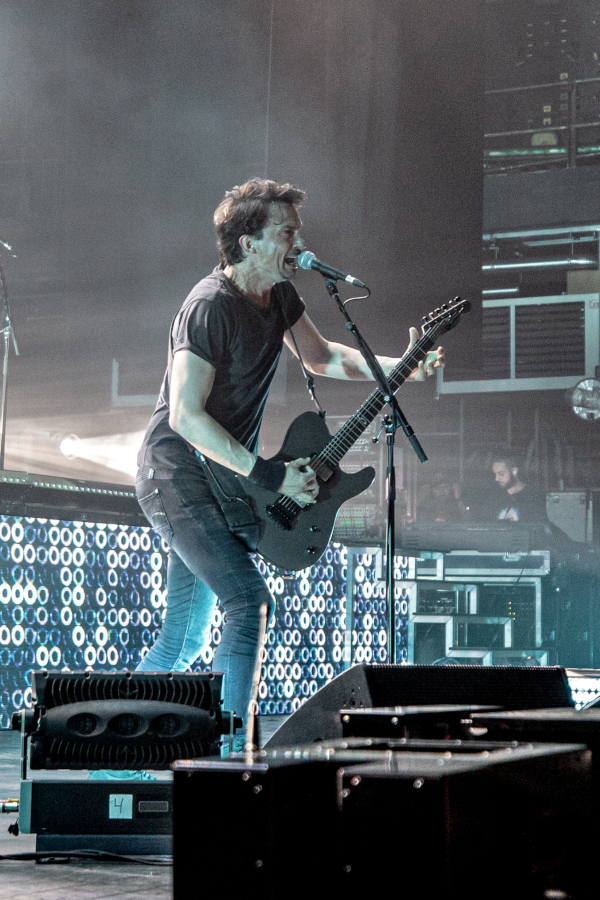 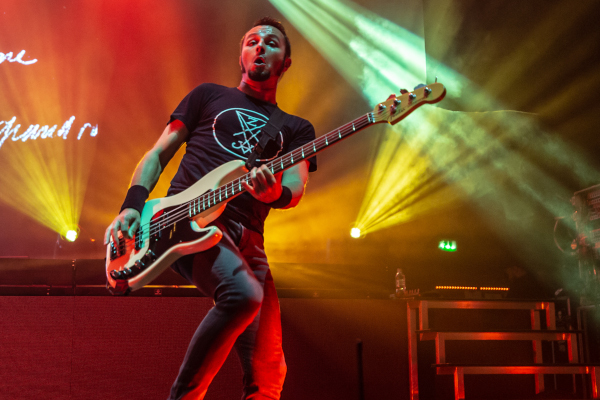 SABATON ARE THE KINGS OF METAL AT HELLFEST

Gojira / Nothing short of mind-blowing

Gojira / “The greatest miracle is burning to the ground”

Gojira / ‘Another World’ is bands first new original music since 2016 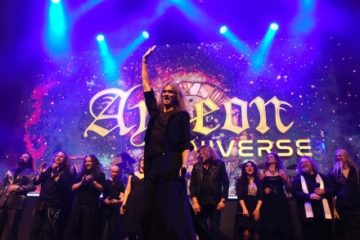