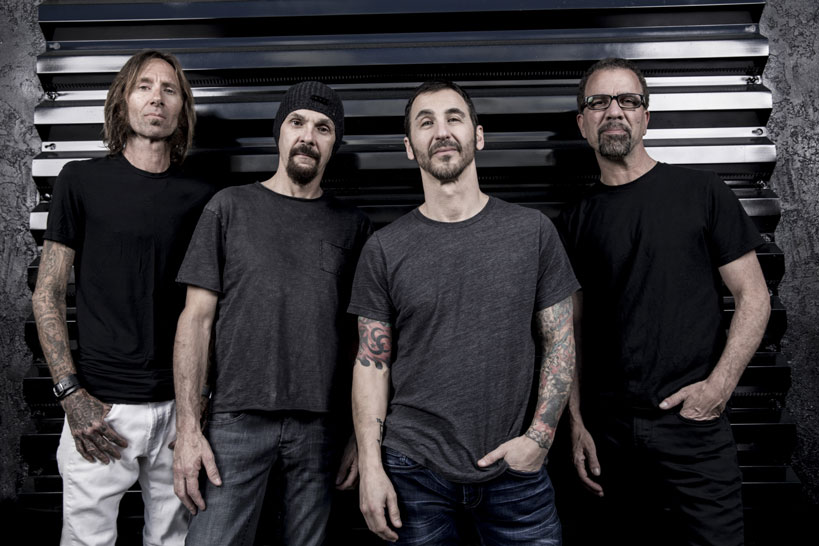 Godsmack have released an inspirational video for their new single ‘Unforgettable’, taken from the ‘When Legends Rise’ album.

The band invited over 400 aspiring musicians to join them for the video shoot, with this being the culmination of a two year project. As well as appearing in the video, a number of students performed at the songs recording as well as performing at an event in New Hampshire.

Sully Erna tells us: “We took these middle school students on a two-year long journey to show them how important music truly is to us all.

“Throughout 2018, we continued to include these kids in all aspects of the process by showing up at their school and personally teaching them the song, including them joining part of our world tour and inviting them to perform live onstage with us.

“We took them to NYC to further educate them on the business side of the music industry, visited them at their schools to talk to them about the gift of music, and ultimately invited them to shoot their first ‘official music video’ with the band.”

Watch the inspirational video below: