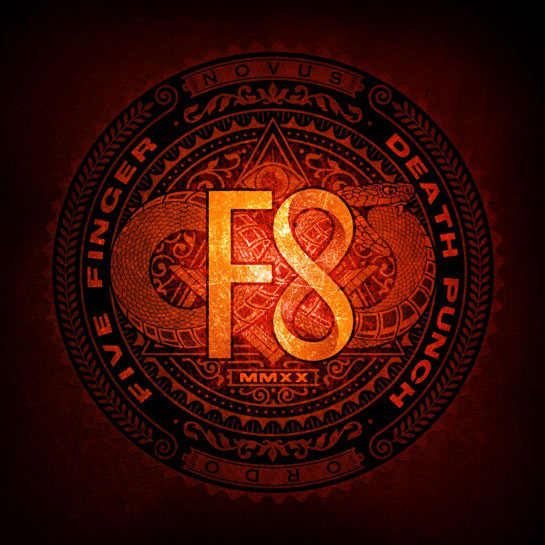 FIVE FINGER DEATH PUNCH are gearing up for the release of their highly anticipated eighth studio album, ‘F8’, and today they have released an engaging lyric video for the third track, ‘Living The Dream’ and you can see it here.

As if a successful European Tour is not enough, the band has scored their ninth consecutive number one single with their latest hit ‘Inside Out’. The song shot to the top of the charts just nine weeks after its release before claiming the top spot this week, giving the band another milestone in their already illustrious career.

‘Inside Out’ and ‘Full Circle’ have gained over 18 million combined plays online in less than six weeks. Staggering!

If you’ve pre-ordered the album digitally, you will receive an instant download of all three tracks.