It’s Halloween and the original masters of gothic rock music are back for a special show at London’s Shepherd’s Bush Empire. Most of London’s older, original goths are gathered to see what promises to be the gig of the season.

Having influenced every one from Marilyn Manson to Nine Inch Nails and Tool, it’s the finest testament to Fields Of The Nephilim that they have been touring and drawing crowds for just over 30 years and counting.

With what sounds like a clap of thunder the lights go down, the eerie ‘The Harmonica Man’ intro begins and FOTN take the stage before a packed house. Casting shadowy silhouettes, the band are bathed in lights on the bare stage. With no props or gimmicks it’s a masterclass in stark and striking performance. 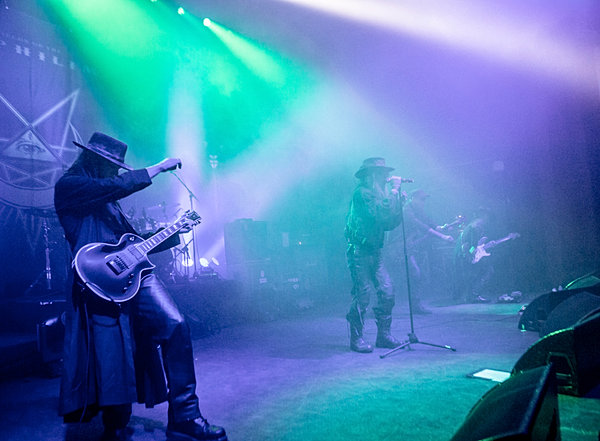 Despite not having released a new studio album in over a decade, The Nephilim are still a big draw and seemingly have no trouble filling up the venue with their die-hard home crowd. Tonight’s setlist is heavy on classic songs and fan favourites like ‘Moonchild’ and ‘Psychonaut’ which still generate roars of approval through the crowd.

Their music and indeed their stage show become a hypnotic dance between the guitars, frontman Carl McCoy’s gravelly vocals and the cascade of drums that underpin every song.

With its heavy tribal beats ‘DawnRazor’ is hypnotic in its rhythms and with arms held aloft the first fan goes up on his friend’s shoulders. The crowd looks and feels like a truly gothic congregation tonight. 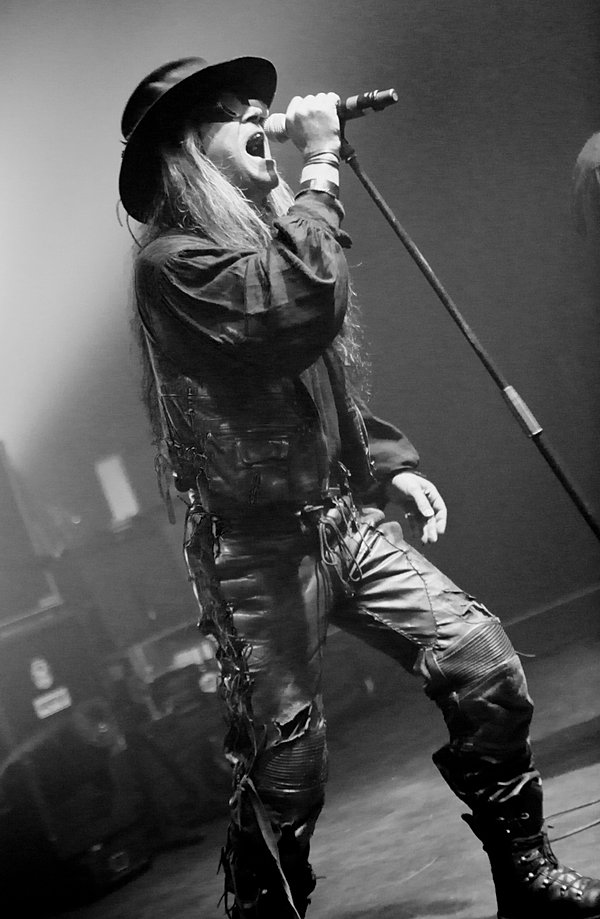 The thrumming bass line and melancholy guitar melody of ‘Love Under Will’ make it a highlight of the evening.With its tonal guitars and biblical imagery ‘The Watchman’ sounds oddly like U2 gone goth and its a joy to hear. Although there is little variation in their music, it’s not really a problem. Like any good seance you have to let your senses go and simply be swept along with the sounds and the beats. Tonight is as much about atmosphere as music and The Nephilim deliver it in spades.

Ending with the crushing riffs and haunting keyboards of ‘Mourning Sun’ , frontman Carl McCoy thanks the crowd (the only thing he says the entire night) and leaves the stage in a billowing cloud of dust. A fitting end to the gig and indeed Halloween.
Until next All Hallows Eve then. 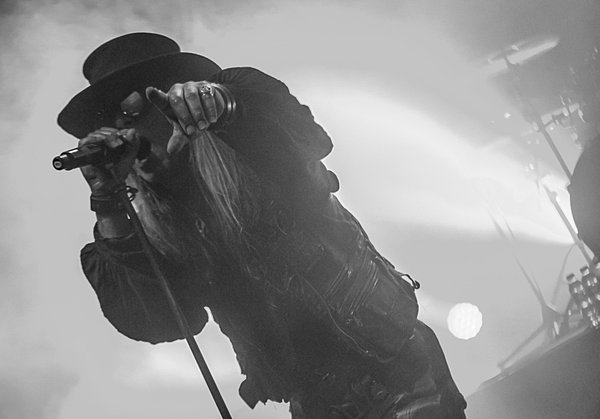 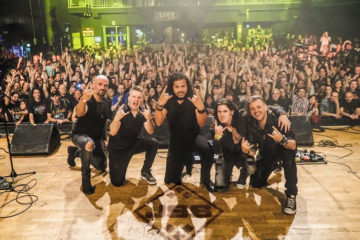