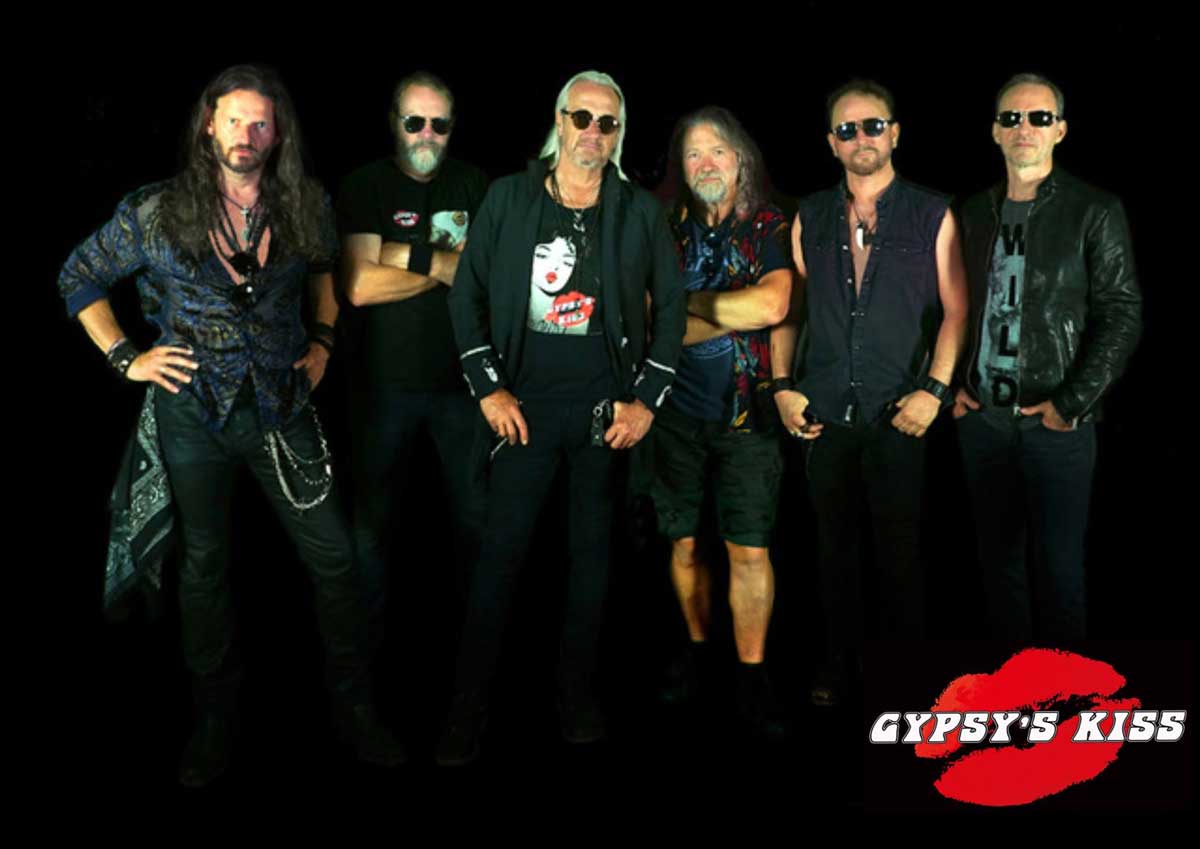 Rock fans and Iron Maiden connoisseurs are in for a treat this weekend as Gypsy’s Kiss, Buffalo Fish, and UK tribute act Ironed Maiden are teaming up as part of the Maiden Prequel Tour to perform live in London at the Hammersmith Club on Saturday 20 November 2021.

A statement from Gyspy’s Kiss has confirmed this gig has been cancelled and refunds are being issued, but to COVID-19 in the touring party.

“We are devastated to announce that this weekend’s show in Hammersmith with the great Buffalo Fish and Ironed Maiden has had to be cancelled due to a positive COVID test in the gig party- we can only thank those friends and fans who had already bought tickets but they will of course be refunded.

“Live music continues to be ‘slapped in the face’ at the moment but we will all return soon and we look forward to seeing you all again at a future show.

“Thank you, as ever, for your support.

Gypsy’s Kiss performed their first live gig in 1974 and originally featured bassist Steve Harris, a few years before he went on to form Iron Maiden.

Co-founder David Smith reformed the band in 2018 initially as a one-off occasion to play at Burrfest. However, the response was so great that a decision was made to make the reformation permanent. The critically acclaimed album 74 was released last year and the band will be selling signed copies on the night.

Opening up this tasty billing will be the UK tribute act Ironed Maiden. The Hammersmith Club is just a stone’s throw from Hammersmith Odeon and can be located just behind the legendary venue in Rutland Grove W6 9DH. The spacious venue is located next to a working man’s club and has wallet-friendly bar prices. 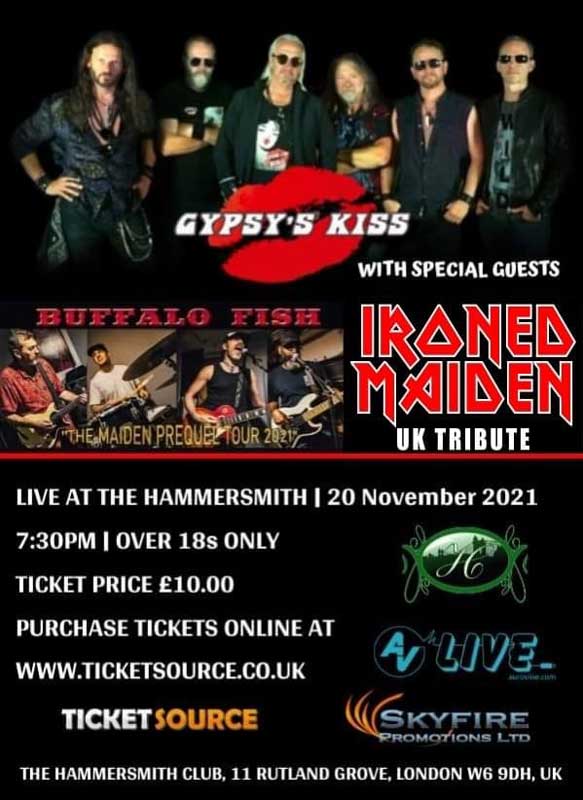 Rock fans and Iron Maiden connoisseurs are in for a treat this weekend as Gypsy’s Kiss, Buffalo Fish and UK tribute act Ironed Maiden are teaming up as part of

Rock fans and Iron Maiden connoisseurs are in for a treat this weekend as Gypsy’s Kiss, Buffalo Fish and UK tribute act Ironed Maiden are teaming up as part of the Maiden Prequel Tour to perform live in London at the Hammersmith Club on Saturday 20th November.

Tickets are just £10 each and can be directly purchased from www.ticketsource.co.uk.

But one lucky reader and a friend can go for free as MetalTalk are giving away a pair of tickets for the show in our exclusive competition. To win a pair of tickets to see Gypsy’s Kiss, Buffalo Fish and Ironed Maiden at The Hammersmith Club this Saturday, 20 November 2021, answer the question below:

Where did Gypsy’s Kiss perform their first-ever paying gig in 1974?

The answer can be found on the official Gypsy’s Kiss website at www.gypsyskiss.net

No alternative prize will be offered, and the winner will have to make their own travel plans and costs to attend the venue.

Previous article
Bullet For My Valentine / Standing as tall as ever in Hammersmith
Next article
Matt Pearce, Mike Ross and Daniel Leigh light up The Grace