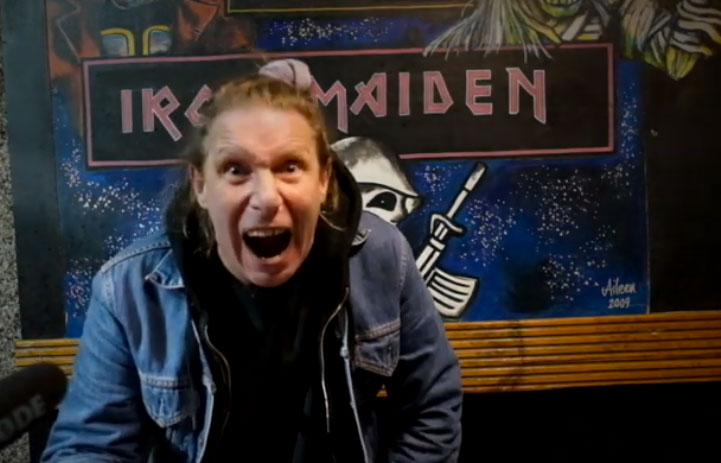 IDES OF MARCH, specially formed for a one-off performance to commemorate forty years since the release of IRON MAIDEN’S debut album, have announced a fifth former IRON MAIDEN member will take part in their headlining BEERMAGEDDON performance on Sunday 30th August in Bromsgrove, England.

This announcement arrives in the week of the anniversary of the release of MAIDEN’s ‘Kilers’ album (2nd February 1981) and first single ‘Running Free’ (released 8th February 1980).

Considered the father of Eddie, legendary lighting technician Dave ‘Lights’ Beazley was part of MAIDEN from the very beginning, promoted Steve Harris’s very first gig back in 1974, is the designer of the original Eddie stage prop and is responsible for MAIDEN’s blistering and innovative stage shows all the way through to the ‘Somewhere In Time’ era, before moving on to work with many varied artists including Dio, UFO, Prince and Kylie Minogue.

Dave was also behind many other incredible lighting projects including the Princess Diana Memorial Concert, the Millennium event at Greenwich and even Peter Andre and Jordan’s wedding.

IDES OF MARCH is fronted by PAUL DI’ANNO, who will be performing for the very final time at BEERMAGEDDON. The band is completed by TERRY WAPRAM and TERRY RANCE on guitars, DOUG SAMPSON on drums and SPEED HARRIS (Dean Moraity of HI-ON MAIDEN) on bass.

“I’m really happy and looking forward to working with my old mate Dave Lights for BEERMAGEDDON. Had a lot of laughs on the road and he’s a genius with lights so well happy, and hopefully he won’t blow my bollocks off like he almost did at the Ruskin Arms back in the day!!!” 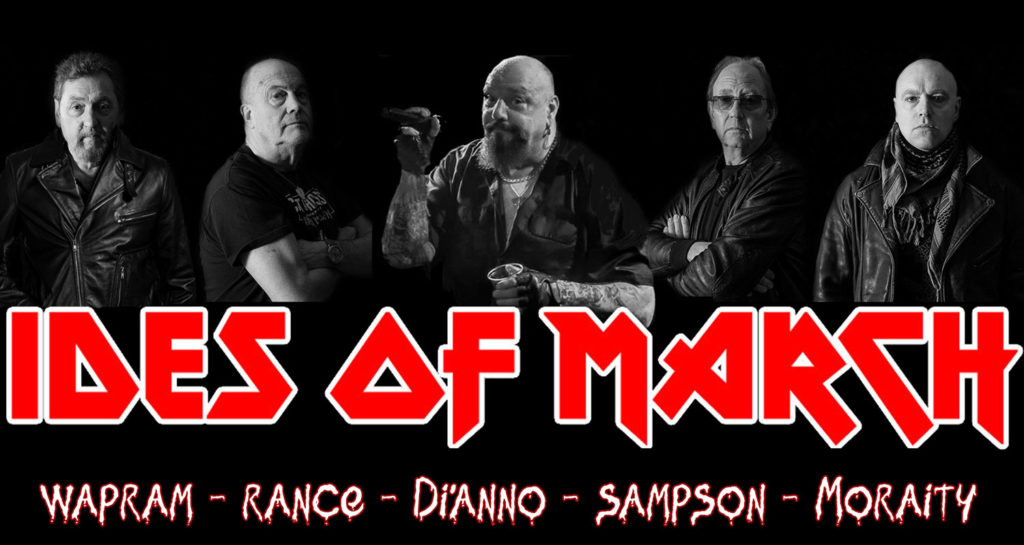 “We’ve been taken totally by surprise by selling out BEERMAGEDDON in just five days, and we now have fans from all over the world disappointed they can’t get a ticket, so we’re exploring various options so everyone who missed out will get to see the show.”

A forthcoming biographical documentary movie on Paul’s life is currently in the making and the producers will be filming the BEERMAGEDDON performance on 30th August. The movie is being created and directed by Wes Orshoski, the man responsible for ‘Lemmy – The Movie’ and more details about the film will be released during 2020.

IDES OF MARCH t-shirts are on the way and can be pre-ordered right here: https://www.metaltalk.net/shop. All orders will be despatched on 1st March 2020. The band artwork captures the essence of 15th March 44BC, the notorious date of the assassination of Julius Caesar, which made the ides of March a major turning point in Roman history.

“The group is planning surprises for the final concert, including songs Di’Anno supposedly hasn’t sung in decades.”

In a previous interview with Rock Hard Magazine (France), Dave Lights spoke extensively about his time with Maiden and Eddie’s adolescence:

“In the song ‘Iron Maiden’ the lyric goes: ‘See the blood begin to flow’ etc, so on the backdrop that we used for the pub gigs, with the help of a friend from art college I rigged up a mask that was made from a mould of my own face which coughed up blood in time to those lyrics. The Eddie that was used as the band became more famous was designed from artwork by Derek Riggs, but the original idea started with that joke, and that first mask. As to whether I see him as family, yes, in a way I suppose I do!

“By the time IRON MAIDEN were promoting the ‘Piece Of Mind’ album, the tours were running into months rather than weeks. We’d previously hired all the lighting equipment, but with a 10-12 month tour coming up it was obvious that it would be easier to design and build a set that we could take with us on the road. Not only would this be cheaper in the long run than hiring, but it also meant that everywhere we went, the fans could see the same show. In the late ’80s the USA venues were generally able to offer more scope for a lighting system than UK and European venues could offer, and we felt that everyone should be able to see the same quality of show – so I designed a ground-support system with a moving lighting rig which could be taken into every venue we’d be playing at.

“It was crazy. We were excited. ‘Cause at that time, we were in the middle of the Punk wave. Britain only had eyes for that and there wasn’t much room left for Rock music. The fact that we could play Heavy Metal and have huge gigs down the pubs was also exciting. We simply wanted to be the best band and conquer the world, and this even we even got a deal with EMI. We knew exactly where we wanted to go. At the time, we were the only ones to offer such a show, no other band had their own van, no other band had their own lights, or stage effects, or Eddie’s head spitting blood. No one had anything like that. Mind you, I’m not saying that the music wasn’t good, ’cause it was, but it was the whole thing that made the difference, the show and the music together. That’s why people were coming to the shows. It wasn’t just a band playing on stage. There where flashes of light, smoke, blood, it was a visual feast and mostly something no one had seen before.

“I did it just like that, without really thinking about it. I was using standard switches that I’d nail to a wooden plank. For the explosions, I used to use those cigar boxes ’cause they were rectangular and made of metal. I made up my first pyros with two of these boxes and a wire plugged into an electrical socket. The first time, the wire that was supposed to burn was bigger than the fuse of the wall socket and it literally blew it off the wall, leaving the pyro untouched. In order to get Eddie’s head to spit out blood, I got a fishtank pump and I fixed a little piece of tubing behind the mouth so it would have the same shape. When you’d switch on the pump, it’d take fake blood in a tin can on one side and would expel it on the other side. It was working fine, but it was really dangerous ’cause the backdrop was fitted with light bulbs that exploded when the blood touched them.” 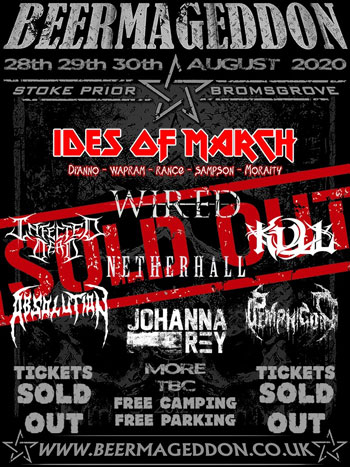