Exclusive: Bjorn ‘Speed’ Strid joins Donna Cannone on Nothing To Do

The new single from Donna Cannone, Nothing To Do, has been released today at MetalTalk. The band features Bjorn Strid from The Night Flight Orchestra and Soilwork, as well as two former Thundermothers.

Nothing To Do is “a song about the division, isolation and negativity created by the frenetic usage of social media,” Donna Cannone told MetalTalk. “It is an inspiration to look at the real world and to explore friendship that might be right there, next to you.”

Donna Cannone was joined by guitarist Giorgia Cateri and drummer Tilda Stenqvist, who used to be in Thundermother. When Strid heard what the band were up to, he “wanted in”, and the quartet began putting together a number of songs.

Following their demo, the band were signed to Despotz Records. The first single was Cross The Line, with an album scheduled for late 2021.

“It was with great excitement we announced our signing with Despotz Records,” Donna says. “We believe we can achieve some amazing things together, and this unit is currently brewing something very interesting. Something real, wicked, and fiery that will both cross bridges and cross lines.”

You can find out more about  at donnacannone.bandcamp.com

Exclusive: Bjorn ‘Speed’ Strid joins Donna Cannone on Nothing To Do 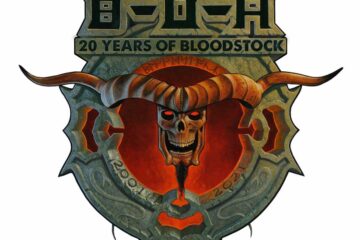