In 1980 Diamond Head released their debut album titled ‘Lightning To The Nations’.

Although the band never had the commercial success that some of their New Wave Of British Heavy Metal peers like Def Leppard and Iron Maiden did, the band would prove themselves to be arguably just as influential, if not even more so.

Bands like Megadeth and most famously Metallica, count Diamond Head as one of their biggest influences.

In fact, Metallica have covered and recorded multiple Diamond Head songs, all from this 1980 debut record.

Thanks to these classic covers, including ‘Am I Evil?’ and ‘Helpless’ among others, the legend of Diamond Head grew and was passed down to new generations, even after they eventually disbanded in the mid 80’s.

After a brief reunion in the 90’s, guitarist Brian Tatler picked up and carried the Diamond Head torch into the 2000’s with a new line up.

As of 2016, that line up has included vocalist Rasmus Bom Anderson and the band released a sort of reboot with a new self titled album.

This was followed by a second release in 2018 and now with experience, enthusiasm and creative momentum on their side, Diamond Head have re-recorded their 1980 debut album.

Perhaps surprisingly, Lightning To The Nations 2020, celebrating the 40th anniversary of the now classic record, lives up to the legacy of its predecessor.

Whenever any band announces they are re-recording a classic album, especially with a new line up, my initial reaction is never one of excitement. It is incredibly difficult to compose and record an album with staying power, nevermind a classic release.

It is nearly impossible for lightning to strike twice (no pun intended in the case of Diamond Head). Yet, the line up of Tatler, Anderson, drummer Karl Wilcox, guitarist Andy ‘Abbz’ Abberley and bassist Dean Ashton more than prove they are up to the task.

Lightning To The Nations 2020 is an extremely well done album which breathes new life into these classic songs.

In many ways, this re-recording shows the history of Heavy Metal coming full circle.

On Lightning To The Nations 2020, it sounds as if Diamond Head are tapping into the energy and the heaviness of the Metallica covers.

‘Am I Evil?’, ‘The Prince’, ‘Helpless’ and ‘It’s Electric’ all seem to be more in line with the Metallica versions than the 1980 originals.

Even Brian Tatler, when talking about ‘It’s Electric’, said: “Metallica covered this on their 1998 album ‘Garage Inc.’ Sean [Harris, original vocalist] and I wrote ‘It’s Electric’ in the key of G, but Metallica transposed it to F# to make it easier to play. I have played it their way ever since.”

Even if the Metallica covers were not an inspiration when re-recording the other songs, it is immediately evident that with modern technology and years of experience at their disposal, they have been able to successfully beef up the power of each song on this record.

It is the other cover included on this release that truly shines though and provides another example of Diamond Head bringing the history of Heavy Metal full circle.

The band does a brilliant cover of Metallica’s ‘No Remorse’.

It is fitting that they chose a song off their 1983 debut album ‘Kill Em All’, an album that pays homage to their own catalog in many ways. It is hard to imagine Metallica founding members James Hetfield and especially Lars Ulrich, who once followed Diamond Head on the road before returning to America to form his band, not listening to this cover and smiling ear to ear.

MetalTalk understands that Tatler sent the track to Lars, who loved it saying “It has come full circle.”

Lightning To The Nations 2020 works so well because it does not come across as a cash grab, a righting of creative wrongs, or anything of that sort.

While intentional or not, the songs seem to also celebrate the tone and attitude that Metallica brought to their now legendary covers.

With it’s energy and updated, modern feel, Lightning To The Nations 2020 is a powerful and enjoyable take on a classic album that in many ways does bring Heavy Metal history to a full circle, especially with their explosive take of ‘No Remorse’.

When longtime fans of Diamond Head hear this re-recording, I think they will be pleased to see the great legacy of the original has not been tarnished and, arguably, even enhanced.

More than anything however, I think Lightning To The Nations 2020 could be a great entry point for new fans, just like Metallica was and continues to be.

No matter, the legacy of Diamond Head is in good hands and the future is looking very bright.

Magnum / 'On Christmas Day' released ahead of new compilation album 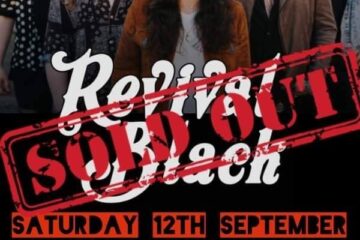