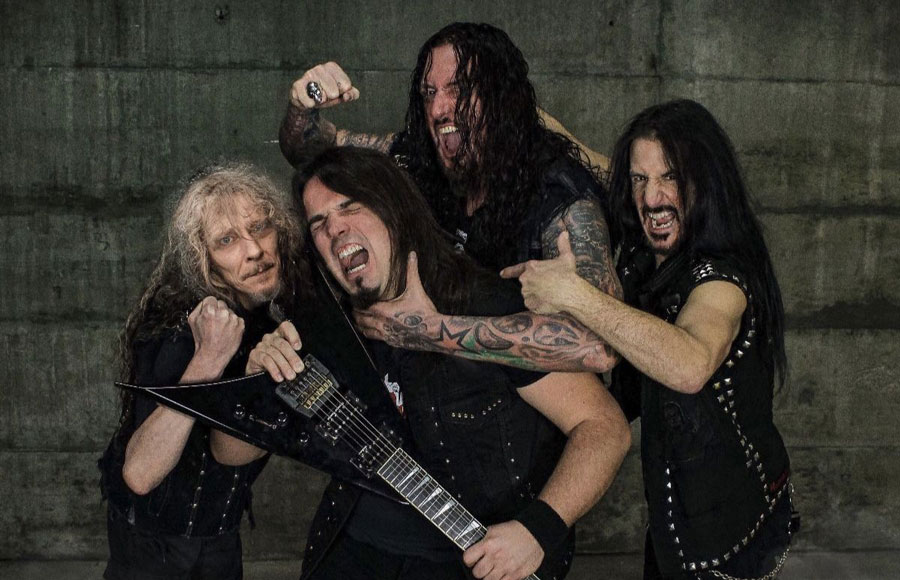 German thrash metal band Destruction have announced today that they will hit the UK for a five date tour in support of last years Born To Perish album.

Support on all dates comes from Greek thrashers Suicidal Angels and Barcelona’s Crisix.

Schmier told MetalTalk “We are very excited to finally announce the UK & Ireland dates for our THRASH ALLIANCE European run!”

“When we announced the first part of our European tour in February and there were no UK or Ireland dates – all hell broke loose…hahaha! Great to know the UK & Ireland wants a big dose of Thrash, badly!”

“We are proud to bring two amazing next generation THRASH acts with us, SUICIDAL ANGELS & CRISIX, they’re the hot new shit in our scene at the moment – come out and mosh with us, see you soon and spread the word!”

The band’s latest record ‘Born To Perish’ was released back in November of 2019 and is available for purchase on various formats now from – http://nblast.de/DestructionBTP

Tickets for all dates are on sale now. 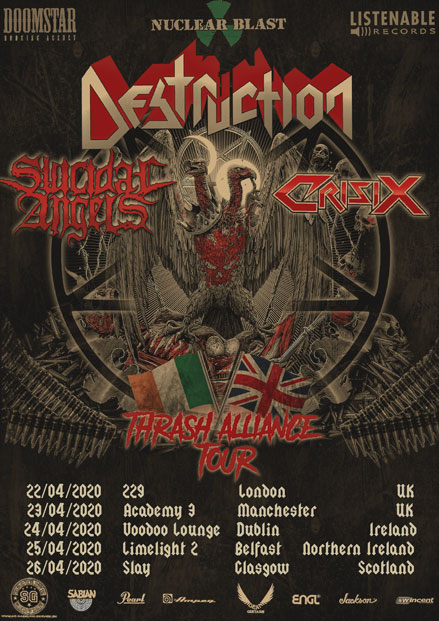 Previous articleNEW ALBUM FROM BLACK STONE CHERRY PLUS TOUR DATES ANNOUNCED
Next articleWACKEN OPEN AIR PLANTS 5,000 TREES IN BRAZIL… AND MORE ARE TO BE PLANTED!