Dee Snider / The fire and brimstone preacher converting the masses 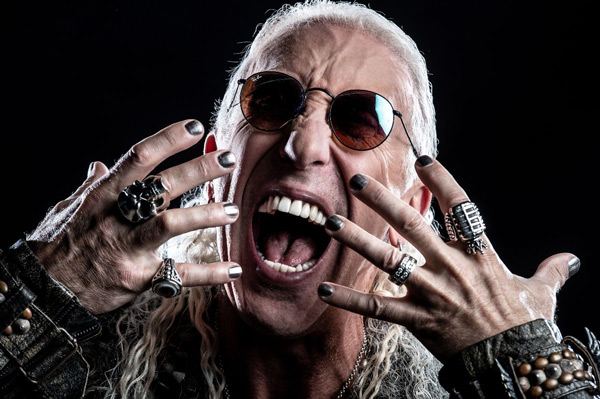 Anyone who witnessed Twister Sister when they first hit these shores in the winter of 1982 will indelibly have the memory stamped into their memories and retinas, the New Yorkers putting on a show quite unlike anything we’d seen since, well, forever.

Dee Snider – For the Love of Metal Live! (Napalm Records)

Fast forward almost forty years and, whilst T.S. have bid their last farewells, frontman Dee Snider continues to absolutely crush it as this live album loudly and proudly testifies.

Always one of the best front men in the business, time has not smoothed out any of his rough edges and the anger and fire are still there, hotter than ever.

Recorded at Bloodstock Festival last year, Snider and his band are on ferocious form. The set is rammed with some of the cream of his solo material and a good slice of Twisted Sister classics.

Kicking off with the foot to the floor Metal of ‘Lies Are A Business’, the vocalist sounds absolutely at the top of his game. His distinctive howl is in your face and he takes no bull, as it always has been.

They follow this with a rampaging swing at the galloping ‘Tomorrows No Concern’ (sic). The pace never flags throughout and the hugely likeable frontman is the consummate ringmaster. His rapport with the festival audience is total and when he declares at the end of the Twisted anthem ‘You Can’t Stop Rock ‘n’ Roll’ that ‘’you can’t stop Dee Snider either’’ you know that’s a solid gold promise.

Another classic in the form of ‘The Beast’ from ‘Stay Hungry’ sounds just as sinister as it did when released in 1984 and ‘American Made’ mixes KISS glam with Pantera toughness.

Reaching way back, ‘Under The Blade’ is a sharply visceral delight and the crowd once more exercise their lungs on ‘The Kids Are Back’ before new track ‘Become The Storm’. It is a rebellious smack in the teeth against oppression, a real David standing there doing a middle finger salute against Goliath.

‘We’re Not Going To Take It’ and ‘I Am The Hurricane’ continue in the same vein, the inherent power barely controlled.

‘Burn In Hell’ is as hot and fierce as that titular location, the ferociousness of the recording leaking out of the speakers in tongues of virtual flame, while the band are genuinely tearing things up as they put their full weight into it.

The audience get a chance to get very vocal once again in the call and response section of ‘I Wanna Rock’, Snider’s banter with them full of his usual good natured humour.

In incredibly fine fettle, the singer is at his expletive filled best throughout and there is a level of commitment to the material that would shame a lot of artists much younger than him.

Title track from the latest album, ‘For The Love Of Metal’, shows that this is not just an artist who rests, bathing in the glorious light of past achievements, but someone with a tidy knack with the brutally modern too.

The breakdown in the song recalls Slayer and Metallica and you feel that Lars would be jealous of this display of power. This part of the set closes with a joyous romp through AC/DC’s ‘Highway To Hell’, Snider and Co having as much fun playing it as the thousands of punters witnessing them.

The recording rounds off with three more storming live numbers in the form of ‘Ready To Fall’, ‘The Fire Still Burns’ and ‘Roll Over You’ before a balls out brand new studio track ‘Prove Me Wrong’ provides the cherry on top of the cake.

All in all, the package is great value for money and as this is coming out also as a DVD and Blu ray, the suggestion would be to get both the album and one of these formats for optimum sensory overload.

Truth is though, this is one of the best live albums to come out for an exceptionally long while, absolutely perfectly capturing the atmosphere and unbridled passion of the performance.

You can genuinely almost believe you are there, rubbing shoulders with your denim and leather clad brothers and sisters as you worship at the altar of Rock ‘n’ Roll.

With Dee Snider as the fire and brimstone preacher converting the masses, the smell of beer and sweat is a heady mixture as you lose yourself to the intoxicating joy of the music.

In this current drought of live shows and the thrill of festivals, there is no better substitute than ‘For The Love Of Metal Live!’ to bring that euphoria to your synapses.