Jeff LaBar, guitarist and backing vocalist of glam Metal band Cinderella, died at 58 in his Nashville apartment on Wednesday. The news was confirmed by his son Sebastian.

Sebastian wrote on Instagram, “So I just got the call… Jeff LaBar, my father, my hero, my idol, passed away today. I’m currently at a loss for words. I love you, pop! If you could, please share pictures or videos of all the fun times we all had with my dad. It would be greatly appreciated.”

LaBar replaced original Cinderella guitarist Michael Schermick in 1985 and played on all four of the band’s albums until they broke up in 2017. He released his solo album One For The Road in 2014 and played with bands like Cheap Thrill, Freakshow, and the Naked Beggars.

Vocalist/guitarist Tom Keifer, bassist Eric Brittingham and drummer Fred Coury issued the following statement last night: “Heavy hearts cannot begin to describe the feeling of losing our brother Jeff. The bond between us over decades of creating music and touring the world is something that we, as a band, uniquely shared. Those memories with Jeff will be forever alive in our hearts. It’s unimaginable that one of our band brothers has left us.

“We’re sending his wife Debinique, his son Sebastian, family, and friends our deepest condolences. Jeff’s memory and music will be with us forever.

“We all — band, family and management — appreciate the overwhelming outpouring of love. Rest in peace, Jeff.” 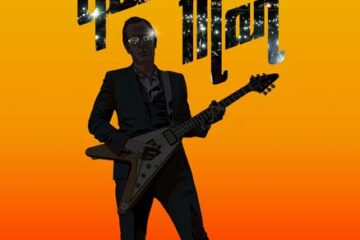