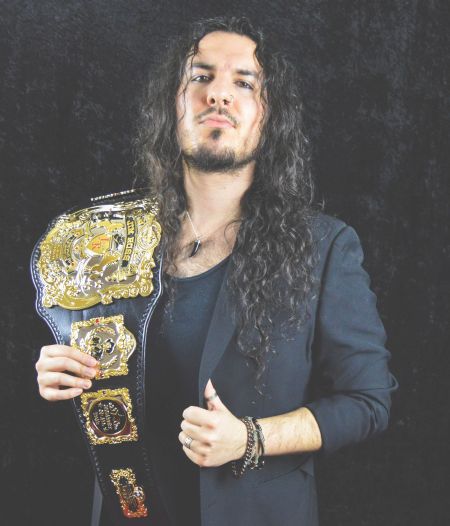 I was out in Germany recently playing bass for UK Metallers Monument, filling in for the injured bassist Dan Bate. It was all great Metal fun on and offstage but one conversation I had with lead singer Peter Ellis stuck in my head when I got back. Peter had started telling me about the Pro-Wrestling/Heavy Metal connection.

He wasn’t able to finish the conversation because we were listening to Queensrÿche too loudly at the time. Up until that point I’d not even noticed that there was a connection (aside from a vague memory of Kiss having sponsored a wrestler in make up back in the 1990s) but sure enough there is. And it’s a long and curious one.

It turns out that aside from being a Metal God, Peter is also the craftsman behind some of the biggest Pro-Wrestling belts in the industry. So when we got home, I sat him down to tell me all about it.

C’mon then Peter, what’s the connection between wrestling and Metal?

“Pro Wrestling/Sports Entertainment and Heavy Metal have a very strong connection going back to the early 80s with the ‘rock’n’wrestling connection’ with MTV and major rock artists such as Alice Cooper and Ozzy Osbourne making appearances at WWE programming and PPVs.

“It was the introduction of rock/Metal intro themes for pro-wrestlers that played a big part in revitalising pro-wrestling in the late 70s/early 80s and making it part of pop culture, a trend that continues to this day. A perfect example would be the iconic intro heme for WWE legend Ultimate Warrior, based on the main riff from Deep Purple’s ‘Highway Star’, among countless others.

“Another thing worth mentioning is the big connection that Motörhead had with the WWE throughout the years, as they recorded several different themes for WWE superstar and COO Triple H and even performed live at Wrestlemania.

“During the early 00s several nu-Metal acts such as Limp Bizkit, Marylin Manson and more recently Korn and Disturbed have contributed music for WWE superstar themes as well as PPVs.

“Last year was the first time WWE was part of Download Festival with Triple H being given an award by Metal Hammer on stage, presented by Megadeth’s Dave Mustaine. This year WWE returned to Download with their NXT brand which I make all three title belts for: NXT title, NXT Women’s title and NXT Tag Team titles. I also currently make the WWE Cruiserweight championship as well as the newly introduced WWE United Kingdom championship.” 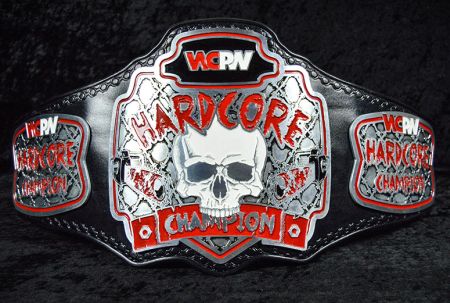 So tell about this belt making that you do?

“I grew up being part of the wrestling business; my father was a well-known professional wrestler in the Balkans. As a teenager I played around with a couple of home-made title belts but nothing came of it since I began to focus solely on my music career. I moved to Los Angeles to join White Wizzard before moving back to the UK and starting Monument.

“It was after many years of being involved with the music business that I thought of picking up a hobby, something that had nothing to do with music whatsoever and the very first thing I thought of trying was to put together a title belt, but this time not just a home-made belt but a real one.

“I started doing research on the internet on leatherwork as well as finding information regarding how to get the metal plates for the belts made and the tools needed to complete the leather straps etc. It was a lengthy process and it took a lot of trial and error as well as a very big financial investment on my part but I slowly started acquiring all the tools and knowledge I needed to at least give it a try.” 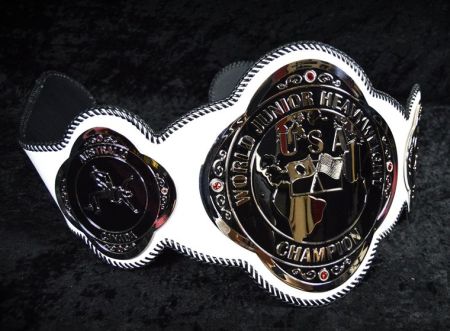 “From that point it was just about perfecting my skills, constantly learning, mainly by studying the work of the true innovator of this line of work, Reggie Parks, the man responsible for making the title belts for WWE in the 80s and 90s. He really doesn’t get as much credit as he should. He quite literally, created the blueprint for everyone since. Simply put, Reggie Parks is the Black Sabbath of belt making.

“So, after my first few belts I thought of sharing my work online, however there was one thing missing. I didn’t have a name for my beltwork. Luckily someone very close to me who happens to be a big fan of Judas Priest suggested the name Leather Rebels and I absolutely loved that idea, so that became the name of my belt business.” 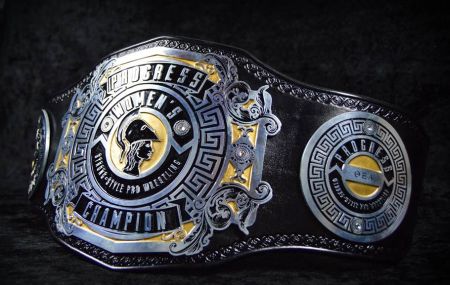 “It wasn’t long before private collectors started approaching me asking if I could make title belts for their personal collections, which was a big turning point. Something that had started as just a hobby was now turning into a real business. And the orders just keep coming in to the point where I started getting approached by indie wrestling promoters both from the UK and the US, wanting me to make their title belts.

“Before I knew it I was making the title belts for the National Wrestling Alliance, the most historic wrestling group in the world, recently purchased by Smashing Pumpkins frontman Billy Corgan, Lip Sync Battle UK on Channel 4 and an ever growing number of indie promotions to the point that right now I make title belts for pretty much all of the big indie wrestling promotions in the UK and several up and coming ones in the States and other places in the world.” 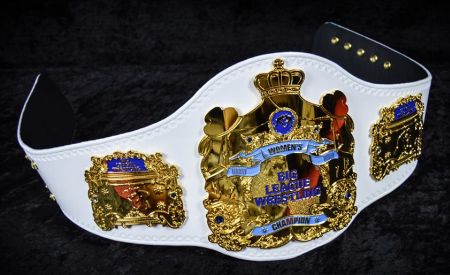 That’s an incredible story Peter. So what do you actually do yourself on the belts?

“I design most of the Leather Rebels belts, the only ones I don’t design are the WWE belts as WWE has their own, very talented artists who come up with their designs. I have my etchers who I have been using for years that etch the plates and then I take it from there. I get them electroplated, I do the enamel work on them and then start on the leather from scratch. Everything Leather Rebels produces is 100% hand made, nothing is mass produced.” 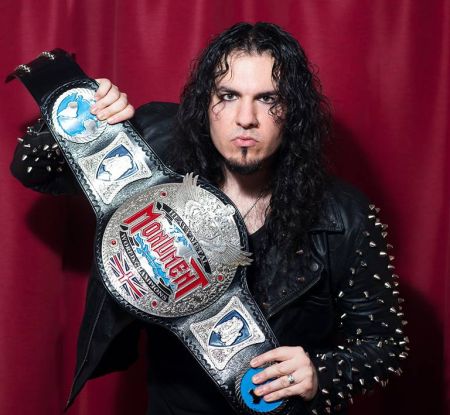 I see you’ve made a Monument belt. Are you planning on making belts for any other rock bands?

“I really liked the idea of Monument having a belt, much like Kiss, plus obviously with me being a belt maker it just made sense. And yes, I have made belts for other bands before, like the belt I made for 2 Cards Of 25. I think the more symmetrical logos like Metallica or Manowar are the ones that work best on belts.” 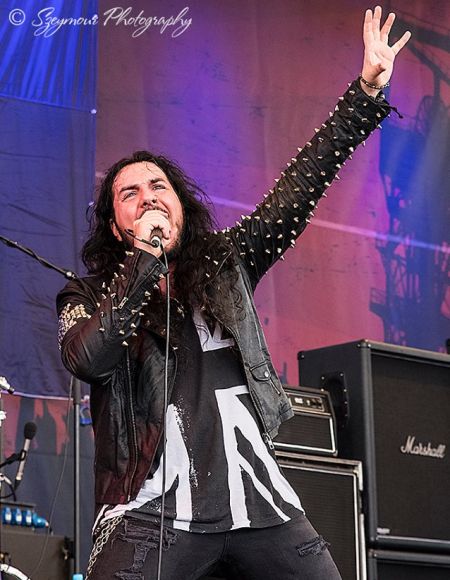 And more importantly, what are Monument’s next plans?

“Next plans for Monument: We are currently doing pre-production on the band’s next album which will be out by this time next year. Really happy with the songs so far. I think it will definitely be a heavier album than the first two but also a lot more mature in terms of song-writing.”