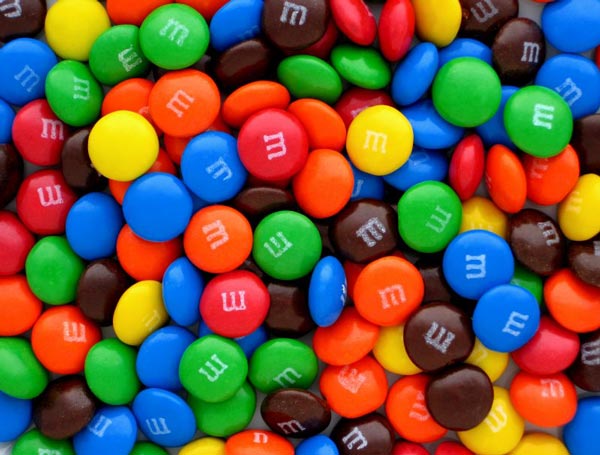 I love a good Rock and Roll legend as much as anyone else, it is just that I have my doubts about the accuracy of many of them. One of those tales is that of Van Halen’s brown M&Ms.

The story goes that Van Halen had stipulated on their concert rider that they wanted M&M candy backstage, but with all the brown ones removed.

In his autobiography ‘Crazy From the Heat’ singer David Lee Roth explained this was not just a childish request, but in fact was a cunning test whereby he could tell instantly if the venue was safe or not.

He reasoned that if a concert venue did put brown M&Ms out, then they cannot have read the rider properly and that they then might also have made other more dangerous errors, such as in their electricity supply or stage weight capacity.

Nobody seems to have doubted this and Dave’s story is repeated verbatim all across the internet.

Even the myth busting website Snopes has fallen for it.

Is it just me that thinks it makes little, if any sense?

First let’s look at the veracity of the M&M story at all. A number of sites have shown part of Van Halen’s 1982 fifty three page tour rider and sure enough it does say in the section on dressing room catering:

“M&Ms (Warning: Absolutely no brown ones)”

So they did request that. That part is total fact.

They actually did ask strangers with dirty finger nails to pick through their snacks in advance.

But have you spotted the flaw?

Let us back track a little, in case you are unsure what a rider is.

When a concert is booked, the band’s management or booking agent send out a contract or ‘rider’, which states everything the venue will have to supply for the concert to happen. This rider includes sections on staging, lighting requirements, PA system, power supply, truck parking, catering, dressing rooms and every tiny detail that is required to make the show.

That’s why Van Halen’s one was fifty three pages long. It is not exceptionally large for a band at their level going into arenas.

I’ve worked as touring crew and in-house crew at venues for many years.

I worked on the London iTunes Festival as stage crew for ten years, dealing with all sorts of massive artists from Britney to Elton to Ozzy. Part of my job was to look at the band’s stage rider and build our stage to their specifications.

Foreigner for example, wanted large drum and keyboard risers and ramps between them. Queens of the Stone Age wanted the stage covered in red vinyl matting and Lana Del Rey wanted lots of potted plants.

We made all that happen for them.

But I only ever saw the sections of their riders that applied to staging. I never saw any of the bands’ dressing room requests or their catering specifications. Why would I? I don’t need to see their full fifty three pages, just the three or four that directly apply to my job.

Likewise of course, the catering staff, busy sorting out brown M&Ms, are not the same people providing safe staging. Even at the smallest of club venues, the person making sandwiches for the band at tea time is not the in house electrician.

The accuracy of backstage snacks is therefore no guarantee of safety onstage whatsoever.

The other problem with this plan is that the road crew will have loaded in first thing in the morning and begun hanging a heavy lighting rig from the venue ceiling and then powering it all up without knowing if it was safe to do so, until the lead singer arrives mid afternoon and checks his M&Ms.

Is this a sensible way to put on a concert tour?

It seems to me, that this is Dave thinking up a story that makes him look really clever, to fit in with the band’s genuinely childish request to have brown M&Ms removed.

They also asked for a large tube of KY Jelly on the same rider. They’re not the first nor the last band to put silly things on their rider and theirs are quite harmless by comparison with some (just Google “crazy backstage requests” and spend a few hours laughing at some celebrities).

So then the question is, if it wasn’t the lead singer and his cunning M&M plan, how did Van Halen keep their concerts safe?

My own whacky theory is that they probably had a very professional and hard working road crew with an experienced production manger checking all aspects of the show well in advance.

I could be wrong, though…

Sources
‘Crazy From the Heat’ by David Lee Roth