The fascinating 40th anniversary series of the re-imagination of Rush’s album catalogue continues with the announcement of the May release of an expanded edition of ‘Permanent Waves’.

The seventh studio album from Rush, ‘Permanent Waves’ was originally released in January 1980 and it marked a change of direction for the three Canadians. The six songs contained on the album encapsulated the breadth of Rush’s formidable progressive chops, but also, importantly, there were tracks included which were more radio-friendly.

On Side One, opening track, ‘The Spirit Of Radio’, roared out of the gate with a fine appreciation of the joy of experiencing great music on the airwaves. It was to become a radio and pub jukebox staple for many decades to follow.

Next came the time signature challenging ‘Freewill’, a manifesto for embracing the independence of making one’s own life choices, while ‘Jacob’s Ladder’ chronicled an aurally cinematic interpretation of the lyrics’ palpably invoked religious imagery.

Side Two commenced with ‘Entre Nous’, a deeply introspective examination of how to bridge interpersonal differences, followed by the moving balladry of ‘Different Strings’ and concluded with the formidable sonic cosmic vortex of the longtime concert favourite, ‘Natural Science’.

There are four exceptional configurations for this 40th Anniversary release. As well as the remastered version of the album, there are also previously unreleased newly mixed live recordings from the 1980 Permanent Waves World Tour.

Geddy Lee, Alex Lifeson and Neil Peart (who passed away on 7th January 2020, aged 67, after losing his incredibly brave 3 1/2 year battle with brain cancer) have sold more than 45 Million albums in their career.

Permanent Waves, the 40th Anniversary edition, is available from 29th May 2020. 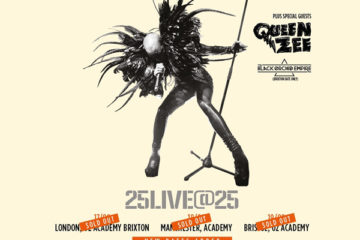