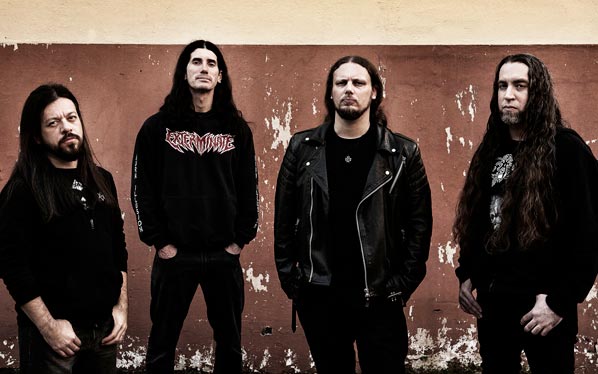 The Brazilian Extreme Metal scene has a reputation for its aural brutality and one of their best examples, Technical Death Metal/Grindcore quartet Burn The Mankind, return with ‘Chaos Matter’, a powerful EP follow up to their brutal 2015 debut album ‘To Beyond’.

‘Chaos Matter’ is a conceptual release where the songs “describe each of the four phases of Human Alchemy, which involves admitting one’s bad side, developing self-awareness, acknowledging the world around oneself and reaching the ascension to achieve syntony with the world in which one lives, thus getting equilibrium.

“The phases refer to chemical elements and their colours, being: black (lead), white (silver), yellow (sulphur) and red (mercury) and each track describes a person facing one of these phases.”

Two of the four new tracks feature guest vocalists; bassist and vocalist of the classic Brazilian Thrash Metal band Leviaethan, Flavio Soares, and vocalist Eder Macedo, from the Brazilian Doom Metal outfit A Sorrowful Dream, and the concept of these two guests is that “one represents the black phase tutor, the other is the depiction of the outside world that needs to be discovered.” 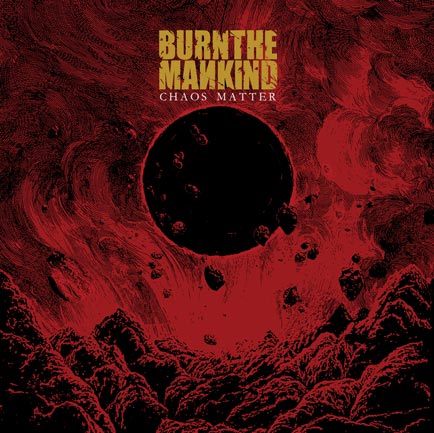 This particular version, released on Emanzipation Productions, as opposed to the Cianeto Discos version (which was released only in Brazil) is an internationally available release and also features three live tracks recorded at Metal Sul Festival, on 2 November 2019, in Bento Gonçalves (Brazil).

‘Chaos Matter’ is definitely an album that takes no prisoners. It is predominantly fast, sometimes technical other times subtly melodic without deviating too far from the densely brutal path with a decidedly dark inclination and a drum dominated sound.

Opening on a dramatic drum opener, which continues to form the backbone of the track, ‘The Red Rise’ has an abundance of squealing lead work early into the track development, adding depth and intensity and taking on a dense, intense chug as it progresses.

‘Sulfur’ has at it’s core a punchy driving drum dominated chug, with the mid-point leadwork lifting the track momentarily and second half spoken acerbic lyrics to complement the growls.

‘Sudden Inversion’ is hypnotically driving with thrashy mid-point leadwork that soars out of the intense clusters of hypnotic riffs.

‘Weigh Like Lead’ is a brutal but well punctuated track, with stunning soaring first half leadwork where tortuous cleans complement the growls in a dialogue. This is a superbly constructed track and possibly my favourite of the album.

The three live bonus tracks; ‘Lies’, from the 2015 full length ‘To Beyond’, along with ‘Sudden Inversion’ and ‘Everyone is Blind’, give you a taste of the raw brutality of a live ‘Burn The Mankind’ performance.

‘Chaos Matter’ is out on Emanzipation Productions on the 31 July.