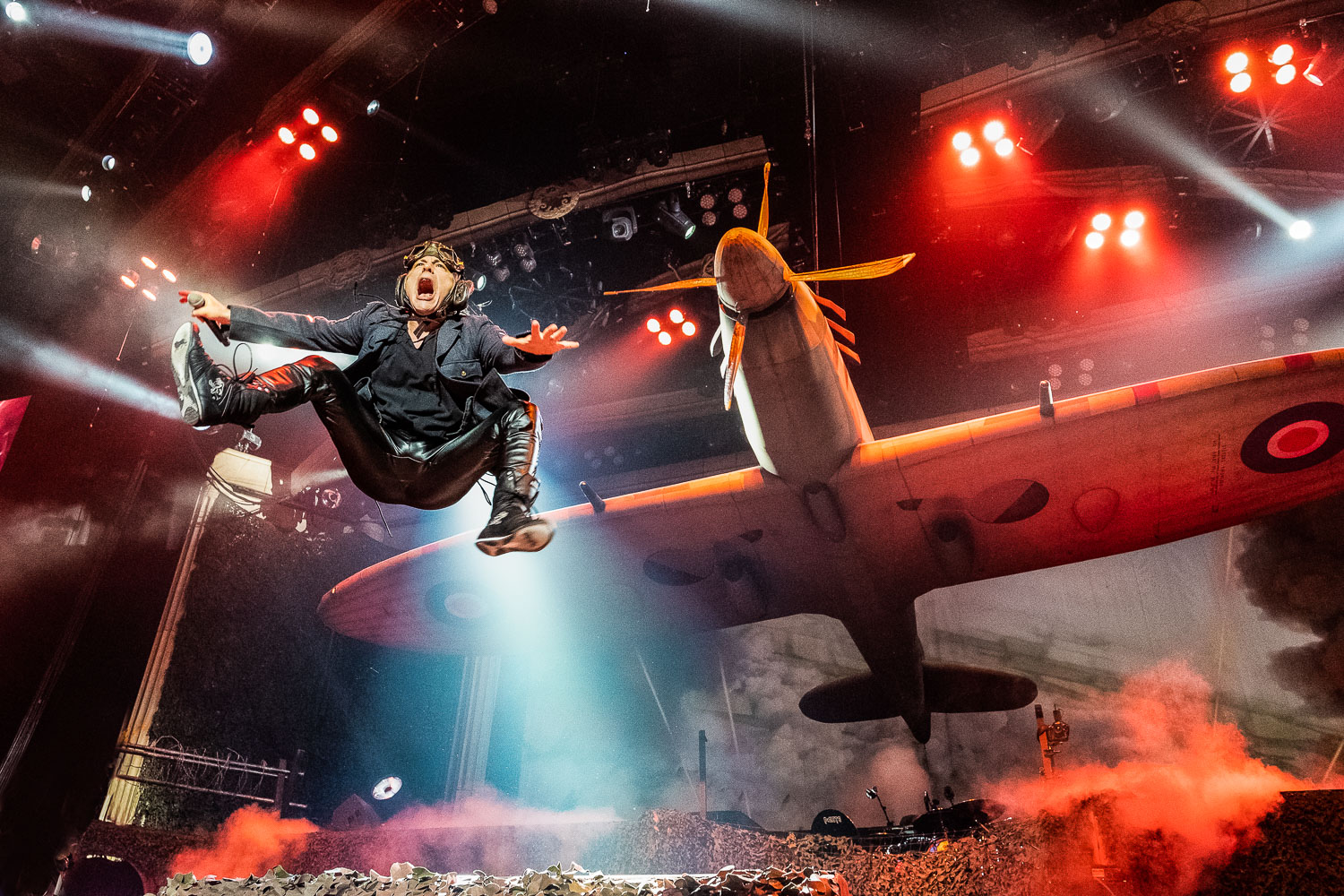 Iron Maiden frontman Bruce Dickinson performed his one-man ‘What Does This Button Do?’ speaking show on Saturday night, February 8th, at Sala Radio in Bucharest, Romania, and you can see his highly entertaining repertoire in the fan-filmed video footage below.

Bruce’s ‘An Evening With…’ performances feature an unscripted question-and-answer session with fans and one question Bruce was asked was what will happen to Iron Maiden after the current members retire?

“‘After the current members retire,’ there’ll be a whole new load of Iron members. We won’t even have to be fucking holograms. You know what I mean?

“You can actually have real Iron Maiden members that kind of look like us but are not us. That’s good. I like that. It’s not a bad idea.

“Then we can just sit back and collect the royalties and do no work. Good idea!

Bruce also confirmed that he will be bringing out a new album wth Roy Z. That will be Bruce’s fifth solo album and first since 2005s ‘Tyrannny Of Souls’, which also heavily featured Roy Z. There is no scheduled timeframe for a release at the moment.

Last month Bruce was made an honorary RAF Group Captain after being enrolled as a member of the 601 (County of London) Squadron, a London-based group of the RAF Reserves, reactivated in 2017 to help shape the RAF’s future with talent from industry and academia.

Bruce has a close alliance with the RAF after taking the controls of an MoD-chartered 747 in 2008 to bring its pilots home from Afghanistan to RAF Wittering in Cambridgeshire.

An RAF source said: “It’s absolutely fantastic that Bruce has been made an honorary Group Captain. He’s a keen aviator and loves the RAF. He’s a first class bloke. His two big interests outside of music are flying and fencing.”

Iron Maiden resume their much-lauded ‘Legacy Of The Beast’ world tour on May 1st 2020 with six Australian dates before gigs in New Zealand, Phillipines, Japan, UAE and Israel. The tour arrives in Europe on June 6th with dates in seventeen countries including Download Festival on June 13th and Belsonic Festival in Belfast on 15th.

AN EVENING WITH BRUCE DICKINSON